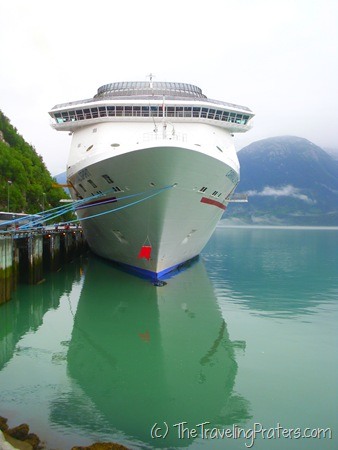 Stepping off the Carnival Elation at the end of our 5 day/4 night cruise to the Western Caribbean, my husband and I swore we would never cruise again. Ever. Nothing was going to get him or I,  back on that ship or any other.

When my friends told me that they’d booked an Alaskan homeschool cruise, I laughed and told them to have fun. We weren’t going. That lasted until my mother-in-law admitted to my husband that she longed to cruise again. With Grandma on their side, our kids chirped up and confessed that they would also enjoy another cruise. At Christmas, four short months after our cruise to Mexico, we decided to try again. Besides, who doesn’t want to visit Alaska?

We booked our cruise through our travel agent and Carnival once more. This time I did a bit of research on Cruise Critic and discovered that though the cruises to the Caribbean are fairly party oriented, the Alaskan cruises typically aren’t. The cruises are a bit more costly and tend to draw an older crowd.

What I Loved About our Alaskan Cruise 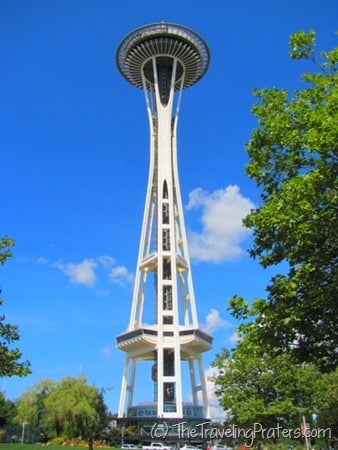 1. The cruise port is in Seattle

Seattle is an awesome city. The moment I stepped off the plane and felt the lack of humidity in August as compared to Ohio or worse, Alabama, I found it very appealing. 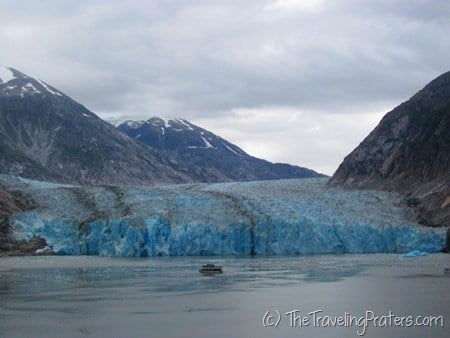 On our 1st cruise we had paid for an ocean view room but didn’t spend much time in our room so we decided not to spend the money on our second cruise. I really wish we had splurged and upgraded not only to an ocean view room, but to a balcony room. It would have been perfect to grab a blanket and sit outside our room, taking in the passing scenery as we sailed along the Alaskan Marine Highway. 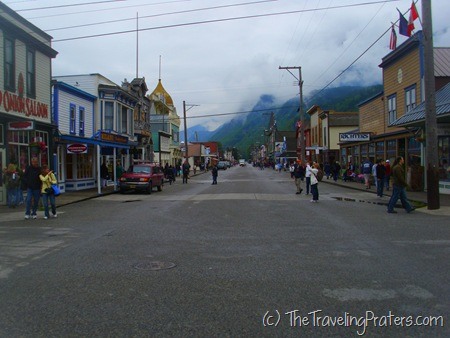 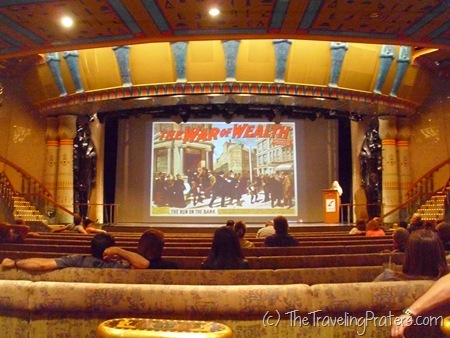 We found more family-friendly entertainment on our Alaskan cruise.  An onboard naturalist, programs from the National Park Service, a very entertaining storyteller, family-friendly comedians, ballroom dance classes, and craft make and takes are just some of the programs that appealed to my family.

As we found in our first cruise, the service was once again amazing.

What I Disliked About our Alaskan Cruise

While I wasn’t thrilled about the kids clubs on our first cruise, my husband and I did allow the kids to participate in many of the activities and hang out in the club; we planned for them to do the same on the Alaskan cruise. It didn’t work quite the way. Our oldest son had turned 18 three weeks before we sailed. Even though he was still in high school, he wasn’t permitted in the club with his siblings. I did speak with Carnival’s customer service (and had spoken to our travel agent prior to sailing) and they made arrangements for him to accompany his brother and sister, but he didn’t like me meddling and decided to skip it.

I can understand Carnival’s position, 18 years olds with minors and all,  but this left my son without much to do. Too old for the kids clubs and activities and too young for the adult clubs and activities. He did hang out with my husband and I (which was great for us- but he was a bit disappointed).

2. The Lack of Supervision in the Teens Club

One night my husband went in the kids club looking for our 16 year old and was appalled to see the kids “practically screwing on the dance floor” (his words) while the counselor looked on. Turns out that the “creepy dancing” was the reason that our daughter chose not to participate in any teen activities that took place in the club. 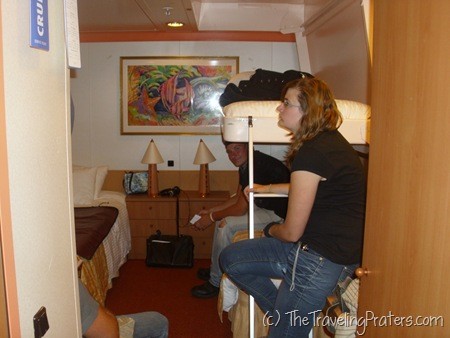 3. None of the Rooms Hold Five Passengers

Unlike the Carnival Elation, the rooms on the Carnival Spirit would only hold four passengers. Our family of five had to get two rooms. This isn’t terrible, especially since it was a 7-day cruise and my husband and I were sure to welcome some alone time throughout the week. What we didn’t like was it took 7 minutes to reach our children’s room from ours. Though they were on the same deck, they felt as though the couldn’t have been too much further apart.

There may not have been a tropical storm brewing in the Alaskan waters, but it did rain which produced enough wind to jostle the boat around a bit. Since our room was at the very front of the ship, we really felt the movement. It was alright if it was naptime because the rocking lulled me to sleep but it really sucked when attempting to walk throughout the ship.

The rain and fog also obscured the beautiful views that we had thoroughly enjoyed.

The ship was crowded and it was hard to get around at times. I also thought people were a bit ruder and ill-mannered than our first cruise.

One night while waiting in-line for the dining room to open a lady in a scooter buzzed by really fast, running over the woman’s foot in front of me. A friend of mine got her breakfast tray dumped on her by someone who wasn’t watching where she was going. At breakfast the table beside ours placed all of their dirty trays, plates, etc. on our table because they didn’t want them on their own. I’m not sure what made them think we wanted them on our table and it’s a good thing I don’t always spit out the words circulating in my head.

I also want to add that I believe the reason it was so crowded was that we were on the last Alaskan cruise of the season- the weather was a bit cooler and the added rain didn’t allow people to spread out onto the open decks during breakfast and lunch.

Will we sail again?

There you have it, the lowdown on our Alaskan cruise. Will we sale again? Maybe. Maybe not. If the entire cruise had been like the magical first three days, the answer would be YES! But it wasn’t, so it’s not.

If we ever decide to sale again it will have to be for a shorter duration- seven days was just too long for us- and the ship will have to offer more entertainment. Though this cruise offered more than the first we’d been on, there was a lot of time that we really didn’t have anything to do. I typed blog posts, I read books and I slept. A lot. My husband watched a lot of TV. My kids had mixed reviews. Of the three of them, only my very social 16 year old can say that he loved the experience. My 18 year old and nearly 15 year old weren’t nearly as thrilled.

Our thoughts? This cruise cost considerably more than our first. My husband and I both walked away wishing that we’d taken that money, purchased a flight to Alaska and selected our own itinerary. Join me tomorrow when I share what else we would have done differently and why.

Have you cruised to Alaska? How was your experience?

Other Posts that you may Enjoy

Five Free Things to do in Skagway

How to Miss your Flight in Three Easy Steps