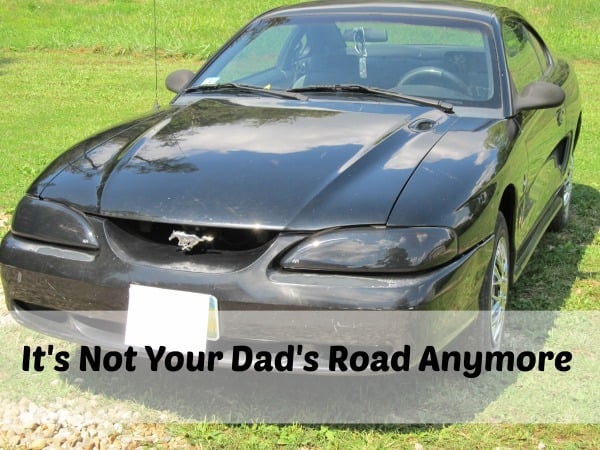 A lot of things have changed since your parents were learning how to drive—and not just because a lot of the cars on the market back then still had cassette decks in them instead of mp3 player USB ports and blue tooth and self-driving capabilities. The laws are a lot different now. Teen driving laws are much stricter regarding what teen drivers are and aren’t allowed to do when they are behind the wheel of a car.

In the 1980s and 1990s, all a teen had to do to be insured was have their name added to their parents’ policies. The rates rise that much with the addition of a teen driver. Today, many states and policies require that in addition to having passed a driver’s ed course, you also need to do well in school without facing a dramatic rate hike.

When your parents were learning how to drive and taking the car out on their own for the first time, there were two things to distract them:

·  People in the car

That’s it. Today’s teens face many more distractions- smart phones, GPS programs and blue-tooth enabled internet that you can access by pushing a button on your steering wheel vie for your attention in addition to the music and friends. I didn’t even mention the dangers of texting.

Today, most states have laws that ban texting while driving, according to a report put out by the Association for the Advancement of Automotive Medicine. In some states, teens aren’t even allowed to talk on a phone while driving—even while using a hands free device.

Friends In the Car

Your parents’ may have celebrated when they got their license, by piling all their friends in their car and going out for a cruise or joyride.

Today, if you’re a new driver, you’re unlikely to have that privilege. According to the New York Times, most states now have very strict laws in place that restrict both the numbers and ages of the passengers of a car being driven by a teenager.

What They Had to Know Vs. What You Have to Know

One of the most feared parts of your parents’ license test was parallel parking. This was because, even tapping one of the cones (used to represent a car bumper) could result in instant test failure—and the rest of the test wouldn’t even take place. Today, you’ll likely be asked to do some street parking after your road test but it isn’t viewed as the “must pass” portion that it once was.

There are so many things that have changed since your parents learned to drive. Don’t be surprised if you know more about traffic laws than they do!