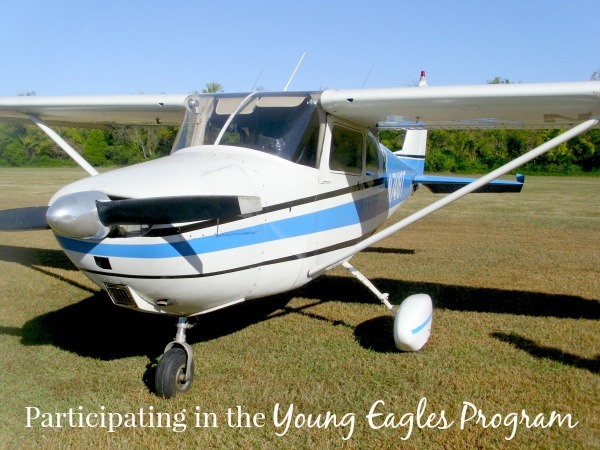 When my boys were little, they wanted to grow up to a policeman, fireman or soldiers. It wasn’t until they were teenagers and took their first non-commercial plane ride in the Young Eagles program that they added pilot to that list.

My boys are now too old to participate in the Young Eagles Program, which is for children between the ages of 8 – 17. The program is free and allows kids to experience a flight with an experienced EAA member volunteer in a general aviation airplane. My boys both flew in a Cessna 172 Skyhawk.

That first flight was all it took to hook them in what they thought would be a fantastic pastime. Since we lived in Alabama at that time, they talked about how cool it would to be pilots and fly back and forth to Ohio to see their friends and family for the weekend. They also thought it was pretty cool that they could potentially have a pilot license before they ever had a driver’s license. We’ve bypassed that stage now, as both the boys’ have been driving for several years.

I encouraged their interest and looked into local pilot classes. I even picked out fun Christmas gifts for them in the pilot shop.  The online store has a selection of gift ideas for aviators and student pilots.  I wish I’d discovered the Young Eagles program when they were younger. Now they are at the age that they’d rather jump out of planes then fly them.

The Young Eagles Program can be found throughout the United States and around the world, designed to introduce children to the adventure of flying and encourage them to pursue an aviation career.

What to Expect from the Young Eagles Program

1) Locate a Young Eagles Coordinator near you and schedule a flight.

2) Arrive at the airport on the day of your appointment, locate the Young Eagles registration table  and fill out a registration form.

3) Your child will be teamed up with an experienced pilot that is part of the EAA Program.

4) The pilot will give your child a brief tour of the plane that includes a pre-flight inspection of the plane and a look at the instrument panel.

5) The flights typically last for 15 –20 minutes.  My son was excited that the pilot actually allowed him to fly the plane once they were in the air, but I don’t know if that is part of the normal routine.

6) On the ground, your child should be presented with a logbook and certificate. The  registration you completed will be submitted to the EAA Young Eagles Office and your child will officially be registered in the World’s Largest Logbook.

The Young Eagle’s Flight Plan doesn’t stop with that first free flight, but continues with an EAA Student Membership that will allow your child to enroll in a free flight training course. After completing the first phase of ground school your child will receive a voucher for their first flight lesson free of charge. After completing the program, children are eligible to apply for scholarships to pay for flight training at the school of their choice.

Have you heard of the Young Eagle’s Program? Have your children participated?

Take a Ride on The Hocking Valley Scenic Railway
← Previous
Cedar Point: The Weekend I Conquered my Fears
Next →
Click here to cancel reply.

Rachael @ Nothing if Not Intentional

I love this! Someone share this with me on my facebook page today (because we were talking about kids soloing an airplane.) I'll share it with all of my readers later tonight. Great info!

I'm glad you found it helpful. Thanks for sharing, Rachael!

Oh I love this program. Kate did it two years ago. Her pilot was fantastic and encouraging. She had hoped to go further with it but got caught up in her dual credit classes. Fantastic program.