The gravesite of Johnny Appleseed is listed as a roadside attraction on the Roadside America website, but that’s not the reason I sought out this site. Read more below. 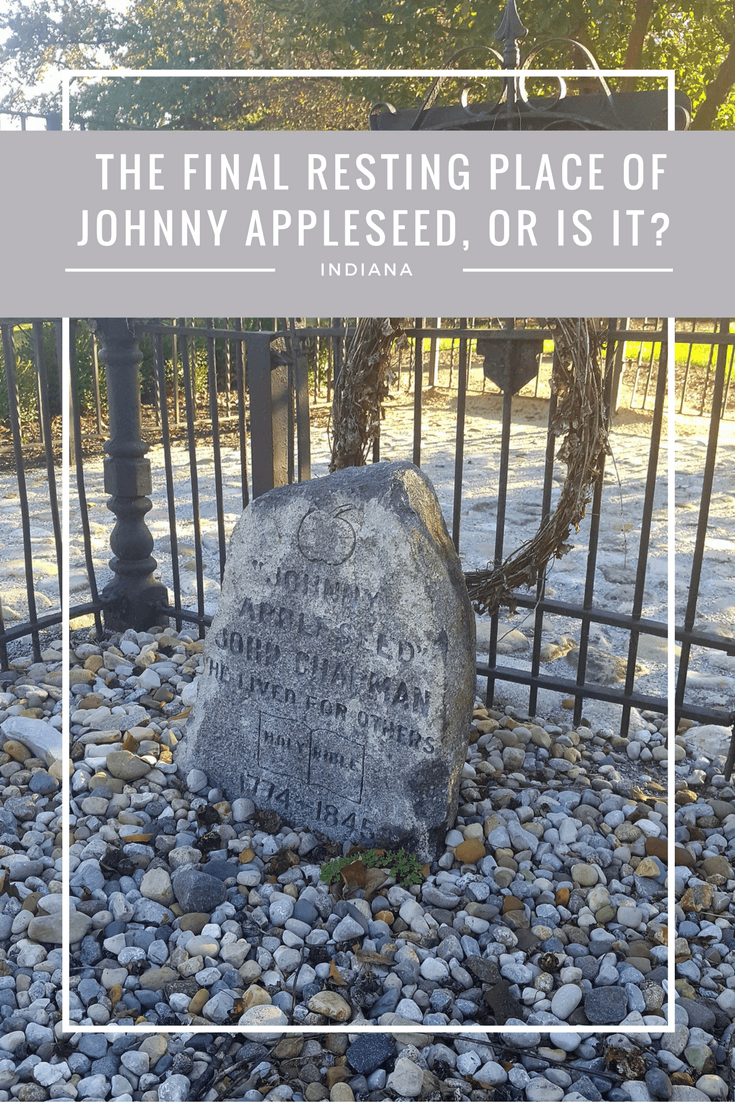 Johnny Appleseed was born John Chapman in Massachusetts. He has been the center of tall tales for generations. We’ve been told that he wandered throughout Ohio, Pennsylvania, Indiana, and other Midwestern states barefoot, with a saucepan on his head, planting hundreds of thousands of apple trees.

We do know that he planted nurseries all over the Midwest, whether he did that barefoot or wearing a saucepan, we don’t know. And while there is controversy on the true story of his life, there is also controversy surrounding his death and exactly where he was buried. 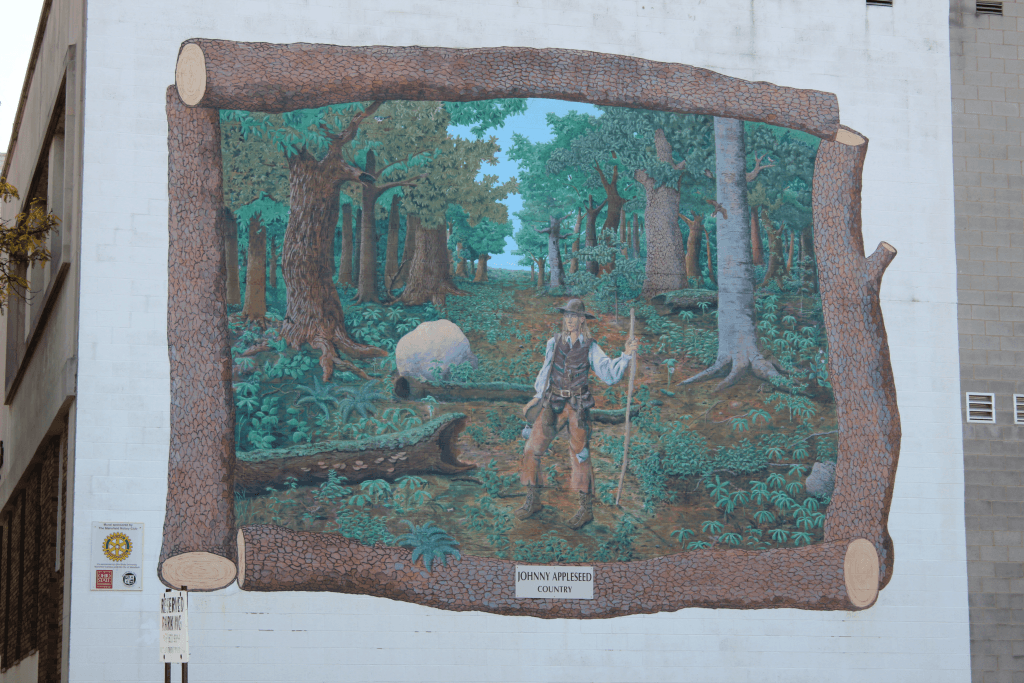 I grew up near Mansfield, Ohio. Johnny Appleseed is kind of a legend in these parts. A painting of a tall man surrounded by trees graces the side of one of the buildings in my hometown and nearby there’s a historical marker tells of a run he made to Mt. Vernon, a town 30 miles away to get reinforcements when the area was about to be attacked by Native American tribes. Some years ago, an amphitheater named after this larger than life hero was opened as an outdoor theater to share his life story with the masses (the play is no longer offered). We even boast the Johnny Appleseed Scenic Byway where numerous monuments and historical markers mark the route leading to sites of historical significance in the life of our famed citizen who is said to have lived in and around the surrounding area from the years of 1810-1830. I guess you could say that I thought Mansfield had kind of claimed the figure as their own. 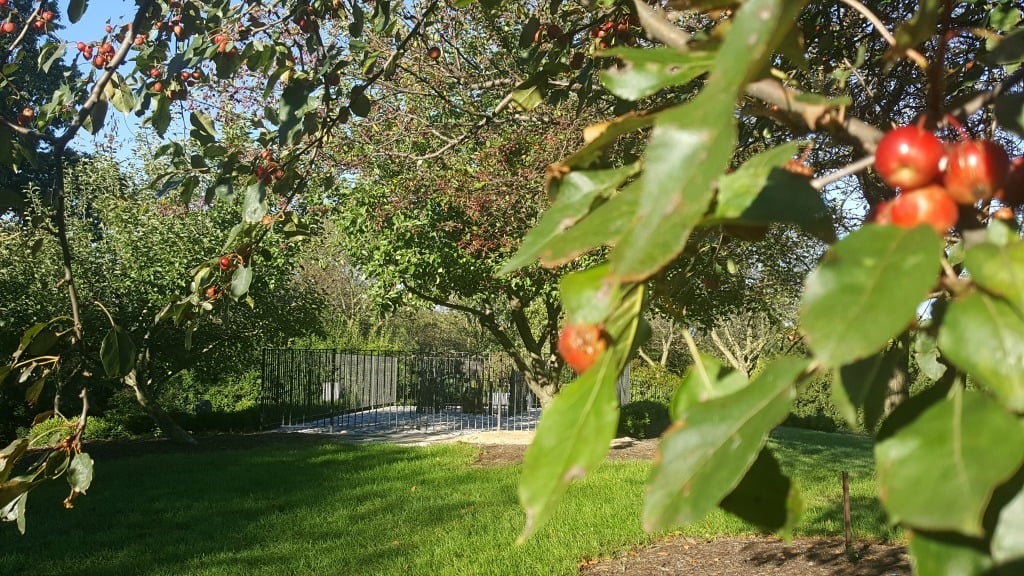 And then I took a road trip two and a half hours away to Fort Wayne, Indiana. Imagine my surprise when I learned that they hold an annual Johnny Appleseed festival, have a park named after him and claim to have his gravesite as well. 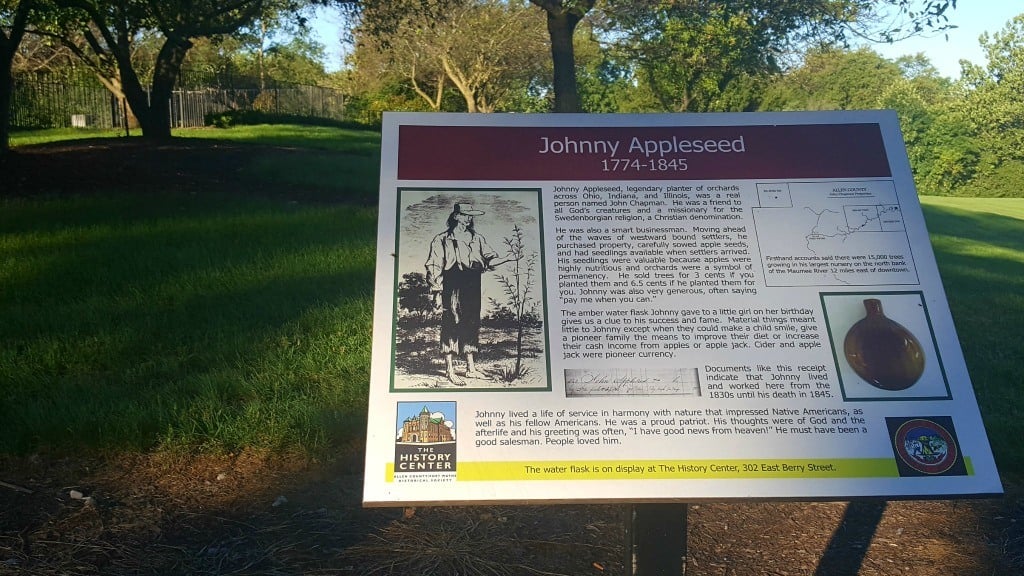 I won’t begin to speculate, but I do know that there is a gravesite in Johnny Appleseed Park in Fort Wayne. Whether this is his final resting place, I couldn’t tell you. Some sources say that he could be buried on the other side of the river. What I do know, is that I couldn’t leave Fort Wayne without seeking out the gravesite of this nineteenth century superstar.

The grave sits upon a hill surrounded by a black wrought iron fence. You’ll find a placard at the bottom of the hill that shares a bit about the life of John Chapman. The gate is not locked and you’re welcome to open it to get a closer look at the simple tombstone that is decorated only with an outline of an apple and the Holy Bible.

The tombstone simply reads:
“Johnny Appleseed”
John Chapman
He Lived for Others
1774-1845 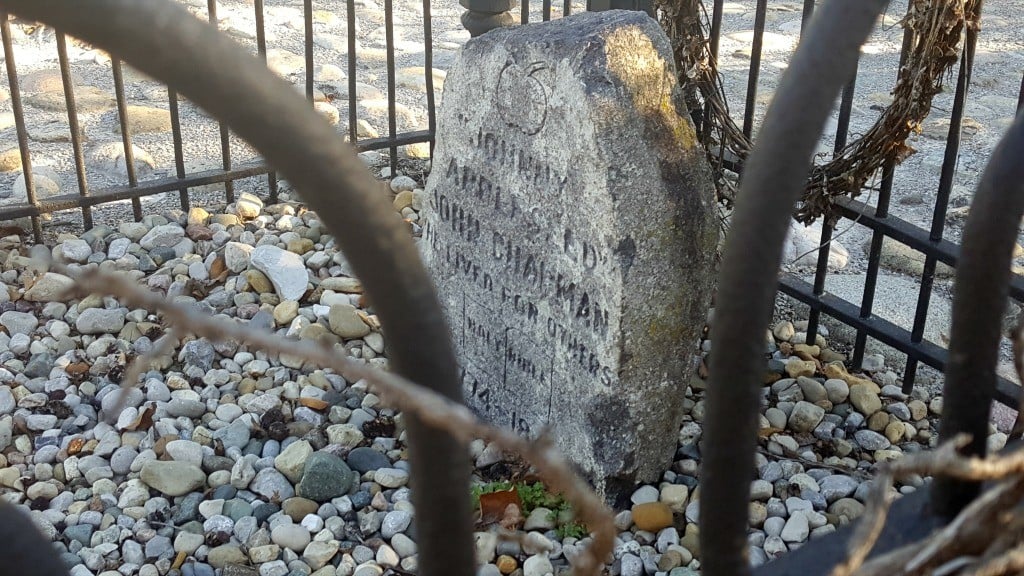 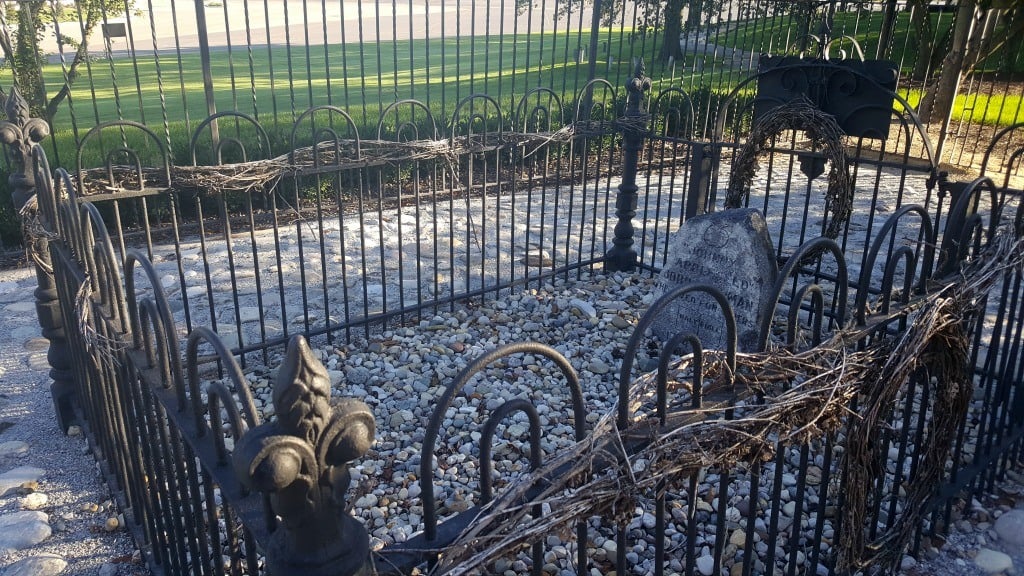 Directions to the gravesite:

Drive south on Parnell Avenue and drive past the Allen County War Memorial Coliseum (at 4000 Parnell). Just past the coliseum, you’ll see a small driveway on the left, turn left here and follow the road to the end where it loops around. You’ll see the grave at the top of the hill.

Have you been to this site? Would you go?