Life with an Older Dog #AwesomeAsEver

Do you have an aging dog? Our dog has been all over the country with us. It wasn’t until recently that I realized that he has become an older dog and is no longer the young pup he once was. This post shares the ups and downs of our lives over the past few years with Vincent and the step I’ve taken to ensure that he’s around a bit longer. 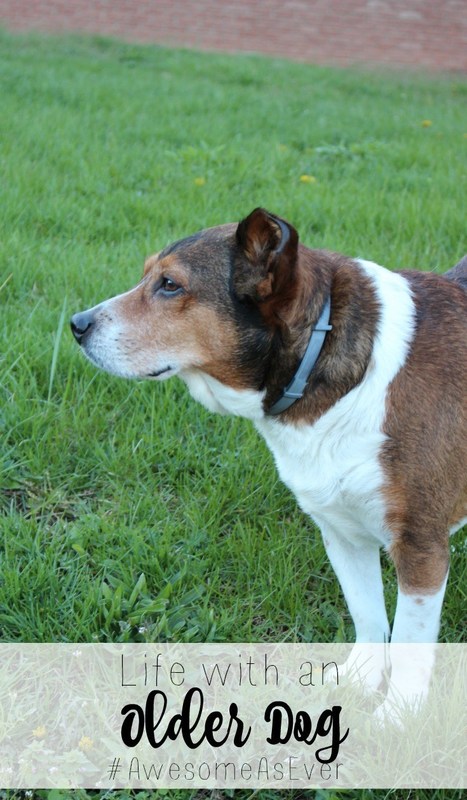 This post is sponsored by Hill’s® Science Diet® Youthful Vitality pet food for cats and dogs over the age of 7, but The Traveling Praters only shares information we feel is relevant to our readers. Hill’s Pet Nutrition, Inc. is not responsible for the content of this article.

Life is all about change.

Jobs change. Kids grow up. People move. And we all get older.

Life doesn’t stand still and that’s true even for our four-legged friends. 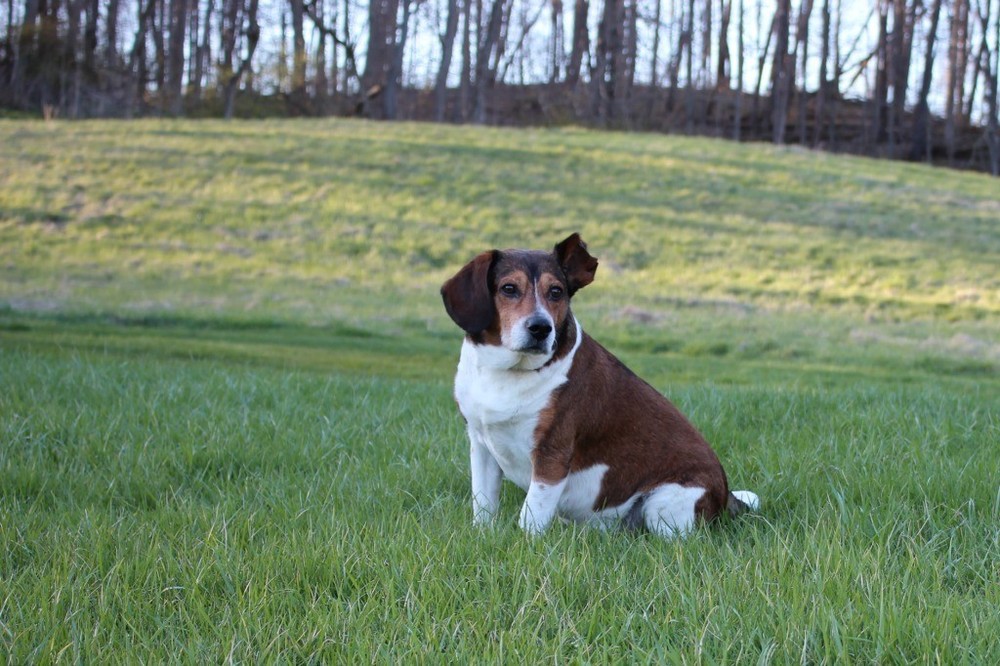 An abused pound rescue (just look at that ear), we adopted him when we thought we could give him a stable life. Imagine our surprise when two months later we found ourselves back on the road, traveling with my husband’s job, and living out of hotels.

Vincent went with us. And he took it all in stride, even when that move turned into living in a 31-foot motorhome for a year and a half. He adapted. We all did.

That was nearly ten years ago. 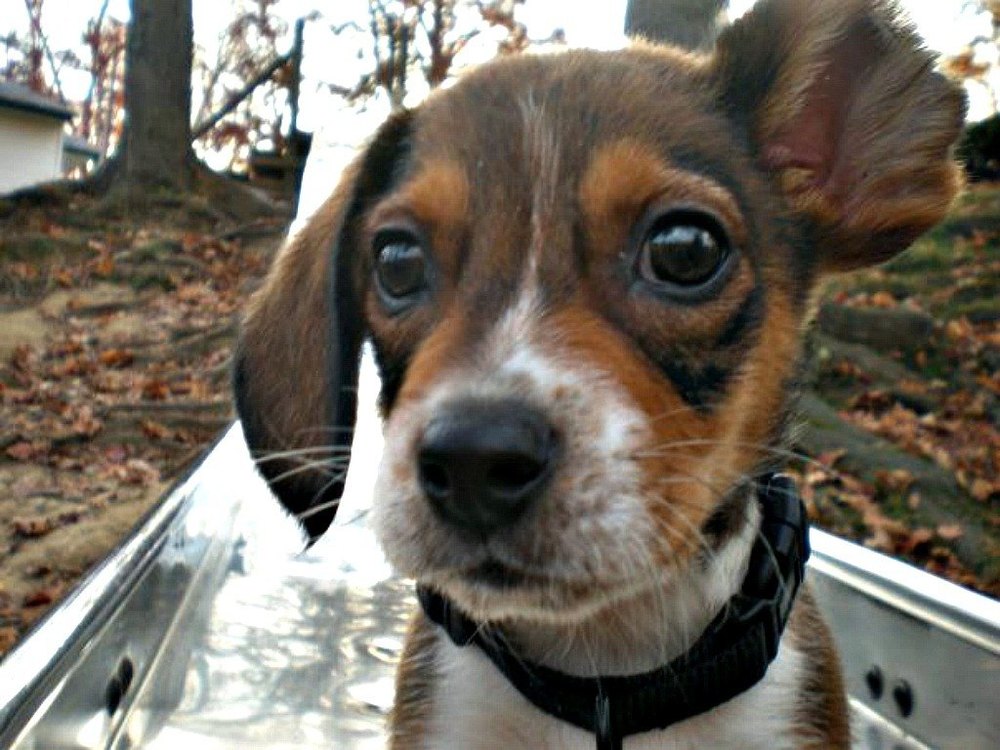 Vincent as a tiny pup

We moved out of the RV and moved two times before finally settling back down in our home state of Ohio.

Everything was comfortable for a few years until the kids began to grow up and test their wings. Vincent has endured…

Two kids on long-term mission trips out of the country.

Two of the kids moving out into their first home.

My husband and I had even planned to become full-time RVers again and take Vincent with us. 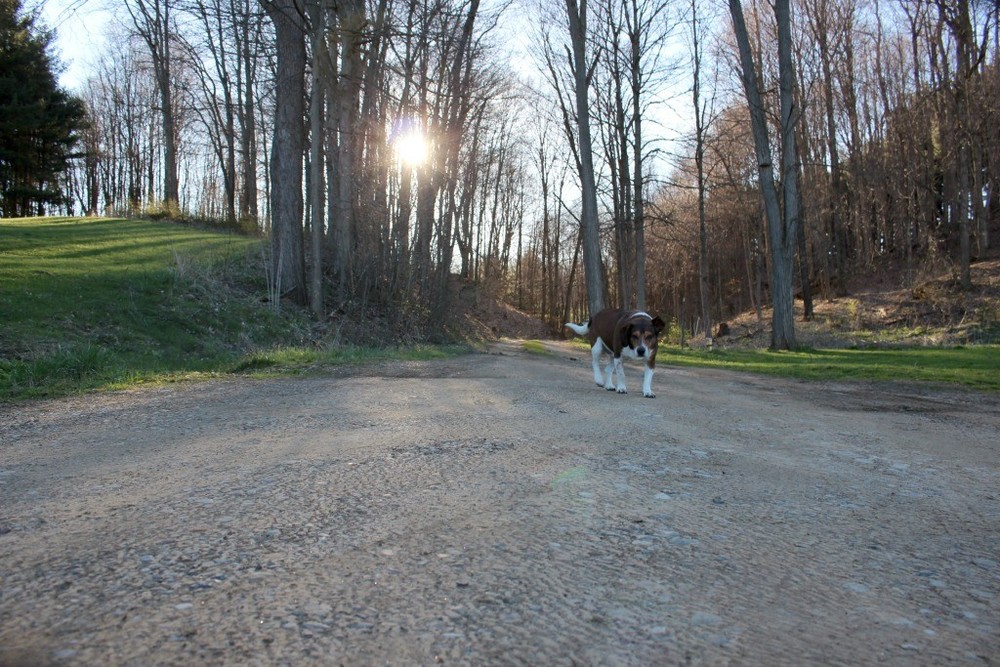 But then Vincent’s beloved best friend, the new pet, Oscar disappeared. Vincent became despondent. He wouldn’t eat. He didn’t play with his toys. He would lay on the carpet with his head between his paws for hours at a time. I noticed that our once happy go lucky puppy Vincent, was no longer a young pup. He had aged over the years just like we had.

At age 10, Vincent was now an older dog.

Like other Senior dogs, he was slower getting up from a sitting position than he used to be.

He was losing steam before running all the way around the pond on his walks.

I knew it was time for a change.

I subscribed to a subscription box service just for dogs that delivers toys and new treats once a month. He liked that for about five minutes.

I took him on more frequent walks but he was only happy when we were on the walk. 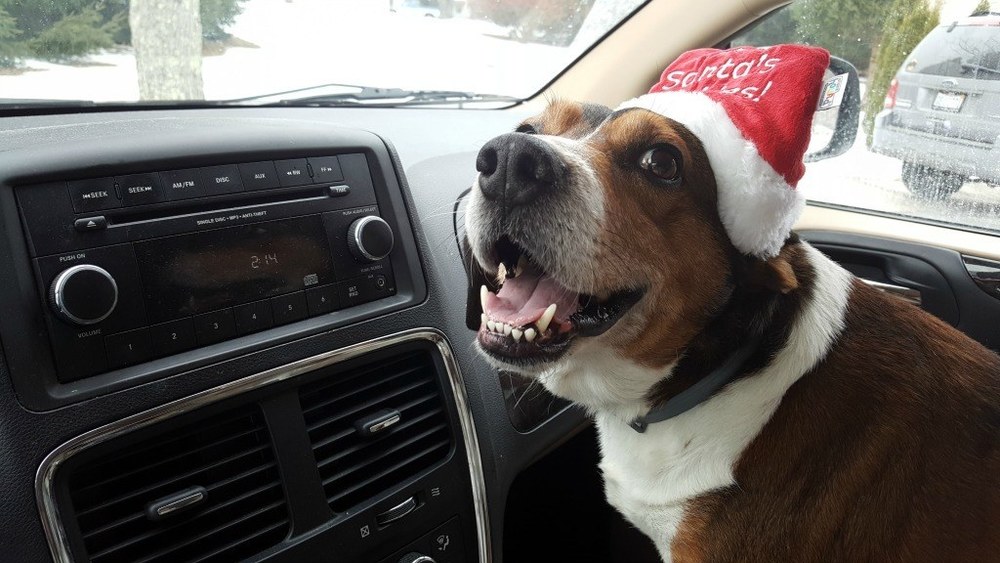 We started to take him bye-bye with me again.

I even canceled a couple of our trips so I could stay home with him.

How to Care for Dogs over 7 Years Old

And when given the opportunity to review the NEW Hill’s® Science Diet® Youthful Vitality for two months, we decided to change his food. Formulated for dogs that are over 7 years old to help fight the effects of aging through nutrition scientifically formulated to help support your dog’s ongoing vitality through increased activity, interaction, and mobility. 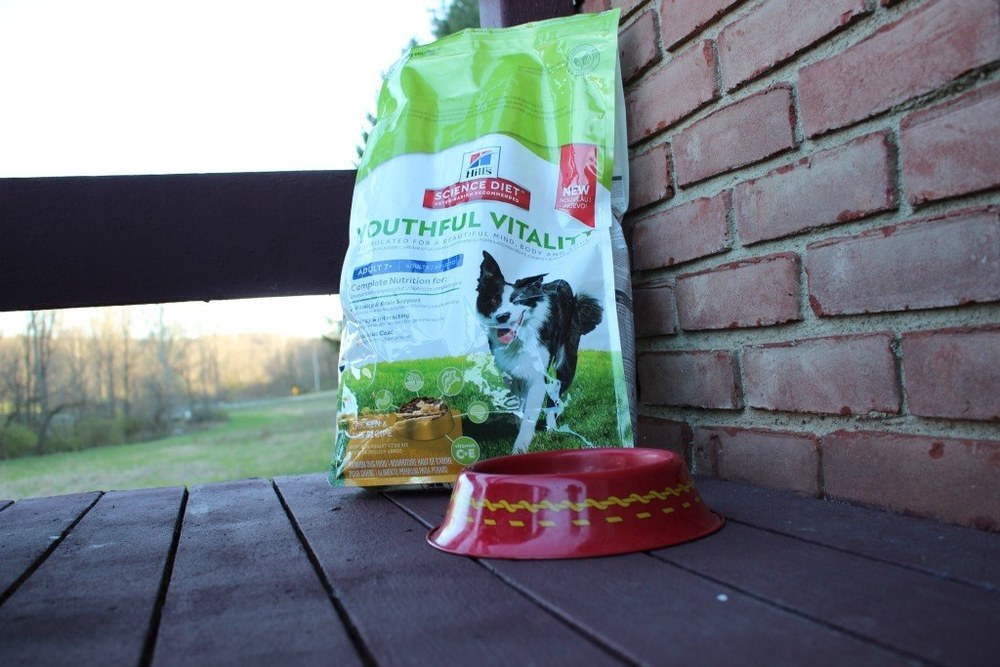 You may recognize some of the Tell Tails signs of aging in your pet.

Does your pet have a hard time finding his bed or doing ordinary tasks?

Is your pet socializing with you less than before?

Is your well-trained pet going where they shouldn’t?

Have you noticed changes in your pet’s sleeping patterns with more awake time at night?

Like me, if you answered yes to any of these signs, it may be time to talk to your vet. The American Animal Hospital Association (AAHA) suggests that pets over 7 years of age have a senior screening. Your vet can help you customize a plan for your dog, including nutritional considerations.

Regular vet visits and a change of your dog’s food are two things that help older pets continue to remain healthy. 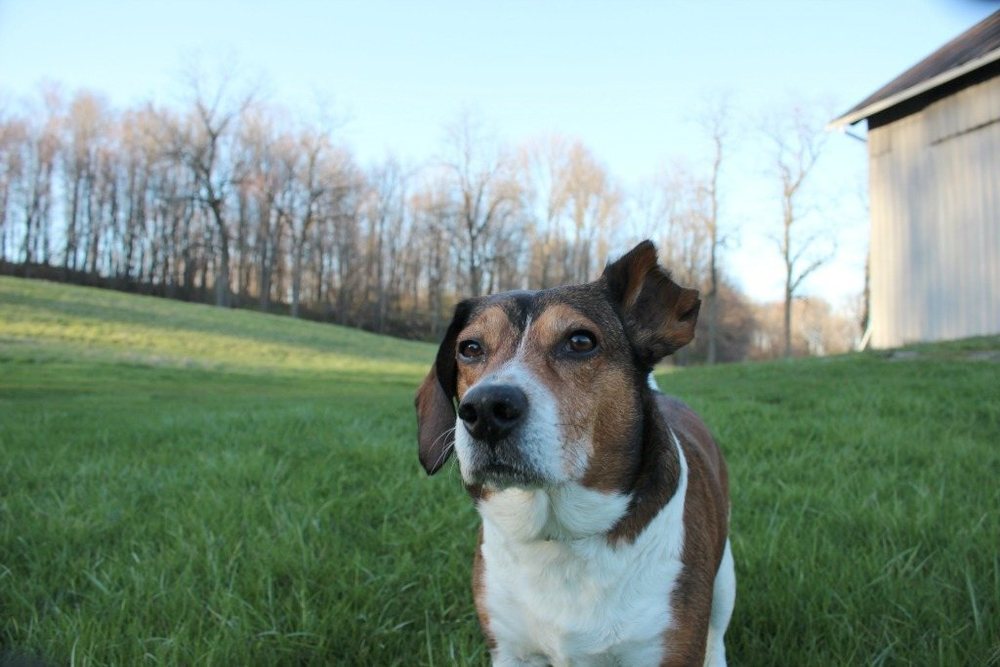 In “people years”, Vincent is 60 years old! Hill’s has carefully studied the impact nutrition has on our pet’s – both cats and dogs- and has determined that aging happens from the inside out. Just like humans, it’s important to consider what we put in our bodies as well as what we feed our pets. The NEW Hill’s Science Diet Youthful Vitality is formulated with ingredients to help brain function, energy and vitality, a healthy immune and digestive system, and a luxurious coat.

Vincent has been eating Hill’s Science Diet Youthful Vitality Chicken and Rice Recipe food for eight weeks. He was very excited when the boxes were delivered because he knew they were for him. I tried hard to follow the directions for switching a dog’s food gradually, but Vincent is sharp and he’d pick out the “new” food and leave the old in his dish. I was hopeful that he would snap out of the funk he was in immediately but that didn’t happen. 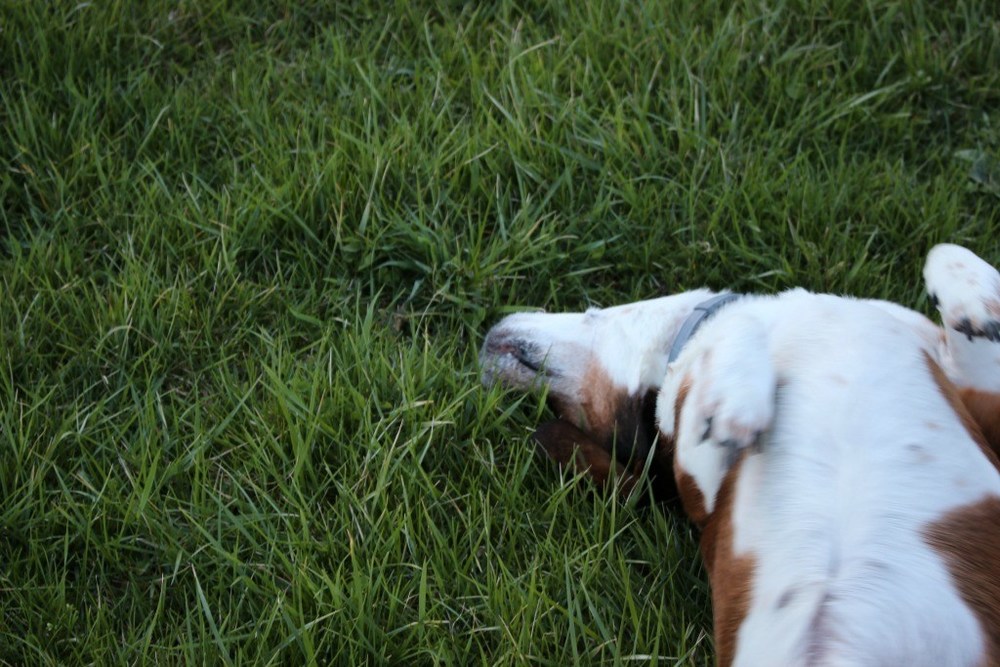 While he loved his food, he tended to love it a bit too much and wanted to eat it ALL the time. I realized that some people in my family were overfeeding him and not sticking to his schedule. 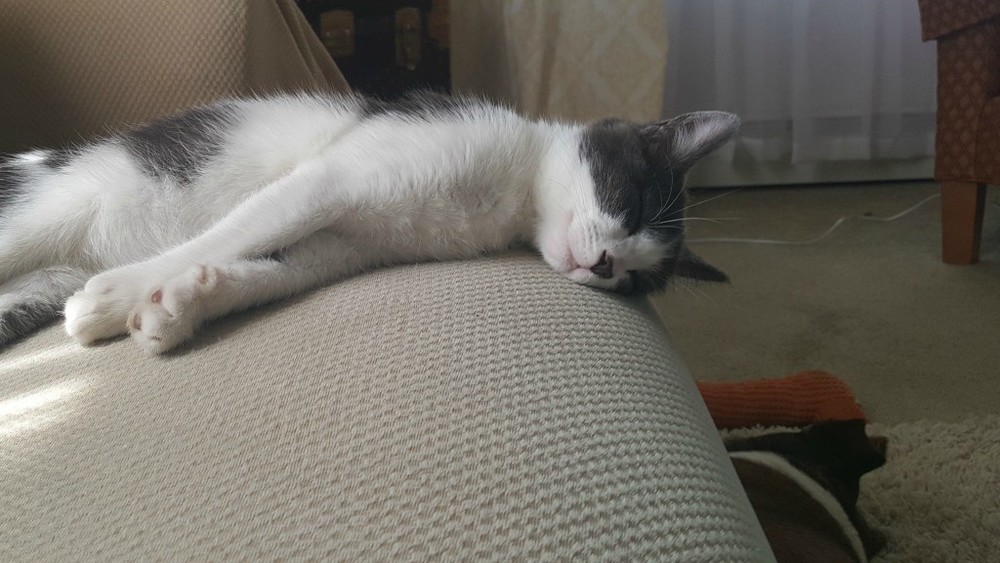 After he’d been on his food for six weeks, someone dropped a kitten and a very hungry mother cat off at our country home. They became a godsend. Oscar was not forgotten, but Vincent and our new kitten Willard quickly bonded and have become fast friends. Vincent spends so much time chasing after the kitten that I worry he’s not resting enough. Does his food give him this energy? I’m not sure. But I do know that I’m thankful that my older dog is almost acting like a puppy again. 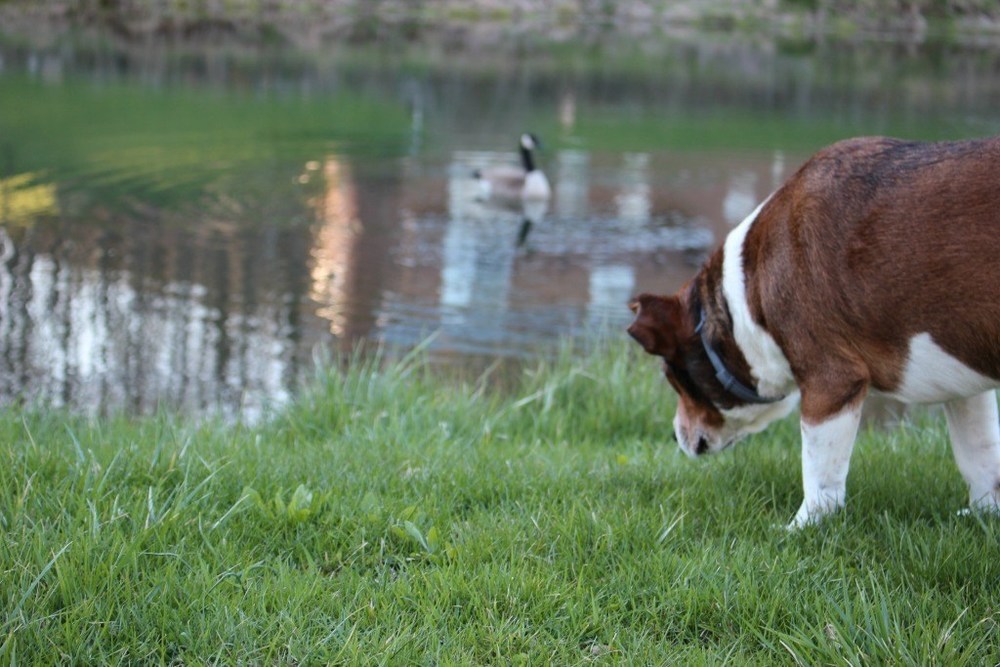 Chasing geese into the pond

It’s important to my husband and me that Vincent has the best care he can have. After all, how will he keep up with us on our van camping expeditions if he doesn’t have any energy?

You can learn more about the science behind the NEW Hill’s Science Diet Youthful Vitality food for dogs over 7 years old and learn how food reverses the aging process with interactive gene maps at the Hill’s Pet Nutrition website. 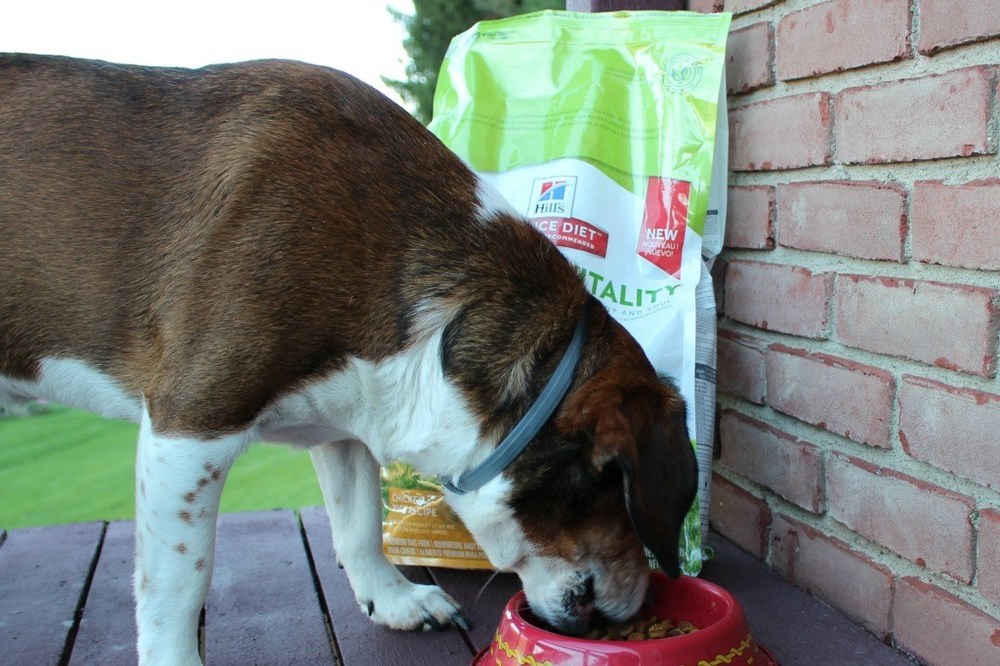 You can also follow Hill’s Pet Nutrition on social media to learn more about their products and research.

Do you have pet’s over the age of 7 that may benefit from a new diet? Watch this video about the benefits of Hill’s Pet Nutrition and grab some online coupons to save money on your first purchase.

This is a sponsored conversation written by me on behalf of Hill’s® Science Diet® . The opinions and text are all mine.

These are great tips to keep in mind when we get to this point. Vincent has definitely endured a lot of craziness, but sounds like he is a loyal friend!

Vincent is definitely a trooper!