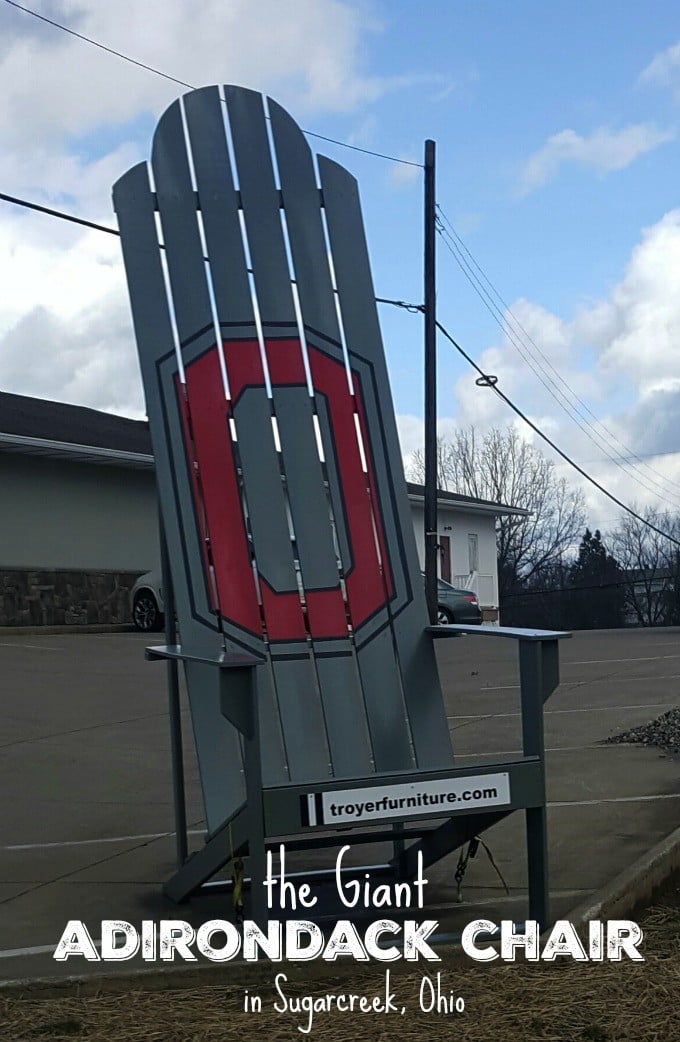 Remember the World’s Largest Cuckoo Clock that I mentioned a couple weeks ago? Well, if you’re planning to stop by, you should add the Chair of Giants, a 12-foot tall Adirondack Chair to your list of roadside attractions to see in Sugarcreek, Ohio.

Located only a few minutes from the Cuckoo Clock, this giant, red wooden chair was built by local craftsman and is proudly displayed in the parking lot of Troyer Furniture. You’ll find the attraction at 985 W. Main St. And if you’re nervous about having a seat and playing around, don’t be. Troyer’s welcomes visitors and encourages you to have fun and take lots of pictures in the giant chair. They also welcome you to share your photos on their Facebook page.

I know it’s a little hard to imagine how large a 12-foot tall chair is, isn’t it? Maybe this picture will help. I should have taken a picture of the girls’ standing by the chair but it was early morning, we were less than an hour from home after driving through the night from Florida, and my brain was starting to get a little bit fuzzy.

These aren’t little girls, they’re both over 5’8” and they were dwarfed by this giant roadside attraction. 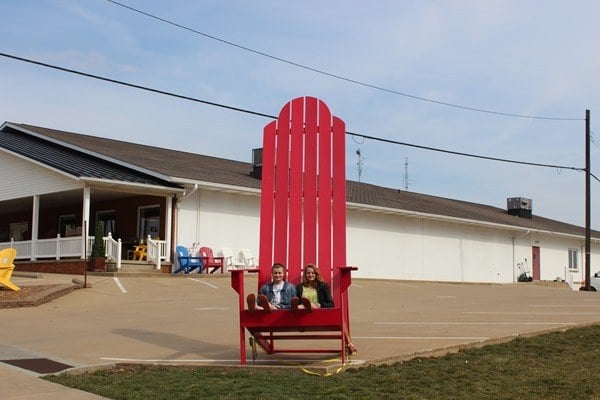 And even though we were tired, they still wanted to spend a few minutes playing and planking the chair, which is apparently the thing to do these days. 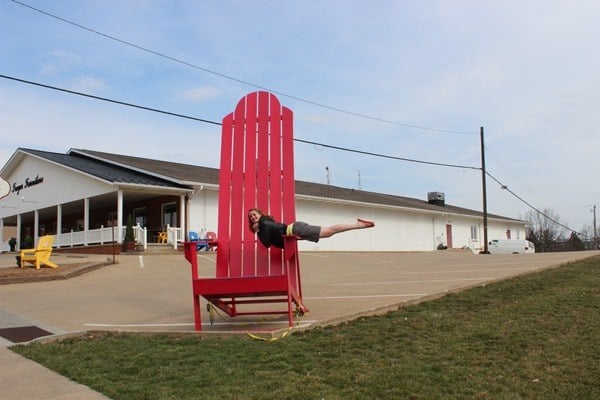 Other Roadside Attractions in Ohio:

The giant Adirondack chair has received a paint job. It’s not boasting OSU colors (as of 1/25/2016). 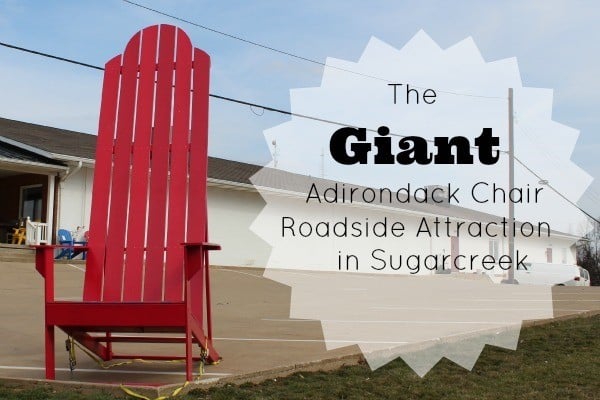