Last week, I found out that my family would be heading off on road trip to the Happiest Place on Earth, a Disney adventure.  With the exception of one snafu that still has my husband bent out of shape, we had a great time!

After getting a really late start which pretty much ensured we drive straight to Florida with no stops along the way, we finally arrived at Fort Wilderness around two, Thursday afternoon. We set up camp, freshened up and headed off to visit Downtown Disney.

Our first stop was to Planet Hollywood. We even saw a famous person when we were leaving but none of us could remember his name.  We just knew we recognized him from some movie. Isn’t that funny? 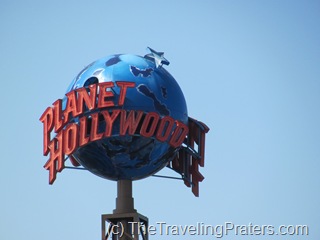 After our meal that consisted of appetizers- because Planet Hollywood is expensive- (and this was a trip that we didn’t budget for)- we continued through Pleasure Island. The kids were excited to see the bikes in the Harley Davidson storefront. Pretty cool, huh? 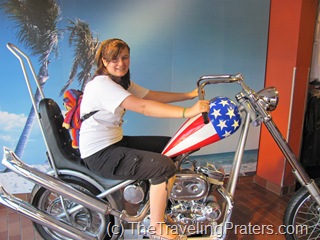 The Lego store was pretty cool, too! We loved the Lego sculptures that were outside and had no idea that a few of them had just been unveiled! 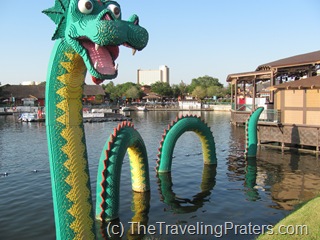 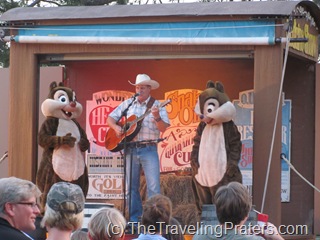 Just when everyone else was settling down and ready for bed, Nickolaus and I were preparing to head out for the Disney Star Tours Meet-up. 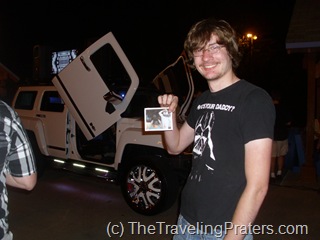 We made our way to Blizzard Beach where we met the entourage of Star Wars fans and waited to board the busses to transport us to Hollywood Studios. I did have a nifty little video of the entire event on my Flip Video. Imagine my disgust when I experienced a glitch when I was downloading it to my computer and lost every bit of footage… Sigh…

I can say that I expected a big deal from Disney and I was NOT disappointed. I’ll share more on the Star Tours Meet-up tomorrow.

While my son and I were having a ball, my husband and other two children were being terrorized by the drunk and unruly neighbors back at the campsite. Which is why, the minute we returned to our campsite,  instead of falling onto the air mattress and fast asleep, I found myself helping to disassemble our tent (at nearly 3 a.m.) to leave the Happiest Place on Earth where clearly some guests beside us had taken that slogan to extremes.  Certainly not a fun way to end the evening.

Have you been to Disneyland or Walt Disney World? What did you enjoy most?

Staycation Ideas Across the Country
← Previous
Star Tours Meet-Up at Walt Disney World: Through the Eyes of My Son
Next →
Click here to cancel reply.

We went about 6 years ago when the kids were younger and have wanted to goback ever since! We'd love to plan a trip when we could stay longer sincethis time around was so rushed, but my young uns are growing up- not sure ifwe'll make it or not.

I have only been in my younger 20's and only with 1 of my children....we hope to go there someday with all the kids!  That stinks about the unruly issue 8(