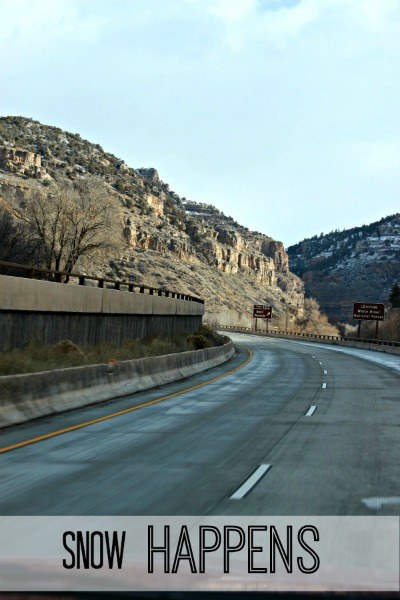 Driving towards Colorado I began to feel an impending sense of doom. I began to see flashing road signs warning semi’s that they needed to have chains for their tires. The radio warned of snow ahead. I silently berated myself for planning a road trip west in the middle of November. What on earth had I been thinking? Or more like it, why had I NOT been thinking?

As I chewed off one too many finger nails, my husband reminded me where we lived and he was pretty sure that Colorado snow was the same as Ohio snow. His teasing did little to calm my nerves.

Did I mention that we’d not even seen our first flake of snow? 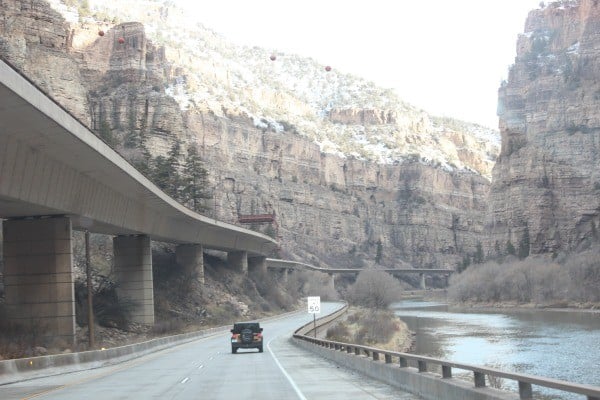 My teenagers thought it was funny that I was over-reacting, because truly I was. And as my husband drove on into the dark, wet, rainy night, I began to imagine all kinds of scenarios, like our rented Suburban veering off the side of the mountain, or sliding down the steep mountain road, unable to stop. I could only think of some the steep passes that we had encountered previously on our trip and visualize what they must look like covered in ice and snow.

My husband finally figured he needed to pull over or I was going to have a heart attack, or more likely make myself sick with worry. At least, that’s why he claims that he stopped. I think it was really because he realized that it was impossible to drive from the west of Colorado to our home by morning. We had nothing to lose by stopping for the night.

I would have hugged and kissed that man repeatedly, but well, we were sharing a room with our teens. And in their words, that’s just gross for old people to act that way—you know– the hugging and kissing.

It wasn’t long before the kids were settled in, happily texting their friends, my husband was flipping through the channels and I was pounding out a blog post, just in case we died, so my family at home would know that we’d really had a great trip up to that point.

The Quality Inn & Suites in Glenwood Springs was a great property and located in a beautifully scenic location, which we found the next morning as we were leaving. I’m sure guests enjoy walking along the river on the paved trail in warmer weather. I know I would. 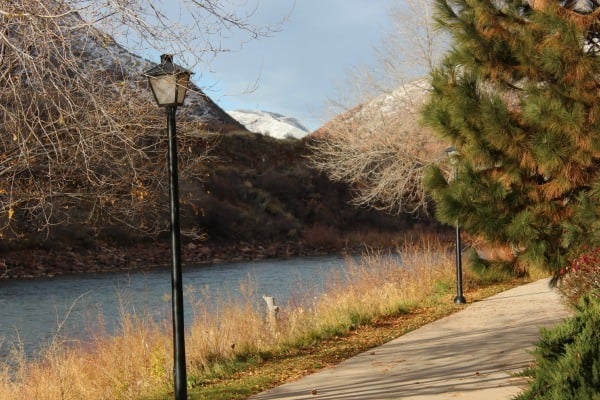 We were up fairly early and headed for snow but I had prepared myself for the day by adding a few drops of lavender essential oil to my morning bath and taking a couple Happy Camper capsules, which I had packed just in case the road trip proved stressful. I should have taken a few when we debated whether we’d stop at the Cadillac Ranch in Amarillo, Texas.

It turned out snow in Colorado really does look like snow in Ohio. Imagine that. And thanks to the 4-wheel drive, we really didn’t have anything to worry about. 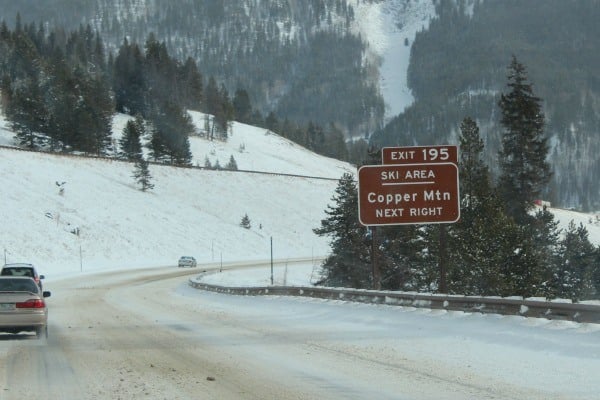 I think this part of the trip was harder on my 18-year old than me. You see, he’s a snowboard instructor and driving past all of those ski resorts near the Vail Pass was a bit hard for him to take as it really made him long to hit the slopes and fit in some jumps. But we pressed on, my husband eager to continue towards home.

And what did I learn from this experience? Well…snow happens.

Beautiful photos of the mountains with snow, Tonya. Still not a big fan of this "Snow Happens" theory. LOL!

I'm not a fan of "snow happens" either but it sounded better than the first thing that popped into my mind! ;)

Even though I'm from New England, I would have been freaking out driving through that snow! Good for your husband for stopping and moving on the next day. I, on the other hand, would have hid in my hotel room :) And like your son, would have eventually snuck off to the slopes!

I grew up in Canada and then lived in South Dakota, so I've seen my fair share of snow and bad weather driving. And you know what...I still hate it ;) When we got hit with the icy weather this past December or first winter in Texas...I was devastated that we couldn't even avoid it this far south, LOL!

We just moved from Ohio to Florida. For a job- but also to get away from the snow. :-)

Glad everyone is okay! Snow isn't for everyone.. coming from someone who isn't a huge fan of it :)