Constant Vigilance was the first memorial of its kind to honor SOF canines killed in the line of duty.”

Fayetteville, North Carolina is proud of their military heritage. With Fort Bragg and Pope Army Airfield located nearby, you’ll find plenty of stops that honor those who have served and are actively serving in America’s military. It doesn’t matter the branch; Army, Navy, Air Force, and Marines, Fayetteville honors all, including those that walk on four legs.

Located outside the Airborne and Special Operations Museum, you’ll find Constant Vigilance, a sculpture that recognizes canine soldiers who have died in the line of duty.

The bronze monument sits on a granite base depicting a life-size Belgian Malinois which are often used in K9 units for their ability to sniff out explosives and accelerants. Depicted in full combat gear, the monument was created by Russian artist and sculptor Lena Toritch.

The multi-purpose canines are trained to perform many tasks and aren’t afraid to risk their lives. These “super dogs” are trained to jump out of planes and to track and seize the enemy under the most difficult conditions. In the process, they form a special bond of love and trust with their handlers. They become brothers, ready to die for each other to keep us safe. 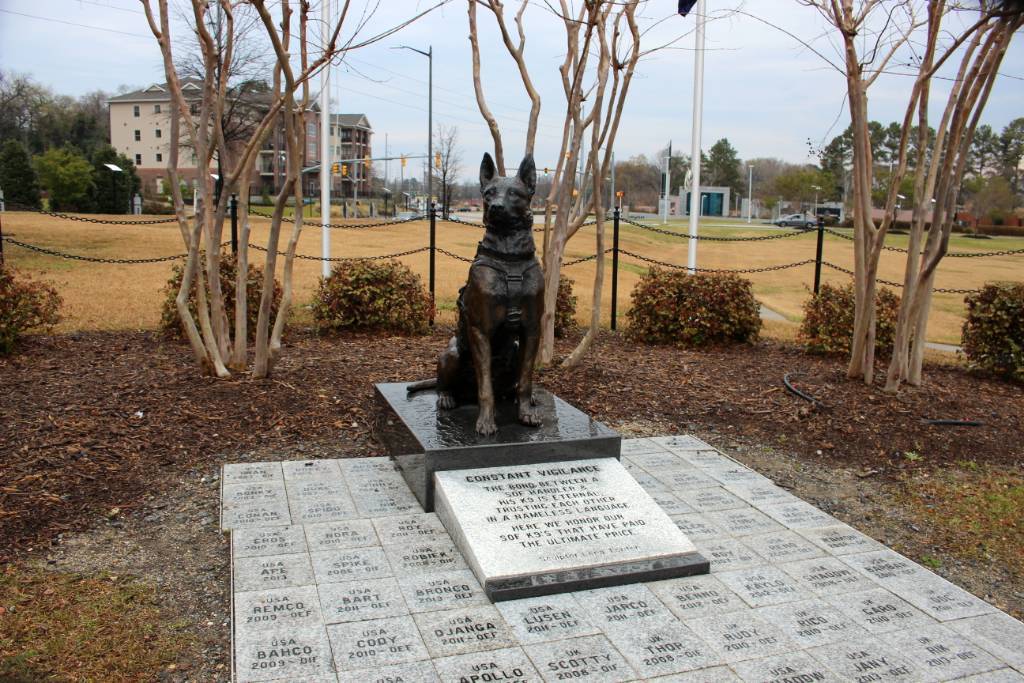 Constant Vigilance was dedicated on July 27, 2013 as the first K9 memorial of its kind. It serves to recognize all Special Operations Force (SOF) dogs who have died in the line of duty since the terrorist attack of 9-11. 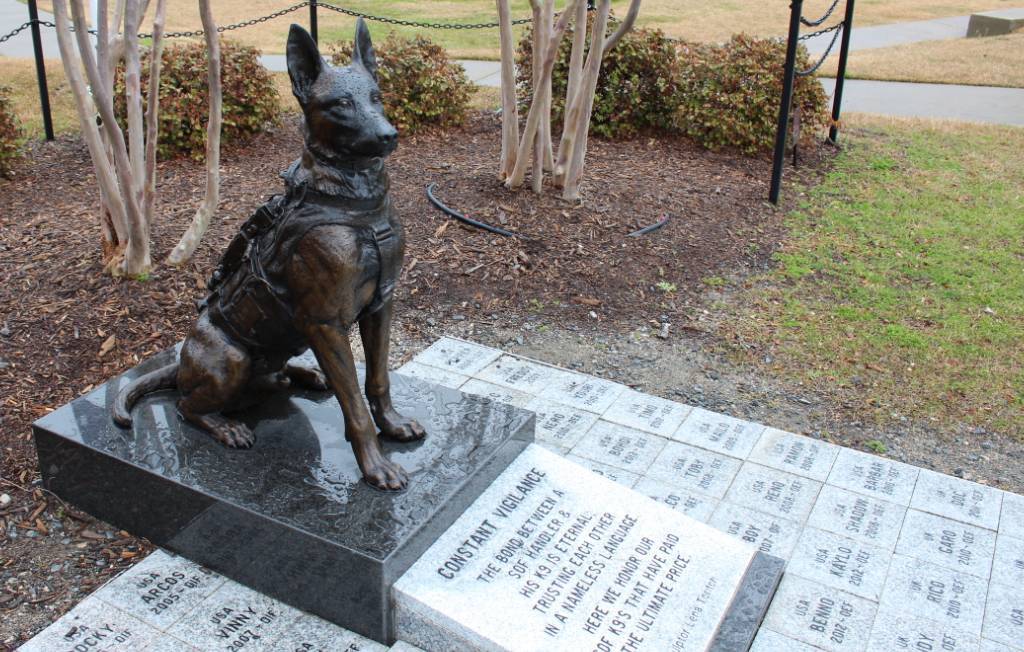 Inscribed in granite at the base of the sculpture are these words:

The bond between a
SOF handler &
his K9 is eternal;
Trusting each other
in a nameless language.

Here we honor our SOF K9’s that have paid
the ultimate price.

As you approach the memorial, you’ll find paver stones that honor the individual SOF’s killed in action. Each stone lists the name, date of birth and the date the canine died.  The Special Operations dogs memorialized are from the United States and our allies, Australia and the United Kingdom.

Constant Vigilance can be seen at the Airborne and Special Operations Museum at 100 Bragg Blvd. Fayetteville, NC 28301.

You can read about the museum and learn more about this community and plan your visit in my post of Things to do in Fayetteville, NC.

Pin it for later: 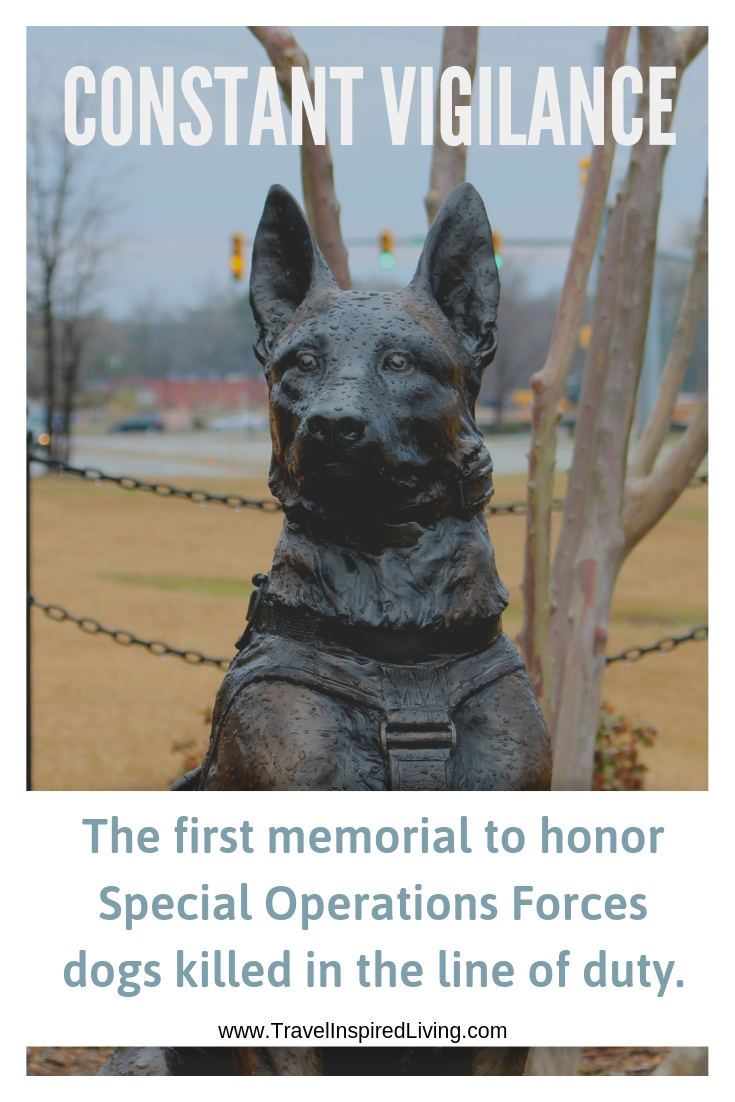