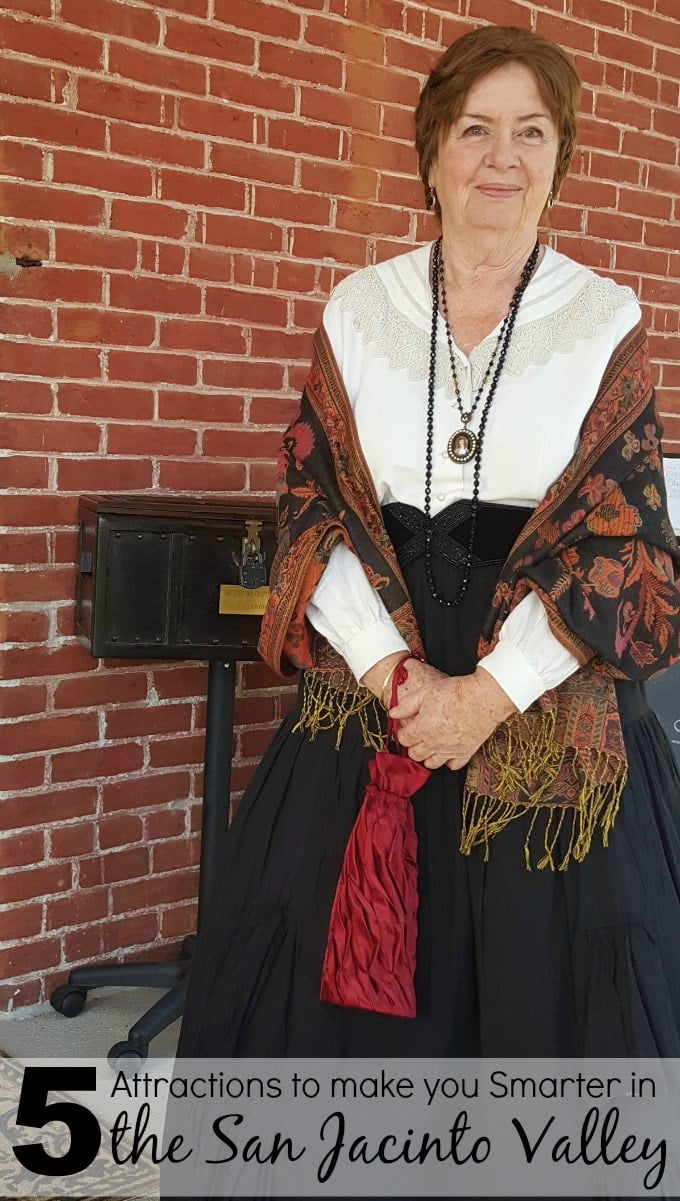 As a former homeschool mom, I believe there is educational value in nearly every aspect of travel. My children have now graduated and we no longer travel as often as a family, but it’s only natural for me to continue to seek out educational attractions. A large portion of the homeschool schedule I kept for my own kids included field trips and educational outings. I attribute those weekly extra-curricular events to much of the success of my family’s homeschool program. It is amazing what one can learn (myself included) when the subject is presented by a passionate docent or volunteer.

On my recent trip to San Jacinto Valley, I had the opportunity to visit several attractions that combined would make an incredible educational vacation. And those who aren’t interested in overly scholastic destinations, don’t worry, the following attractions will not only make you smarter, but will entertain you as well.

Like many small towns, Hemet was once booming, in part to the railway. The historic structure, the former Santa Fe Depot, was completed in 1914 and is one of the oldest structures in downtown Hemet. The property has housed the Hemet Museum since 1998 after undergoing ten years of restoration. Inside its doors, you’ll discover local history, photographs, Native American artifacts and railroad exhibits. You’ll also see a Thomas Kinkade print on display that highlights the depot as it would have been in 1915. The late artist, whose parents’ reside in the area, painted the scene in 1986. A limited number of copies are available for purchase.

Learn more about the Hemet Train Depot at http://hemetmuseum.com/. 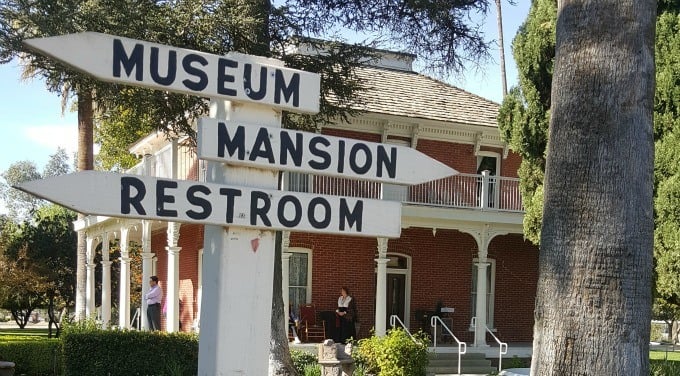 Built in 1884 by Francisco Estudillo, Jr., the Estudillo Mansion is listed on the National Register of Historic Places. The residence was once part of a 35,000-acre estate. Francisco Estudillo was the first postmaster in San Jacinto and was the appointed Mission Indian Agent for the Federal Government, overseeing 32 reservations in California. His brother, Antonio Estudillo, built a twin mansion near Soboba Hot Springs. Sadly, that mansion is no longer standing.

Today, the Estudillo Mansion is part of the Francisco Estudillo Heritage Park. Visitors tour of the home with a guide dressed in period clothing. Visitors to the park may also explore the onsite San Jacinto Museum. In addition to the vast collection of local photographs and artifacts, you’ll learn the fascinating story of the 1937 Soviet transpolar flight that landed in San Jacinto.

Learn more about both attractions at http://www.ci.san-jacinto.ca.us/news/estudillo-mansion.html. 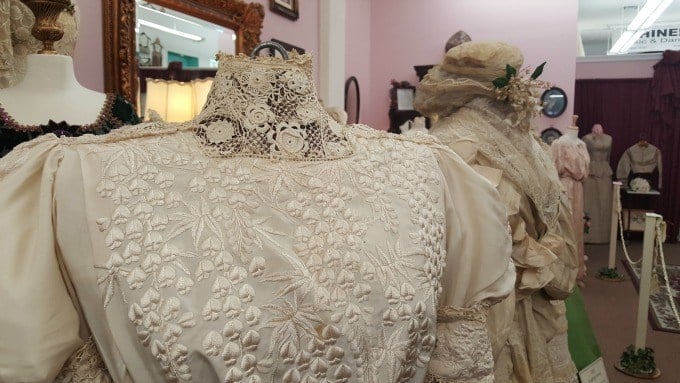 Step back in time to the Victorian era inside this quaint shop full of bridal gowns from the late 1800’s to early 1900’s. The shop and museum owner, Eve Faulkner will bring the gowns to life as she tells you the history of each gown, veil and corset.

Eve is considered an authority on Victorian weddings and gowns and her collection has been featured in the made for TV movie, “Samantha, An American Girl Holiday”.

Learn more about the Victorian Bridal Museum at http://victorianbridalmuseum.com/. 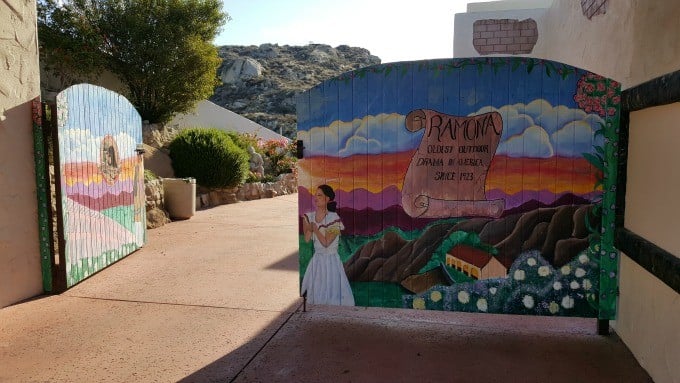 The Ramona Bowl is an outdoor play that depicts a story that few Americans want to think about- the unfair treatment of the Native Americans. Adapted from the book Ramona, written by Helen Hunt Jackson, this pageant will celebrate its 93rd season in 2016, making it the longest continuously running outdoor drama in the US. The beautiful Ramona Bowl Amphitheatre located along the southern hillsides of Hemet, seats up to 5,400 on its 168 acres and sets the stage for this important glimpse of California history that need not be forgotten.

In addition to the play that is held three consecutive weekends beginning mid-April to May 1st of 2016, visitors can stroll through the small onsite museum that holds mementos from past plays, including editions of the book that brought the story to life, costumes, props, and photos from past productions. You won’t want to miss the fresco that graces the two-story wall, painted by esteemed artist Milford Zornes and his Otis Art Institute students in 1942. 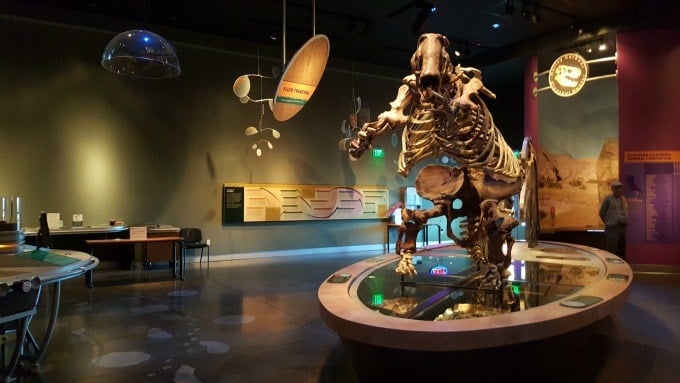 The Western Science Center was built in 2006 to house fossils and artifacts uncovered when digging began of nearby Diamond Valley Lake. The dig unearthed over 800,000 artifacts and 200,000 fossils. The most impressive are of the three mastodons discovered during the excavations, Little Stevie, Xena, and Max, the largest mastodon found in the Western United States.

The museum has a 270-degree movie screen that immerses viewers in the history of the valley, several galleries and many hands-on exhibits allowing visitors of all ages to interact with the collections.

This research museum was primarily built as a repository for specimens for continued research and new discoveries are made all the time.

Which attractions would you like to visit with your family?

Danielle @ From Girlie to Nerdy

These all look like awesome places to visit. My son would love the Western Science Center and I could spend a long time in the Veil museum.

I love to couple fun and education together - it's a win win for our family. This area would be a place we would definitely go if we ever get out that way.

Very cool stuff. Thank you for sharing! I've never been, but it looks like a great place to try.

These places all sound super fun to visit. If I am ever in the southwest, I will have to check some out.

Oh my goodness! I would love to visit and enjoy my time here. I agree with you in that mixing traveling and education makes it so memorable and a great learning opportunity.