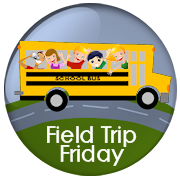 Welcome to the 5th edition of Field Trip Friday. Now that the weather is getting to be a bit more pleasant, I imagine more of you will be heading out to explore your local communities…and beyond! Don’t forget to share some pictures of your day and tell us a little bit about your trip so we can all pretend that we were on the trip too! I know that most people don’t go on field trips as often as we do, so feel free to link up one of your past field trips as well. You can link up below and feel free to snag the Field Trip Friday button. I’d be grateful if you’d include a link back here so others can hear about this meme too. 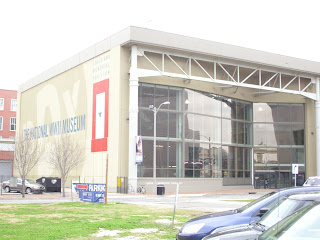 Remember our whirlwind 2, 444 mile trip that we just returned from? Well one of our final stops in New Orleans was to see more than just the Superdome we heard so much about during the aftermath of horrific hurricane Katrina. We had one stop to make to appease the WWII buffs that live in my household, The National WWII Museum or D-day Museum, as it was originally called. 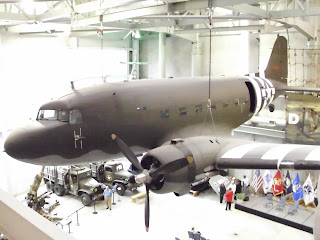 Unfortunately, I don’t have many photos to share with you. Not only did I lose the men folk as soon as I’d purchased the tickets, but they also ran away with my camera.

Entering the museum, you’ll see a two story pavilion that holds jeeps, planes, tanks, and the famous Higgins craft that was built in New Orleans and assisted in winning the war. 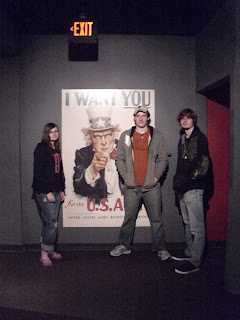 This museum is not all encompassing of the war, but begins when the US got involved after the attack on Pearl Harbor. It’s broken up in a series of exhibits beginning with a brief introduction to what life was like on the home front during the war and continues onto preparations to D-Day and the battles and invasions in the Pacific that ensued.

While the guys hurried through to look at the guns, my daughter and I chose to listen to the personal accounts of the many men and women that are scattered throughout the exhibits that offer a first hand account at life as a civilian and enlisted man during the war. 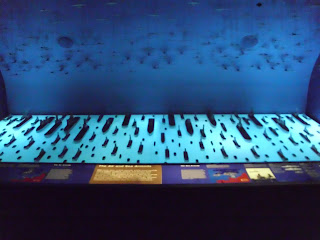 I appreciated the personal side of the exhibits, the many photographs, journal entries and even newspaper clippings that were on display but what I will remember most are the snatches of conversation and stories that we heard from men that had fought in the war that had chosen to visit on the same day, as they reminisced with the men that were visiting with them. They looked at the pictures and teary eyed, quietly recalled some of the horrors that they’d seen, while a moment later, regaining composure, excitedly pointed to the maps on display and recalled where they were when they found out they were going home. There work was finished. I wanted to thank these men for their service, but I didn’t want to intrude on such a private moment.
Catching up with the guys, we somberly continued through the remaining exhibits. It’s suggested that you spend 2 ½ to 3 hours to tour the museum and though we were there for just over 2 hours, we all agreed that we could have spent a bit more time.

I didn’t really prepare for this field trip because my boys (husband included) have been interested in this time period for as long as I can remember. The boys regularly read about different aspects of the battle and watch documentaries from the History Channel as well as talk to some vets that they’ve met. Next week I’ll post some of those places and include some of our favorite resources for learning about this time period.

This is certainly one of the nicer museums that we’ve encountered along our travels and we left with a deeper appreciation of the sacrifice that was made by the many men that actively fought in those battles and by the families that made sacrifices on the home front.

Have a field trip that you’d like to share? Please link to it below. Until next week, Happy Field Trippin’!

What a great idea! I'll mark this down so I can participate. We have some fun field trips planned for the spring and then there are those serendipitous adventures... ;)

Oh you are so blessed! would love to be able to take the kiddos for a trip there. We love to teach WWII history to them. My hubby is borderline obsessed with WWII and now my older boys are.

Sounds like a moving visit! I can't wait til we can go to more educational places with Crumpet. At the same time, I adore children's museums and will miss those!

Thanks for taking us along! It is our dream to one day go to this museum. There is a really cool WWII museum in Idaho (much smaller than this one, I'm sure) but it is jammed packed with all kinds of memories both from civilians and from soldiers. It was amazing! I can't wait to take the kids someday. I just liked up with you for our Oregon Trail field trip. Be sure to click the "Wailing Woman" link to my sister's blog if you want a good laugh.

Have an awesome weekend!