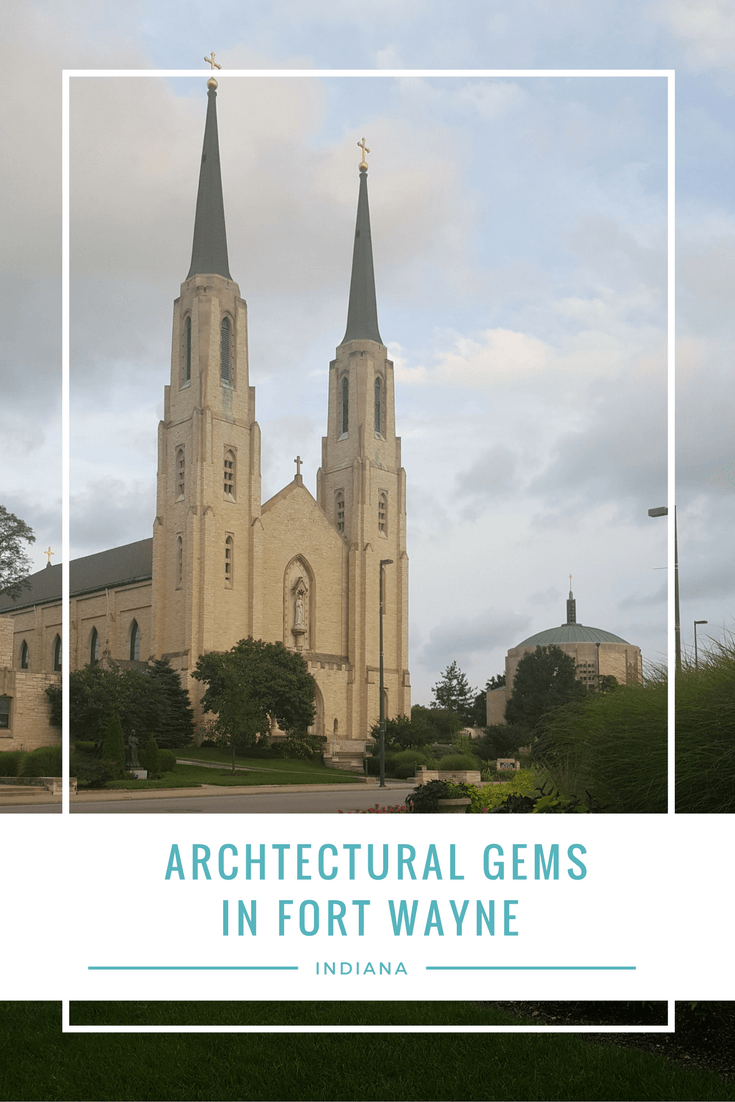 Fort Wayne is rich in history. Located at the confluence of three rivers- Maumee, St. Joseph, and St. Marys, Fort Wayne was a popular canal town and later, a hub for the railroads. At one time, it was thought that Fort Wayne would be another Chicago, which is why the people in the community rallied together to raise funds to build a courthouse worthy of big city life. 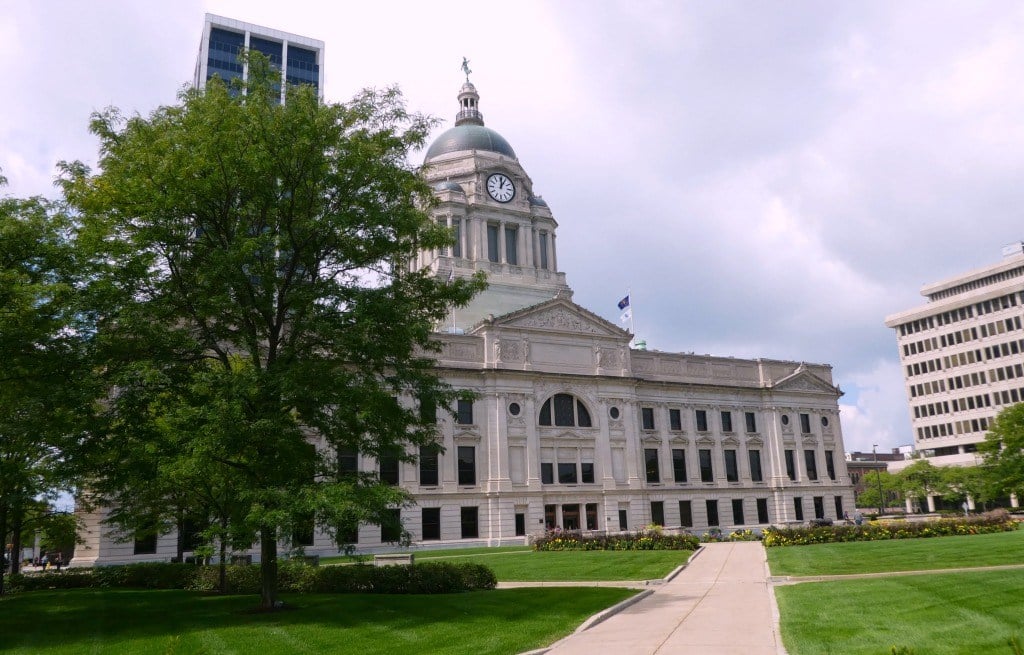 The Allen County Courthouse is a magnificent building influenced by the Beaux Arts-style architecture. Built in 1902 at a cost of over $817,000, the building underwent extensive renovation in 1994 to the tune of nearly 2.2 million dollars. Listed on the National Register of Historic Places and designated a National Historic Landmark this focal point for the community boasts museum quality murals, stained glass rotundas and bas relief sculptures throughout. It also has the largest concentration of scagliola, a faux marble painting technique, outside the US Capital. Visitors are welcome to take a self-guided tour of the courthouse during operating hours, or to set up a guided tour on select days and times. 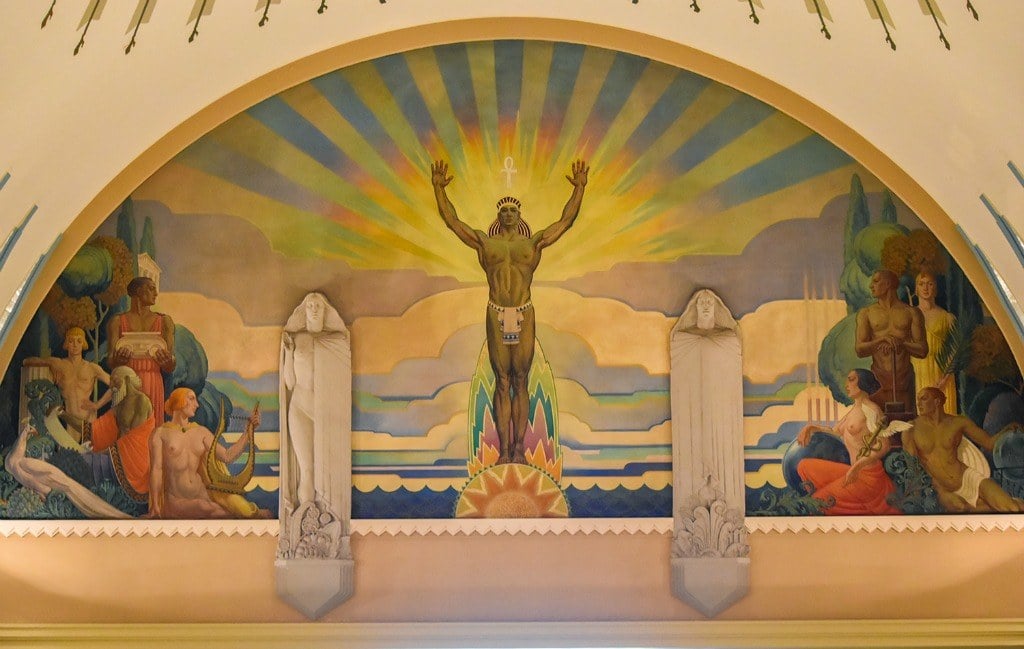 Thank you to Visit Fort Wayne for allowing me to use this photo of the interior of the Lincoln Building.

Across from the courthouse stands the Lincoln Tower which held the title of Indiana’s tallest building for years. Equally stunning, this working bank is adorned with stunning art deco murals, bronze metalwork and Italian marble. Like the courthouse, you’ll find a no camera policy. Step inside the doors of the tower and turn right and you’ll find the Lincoln Town Soda Fountain which has been in operation for over 85 years. 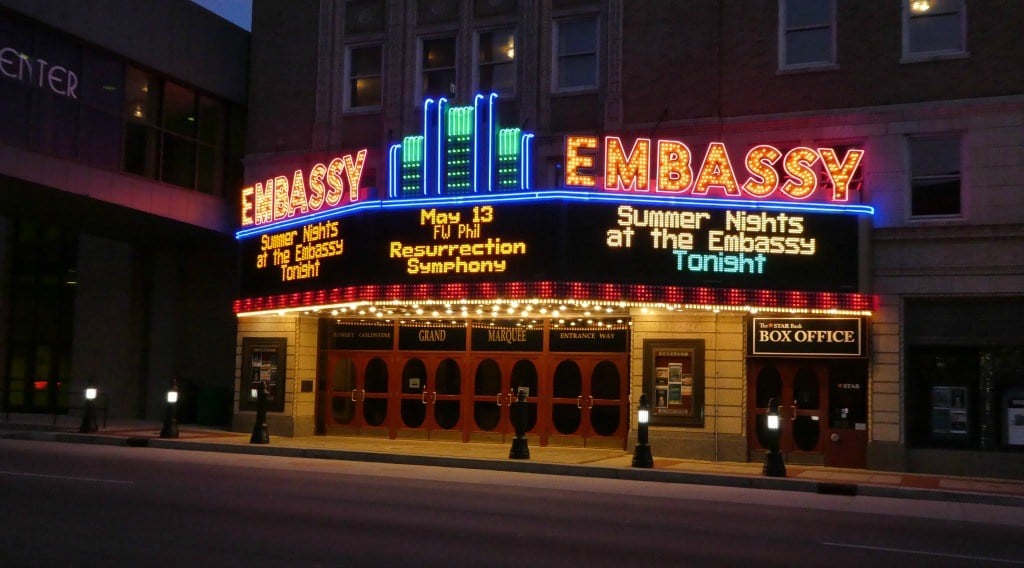 Other notable structures around town include the Embassy Theater. Known as the Emboyd, this movie house showed vaudeville films until the 1950’s when silent films were no longer a draw and the theater, now known as the Embassy, began to decline in popularity. Fortunately for the Embassy, a group of pipe organ enthusiasts undertook the effort to preserve the theater for the Page Organ whose 1,100 pipes are a housed in the building. Next door to the theater you’ll find beautiful meeting and ballroom space which was once the neglected Indiana Hotel. During the summer months, you can enjoy Summer Nights at the Embassy, a lively evening of live music, drink and hor d’ vors which can be enjoyed from the indoor or outdoor rooftop seating area. 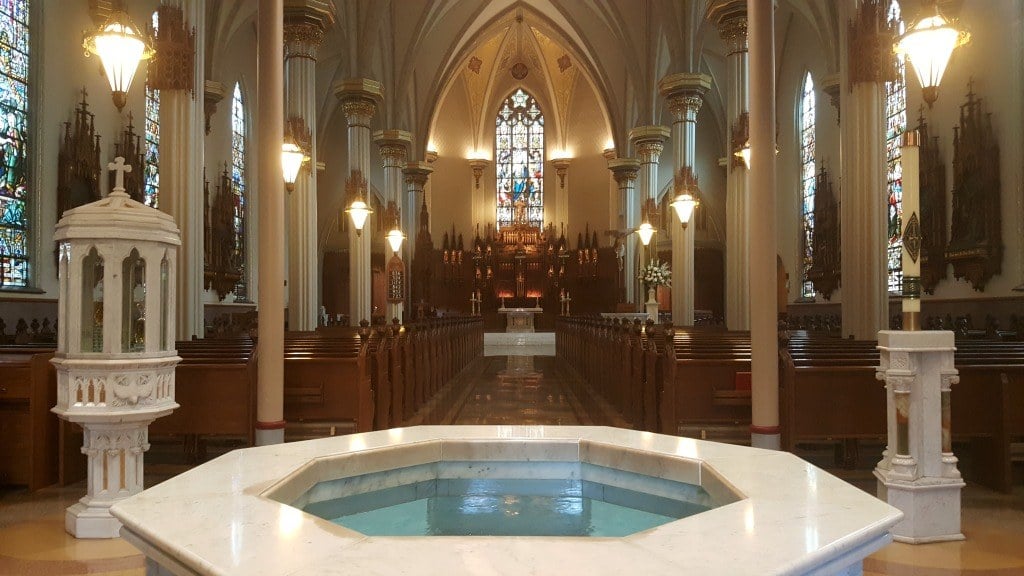 The Cathedral of the Immaculate Conception

From the rooftop of the Indiana Hotel, you’ll see the spires of the Cathedral of the Immaculate Conception rising upward into the evening sky. The cathedral which was dedicated in 1860, houses a parish that was established in 1836. Open for visitors, a self-guided tour begins at the Baptistry located in the back of the church, up the center aisle to the Sanctuary, and down each side aisle to the stations of the cross. The cathedral is outfitted with beautiful stained-glass windows, 80-year old pews and beautiful gothic hand-carved reredos (screens). Down the street you’ll find the Cathedral Museum where you’ll view religious artifacts. 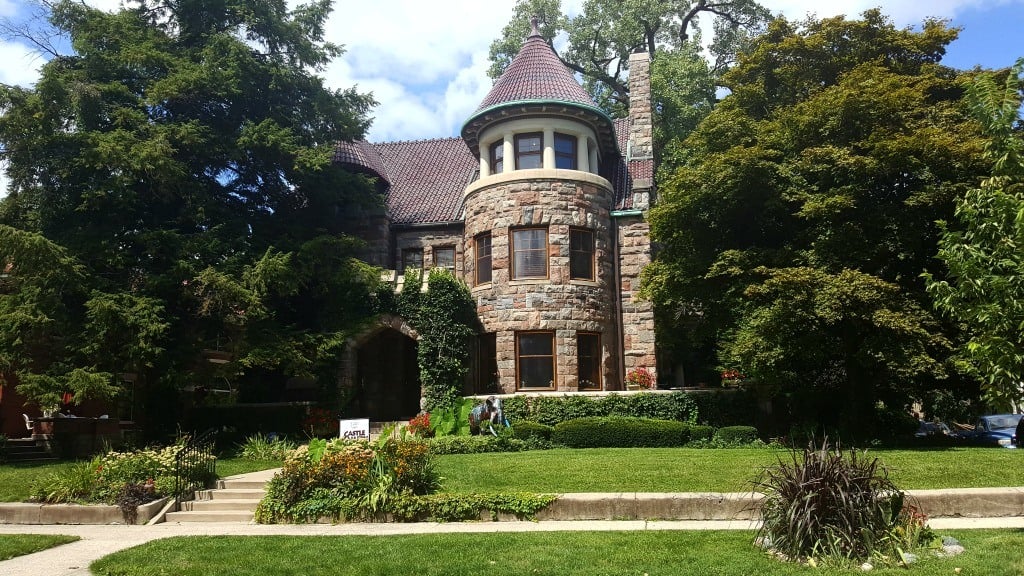 Fort Wayne also has many historic neighborhoods. You’ll find self-guided walking tour brochures in the Fort Wayne Visitor’s Center.  The West Central Historic District is located directly west of downtown. This residential area is significant because it represents virtually every architectural style popular during the 1830’s to the 1950’s. If you’re an architecture lover like I am, you’ll recognize how significant this is and the historic district and Fort Wayne architecture may leave you in awe more than once.

A few of the notable homes in district include The Castle Gallery, listed on the National Registry of Historic Places, is a beautiful art gallery located in the historic district which features art work from artists from around the world. The quaint Lombard House was the birthplace of actress Carol Lombard, a popular actress in the 1930’s and wife to Clark Gable, died in a plane crash at the beginning of WWII after a tour promoting war bonds. The Edsall House is said to be the oldest property still standing in central Fort Wayne. The house became the Fort Wayne City Hospital after the death of the original owner, William Edsall. A great way to see this historic district and more of the city along the riverfront is via Tour Fort Wayne Segway Tours.

Have you been to Fort Wayne? What attractions did you love? 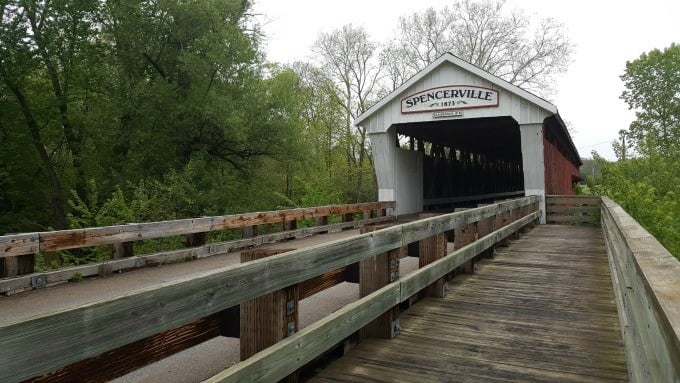 Did you enjoy this post? Check out my post on the Spencerville Covered Bridge which is located a short drive from Fort Wayne.

Thank you to Visit Fort Wayne for hosting me during my stay in the city and for arranging my itinerary.

I have to admit, I don't think of traveling to Fort Wayne, Indiana for architecture but wow...these buildings are amazing!