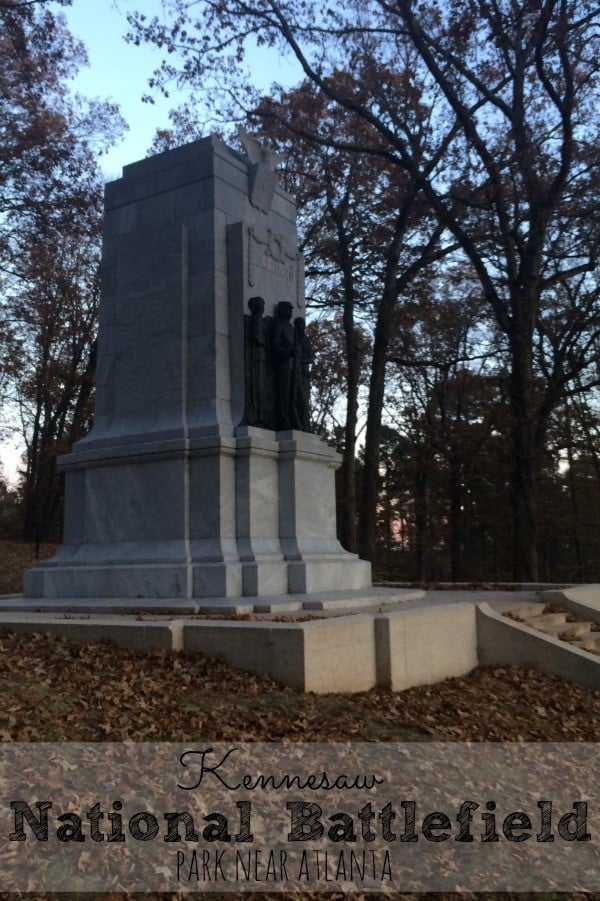 In the fall, I joined my husband and oldest son on a work trip to Atlanta. This wasn’t our first trip to the mega-city. We’ve visited many times before. And honestly, it was not love at first site. After the initial trip, I swore I’d never visit Atlanta again. But we did.

In the process, Atlanta grew on me. So when I had the opportunity to tag along on my husband’s most recent trip to the south, I didn’t hesitate. There were several things that I wanted to do- tour the Oakland Cemetery or Atlanta History Center. Eat at the Varsity, or hike at the Chattahoochee Nature Center. It didn’t happen. Instead we watched Big Hero 6 at the theater, ate ice cream at Brewster’s and hiked at the Kennesaw Mountain National Battlefield Park.

I observed Kennesaw to be a popular green space near Atlanta and according to the website, it is the most visited National Battlefield in the nation. Surprised? I was. Comprised of nearly 3,000 acres, this National Battlefield was once anything but peaceful. A stop along the Atlanta Campaign during the Civil War, opposing forces fought here from June 19, 1864 until July 2 of the same year. 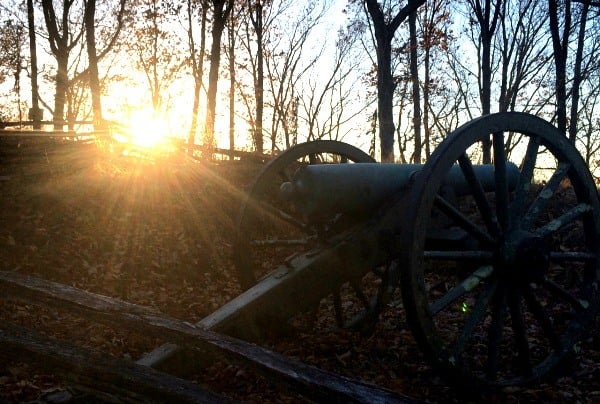 My family has visited the park at least four other times. Once, we tried to stop but we were pulling a trailer and the parking lot was full so we drove on.

My family has watched the short movie in the visitor center, hiked on several trails and followed part of the driving trail. 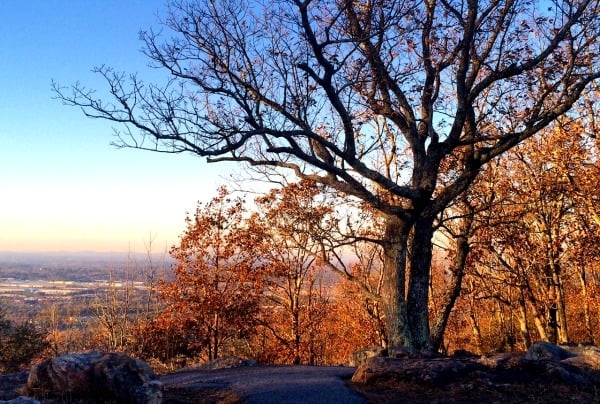 We drove to the top of Kennesaw Mountain, avoiding the walkers and joggers on the way up the paved road to get a glimpse of Atlanta. The view is pretty impressive. 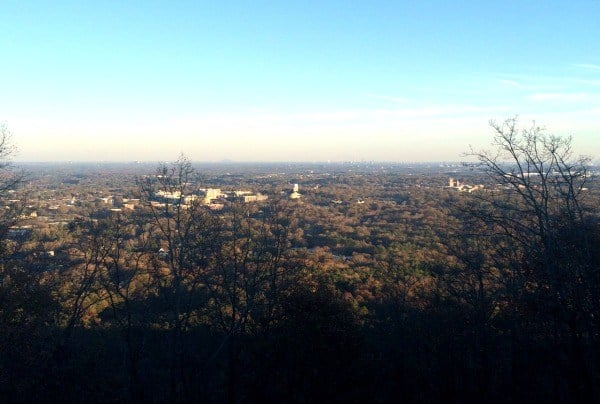 On a clear day, Stone Mountain is visible in the distance. We had seen much of the park, but we’d never stopped at Cheatham Hill. It turned out, it was a real treasure. 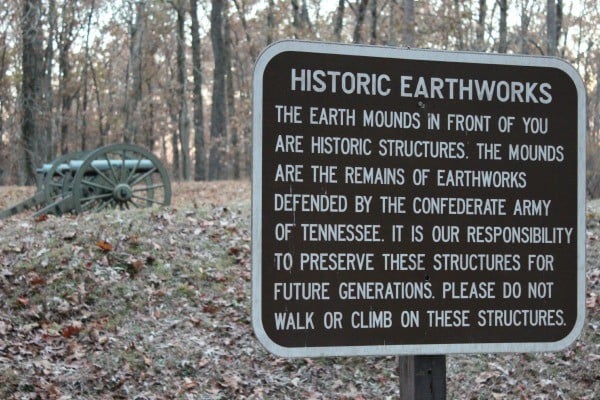 Cheatham Hill is the site of one of the few memorials within the park. An easy trail led us to the monument.

The monument overlooks the field where the battle waged.

This was the site of the most intense fighting at Kennesaw and the first area to become part of Kennesaw Mountain National Battlefield Park. Leading forces, Major General George Thomas, chose to make a frontal assault hoping to roll through the Confederate defensive line.

Veterans who had fought in the battle with the Colonel Dan McCook Brigade, who died in the battle, led the purchase of 60 acres of land. After the land was secured, money was raised to erect a monument to those who had participated. A leading contributor was the state of Illinois. On June 27, 1914, the memorial was dedicated as the Illinois Monument.  The earthworks were purchased at a later date. 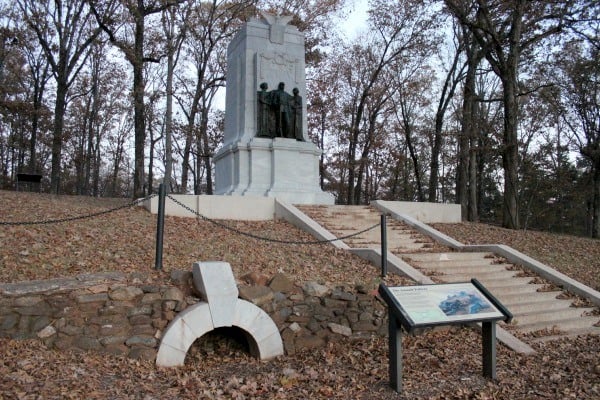 When facing the monument, you’ll notice a small tunnel, dug by the Union troops in an effort to break through the Confederate battle line. 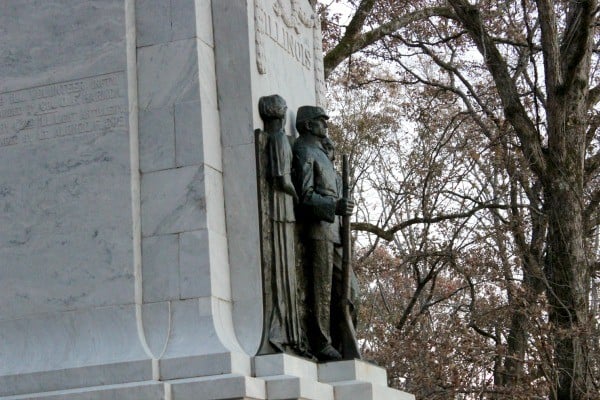 Unfortunately, we didn’t have time to explore anymore, as it was beginning to get dark as we made our way back along the short trail to the parking lot. Guess what I’ll explore next time I visit the Atlanta area?

What a great park, and I love the views from the top! It wouldn't be difficult to spend a day here wandering around soaking up the views and the history. Thanks for linking up this week! #TPThursday.

You can see what draws us back time and again, right, Nancie? I love exploring near Atlanta. It's such a huge city, but it provides so many parks and places to get out and escape.

i'm happy my daughter is getting older and starting to appreciate nature and get a sense of history so we can visit places like this. it looks lovely.

Kennesaw is a lovely park to explore.

I love history when traveling and isn't it nice to find places like this where you can 'time travel' back into history?

Jackie, I didn't think I liked history until my family began traveling and I realized how fascinating it could be. I wish school children could take more field trips, or invite more guest speakers to really make history come alive for the students.

Interesting... a lot of history...