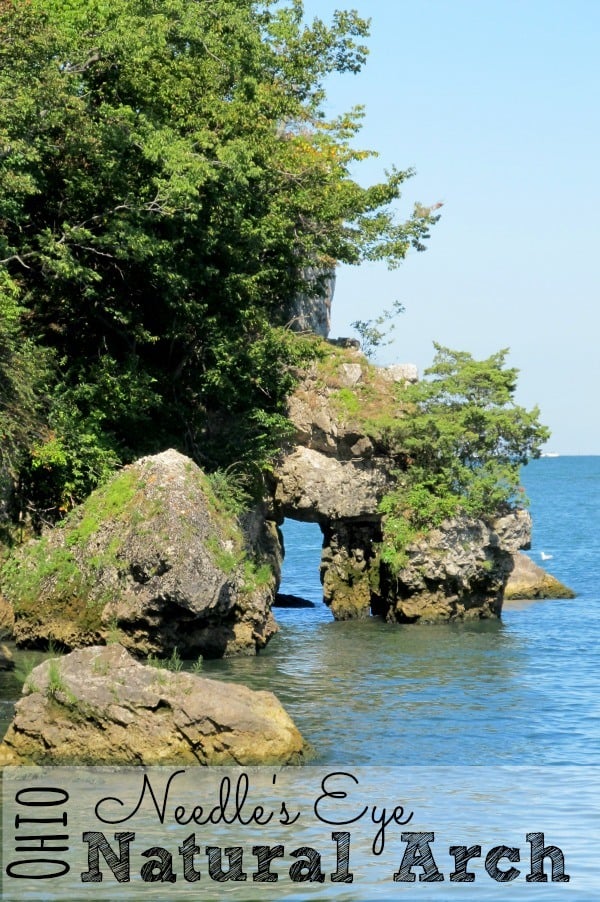 Ohio has more than eighty natural arches recorded, of that number, less than half are accessible to the public. The majority of the rock formations are located in southern Ohio, in Hocking, Highland and Adams counties. A couple of the arches are even found underground in Olentangy Indian Caverns. Another, known as Needle’s Eye, visible on Gibraltar Island in Lake Erie, is considered the most famous of our lake arches. 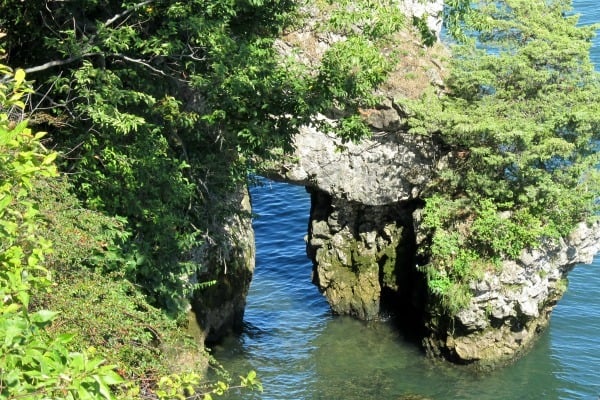 I admit, I was pretty in awe when I saw it.

According to the Natural Arch and Bridge Society, a natural arch, by definition, is “a rock exposure with a hole completely through it, created by the natural removal of some of the rock to leave an intact rock frame around the hole.”  If the arch crosses a stream or valley or has a flat top for men to walk across, it is also considered a natural bridge and Ohio has a few of those too.

I had no idea that Ohio was home to so many arches and even a few natural bridges. Now that I do, I’ve added them to my ever-growing bucket list of places to see in the Buckeye State. 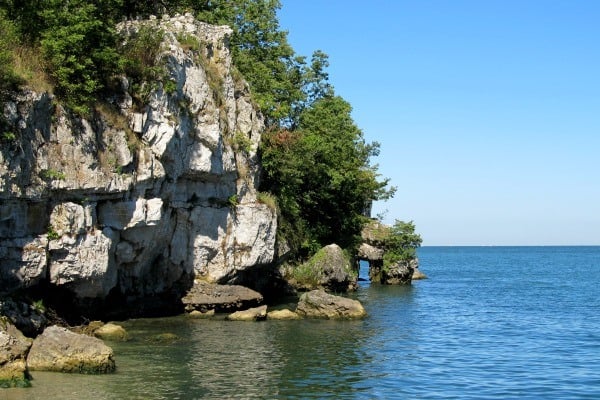 I was excited to learn that I’m able to mark one of the many arches in Ohio off my list of places to see.

My family saw the Needle’s Eye on one of our trips to Put-in-Bay several years ago.  To get a glimpse of the Needle’s Eye on Gibraltar Island, you’ll need to contact the Stone Lab, ran by Ohio State University. The school does research on South Bass and has a lab on the small Gibraltar Island. But I’ll share a little secret. The best way to see the attraction- rent a kayak in Put-in-Bay and paddle around the island. You’ll be able to slip right through the three-foot wide, nine-and-a-half-foot tall opening, which is pretty cool.

Do you look for neat rock formations when you travel?

What a fun goal! So to see the ones that are not as open to the public, do you just contact the "owners"? Or do you only get to see the half that are on public property. My competitive "must complete this goal" side would not like the restrictions. :-)

I'm content seeing the arches that are on public lands. I'm not even sure how I would even set out to find the other half since it's not readily available to the public. I'm not that competitive. ;)

You got a really nice view of this, Tonya. I didn't manage to get a nice photo from where I was taking pictures during my visit there.

Thanks Dominique. I really wanted to get a shot of us kayaking through it, but I was terrified that I'd drop my camera. I'm kind of bad at that. ;)

Beautiful! Not something you expect to find so close to home. Totally on my Ohio list!

I was really surprised to learn there were so many arches in Ohio! I can't wait for warmer weather so I can explore more.