My daughter recently planned and went on her first trip without the family. Today she shares her experience. 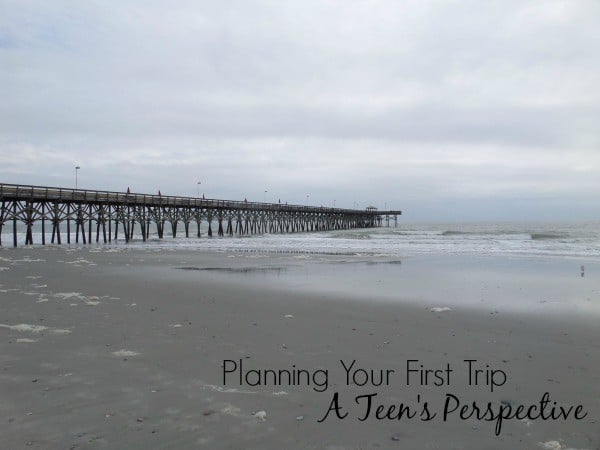 Planning my senior trip, all alone, was probably the most exciting thing. I got to choose what I wanted to do and nobody else was in charge, only me. While deciding where to go, my friend and I decided on three options- California, Florida, and South Carolina.

Cali was ruled out super early on, considering how far away it was, and the fact that when we searched reviews of Hollywood/Los Angeles Hotels, they sounded like the pits. So, that left us with Florida and South Carolina. Florida was ruled out eventually, which at this time saddens me to say.

I have no idea why we settled on SC. I think it had to do with its somewhat close proximity to Virginia Beach (which happens to be my favorite beach of all time), but far enough away from Ohio that it’d be warm. So, obviously you know which one I was rooting for.

The next step was to book our flights, booking a flight is pretty much like gambling, you have to wait and see if the prices go down but you also run the risk of the price going up. Eventually, after watching prices going down but mainly staying the same, my friend and I decided we’d book. We got together and surfed the internet for the best deals. We have three airports that we could fly out of so we searched all of our options for the best deal. 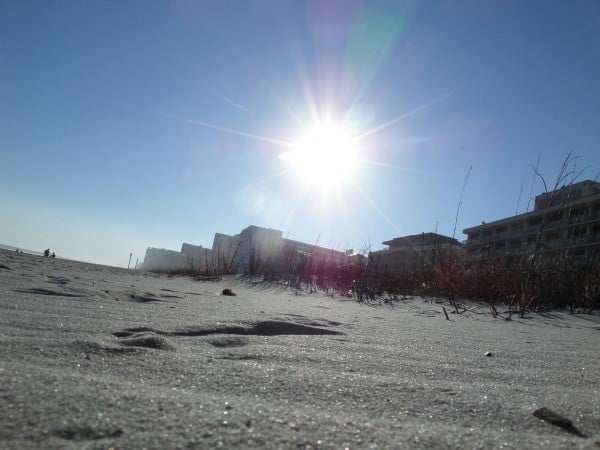 We researched at prices at discount sites, but we got the best deal when we booked directly through the airline. We ended up getting tickets for around $225. Which was way better than Priceline, which would’ve been $375. It pays off doing your research.

The only thing we wanted to do at Myrtle Beach, was lay out, search for shells and chill out so we didn’t need to research things to do. The only other planning was which hotel to stay in. We were told that North Myrtle Beach, was the best area, and more family friendly. But it was also farther from the airport which means taxi fare would be more. It’s basically the same beach so we decided Myrtle Beach was fine. 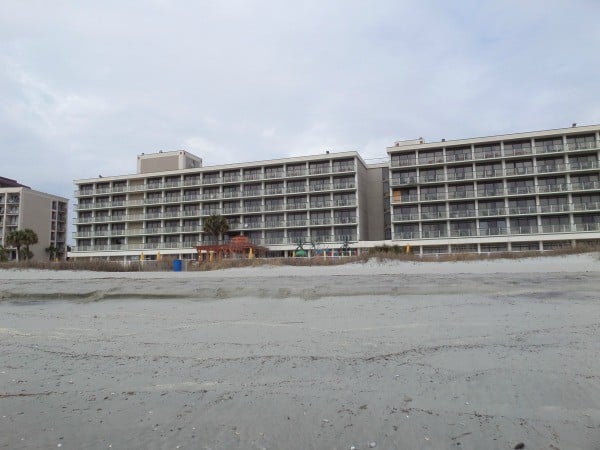 Guys, that was probably a bad decision on my part, definitely stay North Myrtle Beach if you go. After asking around, looking up reviews, and watching the weather, we decided we wanted to stay at a hotel that was on the beach and had an indoor pool, considering the fact that it wouldn’t be as warm as we were hoping it would be. Not many of the hotels had pools, so a lot of them were ruled out. We finally decided on Westgate Oceanfront Resort, because it was super close to the airport, on the beach and had a pool.

The hotel ended up being in a sketchy area, and my friend and I definitely didn’t want to go outside at night by ourselves. Maybe airports aren’t in nice areas, so the further from the airport, the better.

Overall, I didn’t do all too bad for planning my first trip on my own.

My senior year we went to Ft. Myers. We definitely probably should have done more planning but had a great time anyways!

I agree with @rachel! the hotels near the airports are usually very dingy. Great job in all that research and planning!!

I have found that hotels by the airports are usually in bad neighborhoods. Why is it they seem to go hand in hand?

But great tips on shopping around.

I think you did a great job! My first trip without parents was a road trip from Oregon to Nevada to visit a friend. This was before the Internet so we had a map and hunches. We made it there, to San Francisco, back to Reno and home without anything bad happening.

Good for you for traveling early! Keep it up!