Last Friday my family embarked on our whirlwind Texas vacation. Though the Lone Star State was where we planned to spend the majority of our time, I’d still planned outings to and from. After all, who could stand a 15 hour drive one way without breaks? Not I, that’s for sure! Especially since I’m the one that does all the driving.

Though originally we had decided to take our motor home, when we calculated how much gas was going to cost we decided it’d be better on the budget if we left it parked this time and rented a car. So, we packed lightly, loaded the rented HHR and off we went. Other than the incident crossing the Mississippi line, everything was uneventful. I did make a mental note not to give our dog the calming pills again before jumping in the car. Clearly they did not agree with him. It did generate quite a bit of laughter though. 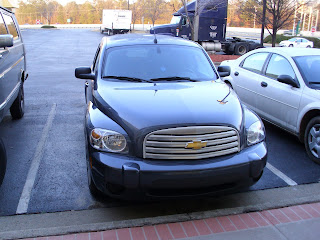 We drove about 6 hours to Little Rock, Arkansas where I had reserved a room for the night. We woke up early the next morning, grabbed fruit and muffins from the continental breakfast and hit the road again. This time our destination was the Crater of Diamonds State Park where we hoped to strike it rich. 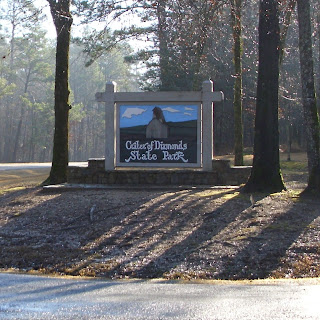 Located an hour and a half from the interstate, according to the website, Crater of Diamonds “…is the only diamond producing site in the world that is open to the public.”

It was clear as soon as we pulled into the parking lot, wearing our jeans and sneakers, we were not dressed for success. We saw other treasure hunters entering the field in waders and rubber boots and it soon became clear why they were dressed that way. The field was a mud pit! 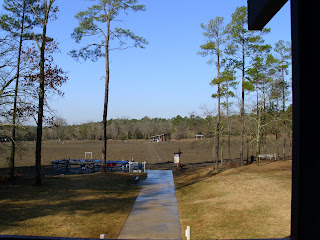 We purchased our tickets, watched a short film about diamond hunting and hit the field armed with our bucket, trowels, spades and baggies that I’d packed just for the occasion.

Clearly we’d underestimated just how muddy the field was but the word quicksand quickly came to mind as the mud seemed to grab hold of my tennis shoes and pull with each step we took.

Since I had to warm up to the idea of playing in the mud, I decided to take a quick walk first before jumping in. My daughter joined me and we walked the 1.2 mile Prospector Trail, before joining the guys in the field where they were hard at work. 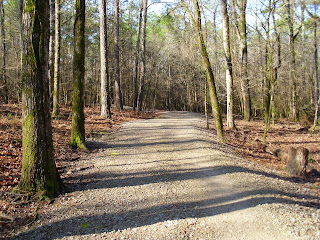 It wasn’t long before our shoes and bottoms of our jeans were completely mud covered. The mud had managed to suck off my daughter’s shoes and though I’d tightened my laces, I managed to lose one of mine as well. My daughter gave up and went barefoot, allowing the mud to ooze through her toes. 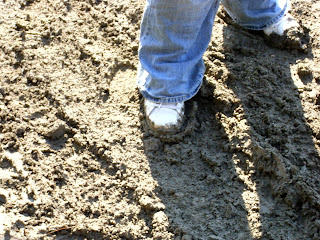 It got much worse!

After a few hours of searching and not finding any diamonds (I did find a cool crystal) we were ready to call it quits. Though we weren’t able to fund our retirement here, we did have a great time. We agreed that personally we wouldn’t want to search the fields all day, and a couple hours at this stop was just right. I guess we aren’t very serious about striking it rich afterall, are we?

Fortunately there is a hose where you can spray off your gear and person upon exiting the field. We were certainly in for a shock though! The water was so cold, and sprayed out with such force that it actually hurt against your skin! 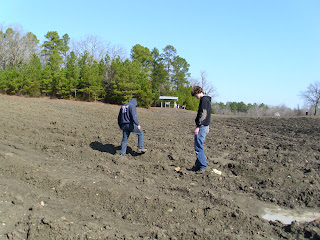 If you visit Crater of Diamonds, my suggestion would be to make sure that you pack rubber boots and a change of clothing. It would also be nice to take along a gem guide because you’ll find more than diamonds here. If you don’t have one available they can be purchased in the gift shop.

I have to share the funniest thing I heard at Crater of Diamonds! A father was walking into the field with his little boy that appeared to be about four, scolding him for getting dirty! Hello, dad! Do you really think you can take a 4 year old little boy into a mud pit and he won’t get dirty? Yeah, right!!!

Oh, that's been on our short list for quite awhile. Good to know about the mud!

Hi Tonya! Thanks for stopping by my site today :) I think it's great that you guys get to travel around so much! My husband owns his own business and I am planning on homeschooling my 2 kids (they are 3 1/2 and 21 months) because I am not a fan of the Public school system. Plus as Christians we want to instill Biblical teachings in our kids :)

I saw something about the crater of diamonds on a show- don't remember where. That looks like a fun thing to do as long as you don't mind getting messy!

Okay, when visiting TX I recommend you stop at "Bean Tree Espresso"! It is owned and operated by a personal friend and there are a few locations from which to choose depending on where you are (Copperas Cove, Lampasses, Houston and I think near Ft. Worth). My personal favorite is near Ft. Hood. If you are continuing West there is a cute hotel/casino (though I personally do not gamble) called "Route 66" in NM. They do have some restaurants in there. Have you ever been to Granceland? We made that stop summer 2008 while heading across the U.S. Did you go to Luray Caverns in VA? Okay, sorry, enough questions here.

We live just 30 minutes from Little Rock and have never been to the Crater of Diamonds. We planned to last year and the weather just turned yucky. I'm glad you posted about it. I'll be sure and take rubber boots and extra clothes. ☺