Note: If you plan to travel this summer, we recommend that you read our tips for road tripping during the pandemic. 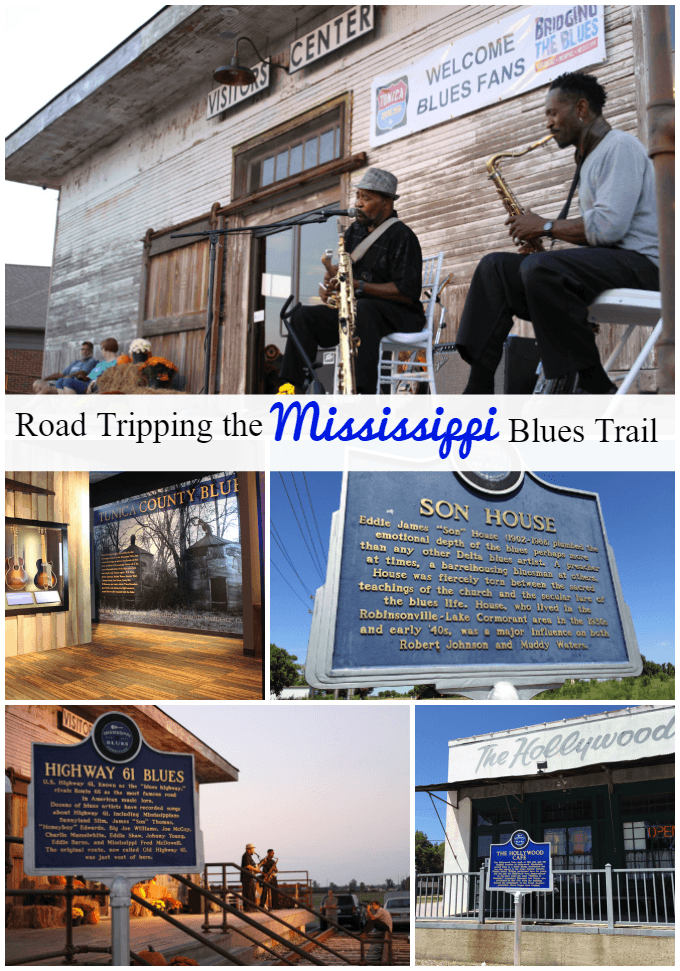 If you love a great road trip, you should consider traveling U.S. Highway 61. The highway, also called the Great River Road travels 1,400 miles from New Orleans to Wyoming, Minnesota, mainly following the flowing waters of the Mississippi River. The section of road south of Memphis to Vicksburg, MS has been dubbed the “Blues Highway” and stretches through the Mississippi Delta.

Said to rival Route 66, you’ll find over 100 historical markers commemorating the people, places and events essential to the creation of the Blues. You’ll also discover museums, diners, unique lodging options, and pass by the spot where Blues great, Robert Johnson supposedly sold his soul to the Devil to become master of the musical genre.

Begin your road trip in Tunica, an hour southwest of Memphis, Tennessee. Your first stop should be the 3,500 square foot Gateway to the Blues Museum and Visitors Center. Housed in a fully restored train depot that dates to circa 1895, you won’t miss the eye-catching rustic building.

Open seven days a week, step inside and discover interactive exhibits, artwork, videos from a local historian, and a recording studio where you can record your own Blues song. The museum is a must stop for music tourists and fans of Blues legends such as W.C. Handy, the “Father of the Blues,” Charley Patton, and B.B. King.

You’ll find the Mississippi Blues Trail U.S. Highway 61 Marker right outside the museum. Five other historical markers can be found in Tunica. 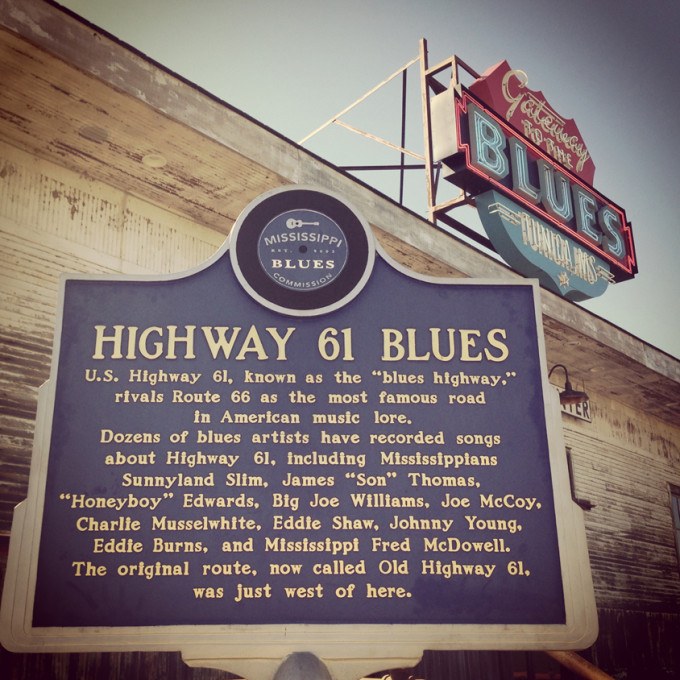 Abbay & Leatherman Plantation– one of the oldest and largest cotton plantations in the Delta, it was also the boyhood home of the blues icon Robert Johnson. 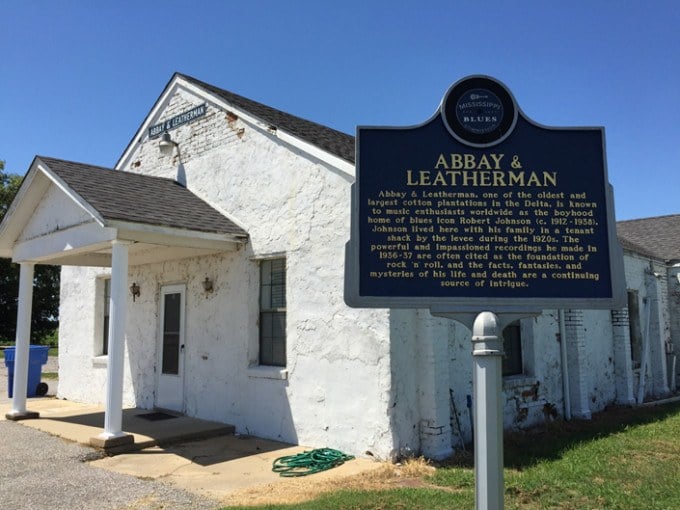 Eddie James “Son” House– Known as a major influence on Robert Johnson and Muddy Waters, he was one of the preeminent blues artists, though his audience was mainly confined to jukehouse performances. He reached international fame during his impassioned “blues revival” performances in the 60’s. 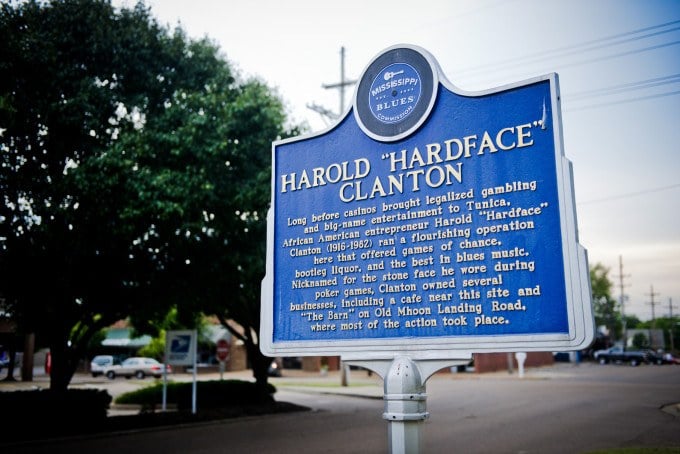 Harold “Hardface” Clanton– This African American entrepreneur ran a successful gaming operation long before casinos came to Tunica. Known for providing bootleg liquor, games of chance and the best blues music, he was a legend across the country. 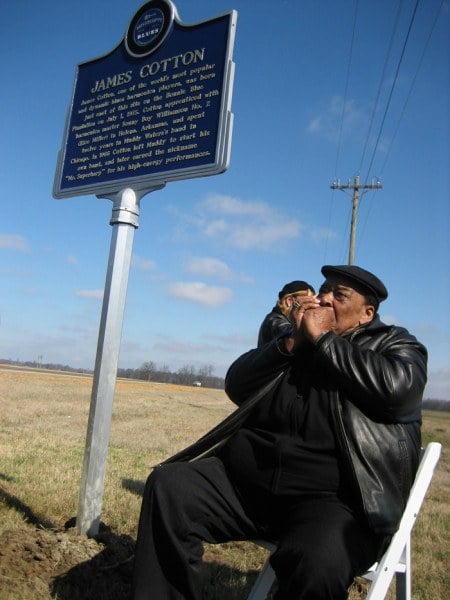 James Cotton– This master harmonica player cut his first tracks at Sun Records, played with Muddy Waters, formed the James Cotton Blues Band and won the 1996 Grammy for Best Traditional Blues Album and was inducted in the Blues Hall of Fame in 2006. 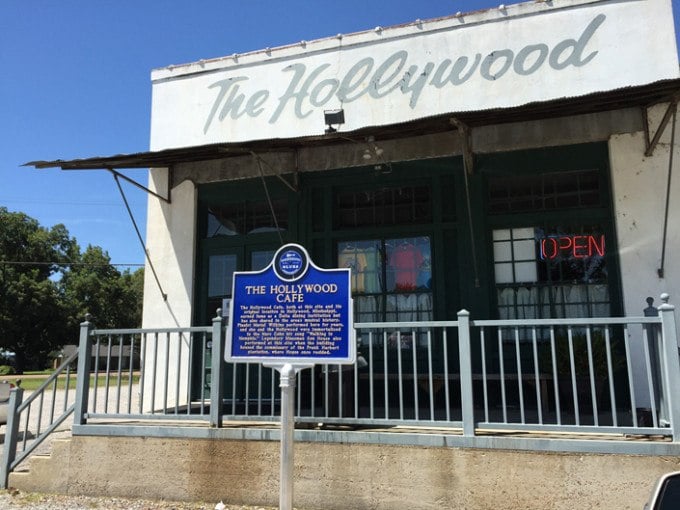 Before leaving town, grab a bite to eat at the Blue & White Restaurant located right on U.S. Highway 61 and serving up meals made from scratch.

As you continue on the trail outside Tunica, you’ll have the opportunity to visit other museums and attractions such as the B.B. King Museum and Delta Interpretive Center, Elvis Presley’s Birthplace, Ole Miss Blues Archives, Rock & Blues Museum, Jimmy Rodger’s Museum and more.

Visit the Gateway to the Blues Museum and Visitors Center to learn more and to begin to plan your trip into the past.

Before you set out on a road trip make sure your vehicle is road trip ready and don’t forget to read our money-saving road trip tips.

Have you road tripped along the Blues Trail? What stops would you suggest?

This post is brought to you by Tunica, Mississippi (Tunicams). Photos provided by Tunica.

I'm glad Mr, Hardface got a marker. His place, The Barn, was not only a gambling house. It was a Mecca for many blues artists traveling old 61, from New Orleans to Memphis. Good job, Jim O'Neal.