This is a sponsored post written by me on behalf of Tec Labs for IZEA. All opinions are 100% mine. 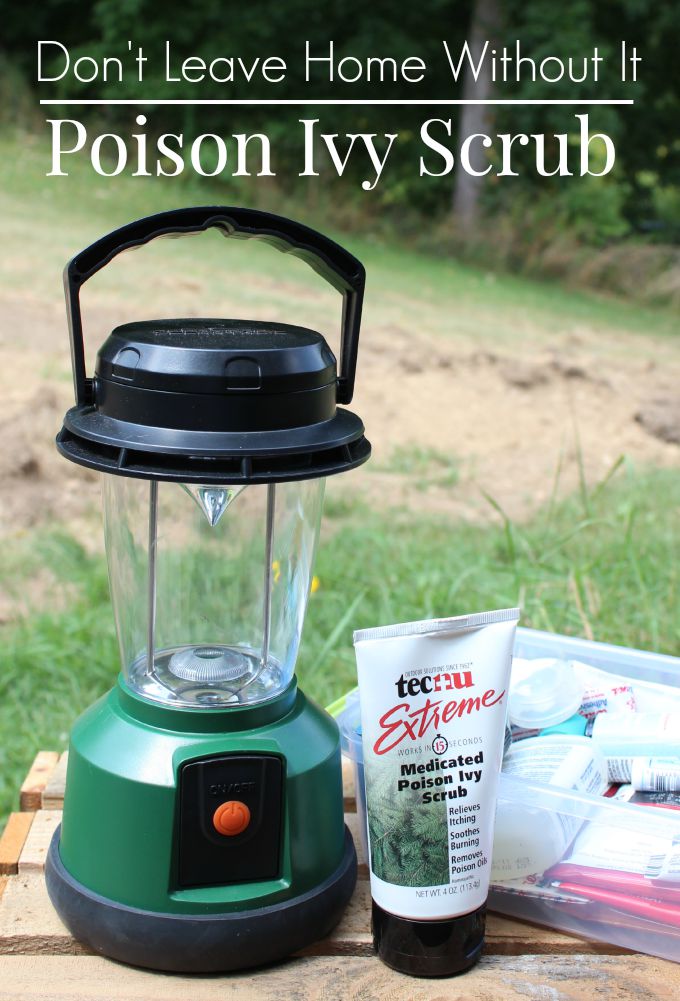 My family enjoys a range of outdoor activities. Camping, hiking, and panning for gold are a sample of the past-times we enjoy that take us off the beaten path. But our adventures also lead to some unpleasant side effects. Mosquitos, ticks, and poison ivy can put a damper on the fun.

My husband recently got poison ivy and was treating it with bleach. Yep. You read that right. He would scratch his poison ivy until it was open and seeping and then pour bleach over it. Does this sound painful to you? Because it does to me. No way are you going to catch me inflicting more pain on myself in an effort to get rid of poison ivy. I don’t know if it really helped because two days later he was still itching and digging at the rash. That’s when a bottle of Tecnu Extreme Medicated Poison Ivy Scrub was delivered to my door. Just to make it clear, I did not WISH the ailment on my husband, but since he had it, you can bet he was going to be my guinea pig to see how it worked. He remarked that it didn’t seem to itch as bad once he used the scrub and after three days his rash has dried up and appears to be clearing up.

When it comes to poison ivy, my thoughts are the best line of defense is to steer clear and avoid contact with the plant. But as hikers, campers and outdoorsy people know, that’s not always an easy task. And my poor husband has had it spread to places to places that he’d rather not scratch in public if you know what I mean. So what happens for those of us that know what we’re looking for but stumble into a patch of poison ivy anyway? Or for those that have no idea what it is and stumble into a patch unwittingly? Allow me to introduce you to Tecnu Extreme Medicated Poison Ivy Scrub by Tec Labs.

Touted as the first homeopathic medicated scrub to remove the rash-causing oil in just one step, Tecnu Extreme Medicated Poison Ivy Scrub prohibits the rash from spreading and also features an anti-itch treatment to alleviate the painful- itchy rash systems that accompany a run-in with poison ivy.  This is the first all-in-one product to stop poison ivy in its tracks. It can be used before a rash starts, or after it has begun. And remember, it stops that painful itching.

Many people contract poison oak or ivy during the summer season, but you can get poison ivy other times of the year. Poison Ivy excretes a resin-like substance that gets on a person’s skin. If not removed, this oil will create a rash in many people within about eight hours, though it could take a day or two for the rash to appear. Tecnu Extreme removes the rash-causing substance urushiol from the skin in one easy step. Simply wet the skin and apply a generous amount to the entire body- focusing on the hands, arms, face and legs and rinse. You should do this up to eight hours after exposure, but it’s best if you wash with this product as soon as possible after contact with the plant.

Make sure you memorize the saying “Leaves of Three, leave it be. Leaves of Five, you’ll survive”, and learn to recognize Poison Ivy. But if that fails, you’ll find Tecnu Extreme at all major drug store chains including Walmart, Walgreens, Rite Aid, CVS and Target. 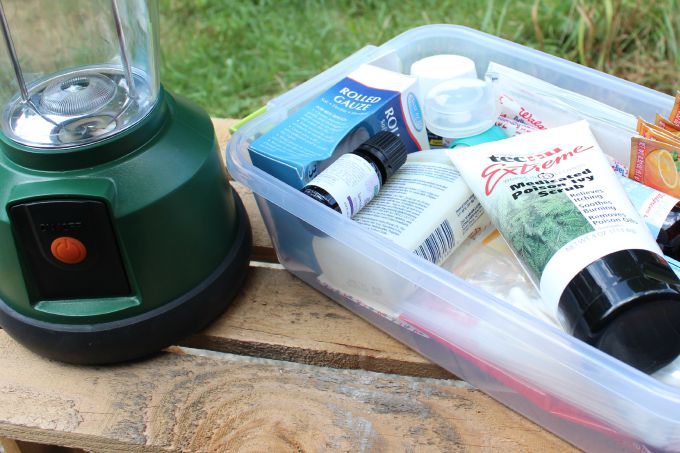 If you’re like me, you never have what you need on hand when poison ivy strikes so why not pick up a tube to place in your first aid kit for camping and pick up another for your home medicine cabinet just in case?  Click here for Poison Ivy Information.

Are you interested in trying Tecnu Extreme? You may be in luck! Two $100 gift cards and one $300 gift card to Target will be given away. Entering is easy, leave a comment and tell me about a time you had poison ivy OR tell me what Tec Labs Inc. products you like to use.

So let’s hear it. When was the last time you had poison ivy and how did you get it?

I've never heard of this product but it sounds like a good one for poison ivy for sure. Thanks for sharing.

I would always get poison ivy on those walks in the woods as a kid. Hard to keep my hands off from the itching. I have never tried these products before, but would love to!

I wish this product existed when I was growing up! So many summers my sister and I spent on steroids to calm the reaction!

I am actually one of the few people that's not allergic to poison ivy. I can touch it and nada. My husband on the other hand is SUPER sensitive to it, so I will get him this next time he breaks out.