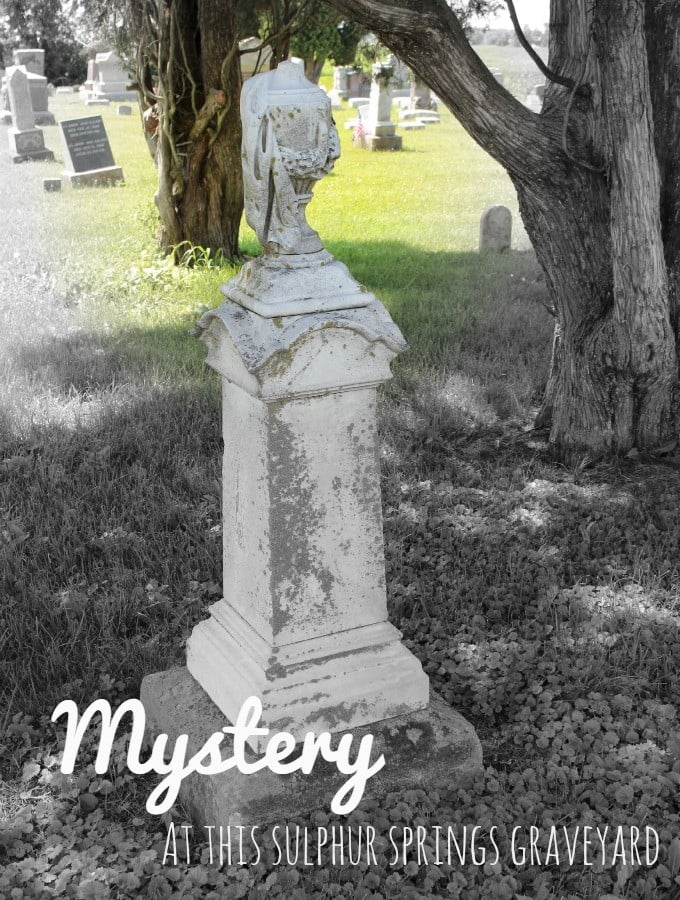 Cemeteries are often the birthplace of ghost tales and unexplained phenomena. While I personally don’t pay much attention to stories of apparitions, I do enjoy a good mystery. I guess I have all the Nancy Drew books that I read as a tween to thank. 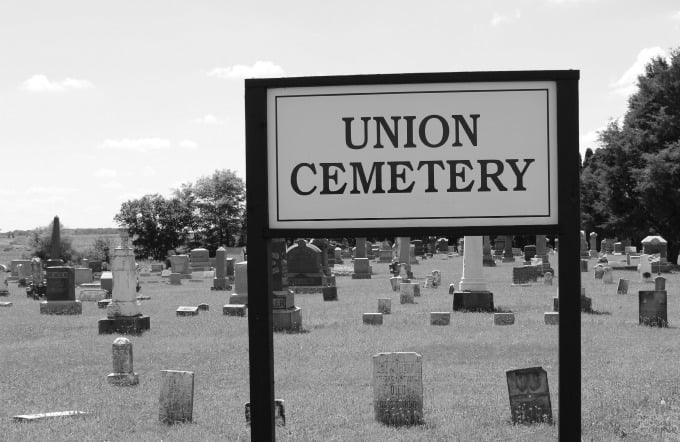 Union Cemetery, situated outside Bucyrus, Ohio near Sulphur Springs has a mystery of their own. Located on the corner of St. Rt. 98 and St. Rt. 602, this cemetery dates back to the late 1800’s and includes several unique tombstones though today I’ll focus on one.

The grave in question features a pedestal with a large granite ball at the top. If you look closely at the photo, near the bottom of the sphere, you’ll see that the stone has rotated from its original position. The only unpolished spot on the ball was now visible indicating the ball has on the move. But what causes the rotation? That my friend is the mystery. And this tombstone is not the only one in the region to have undergone scrutiny.

The Merchant tombstone in the Marion Cemetery has been the source of media coverage and speculation.  The granite ball that sits atop the pedestal of this large tombstone has also rotated over the years. Concerned, the Merchant family hired a construction crew to lift the ball and re-set it in place but the ball has continued to shift.

A focal point in the cemetery, the Merchant Mystery Ball has been featured on “Ripley’s Believe It or Not” gaining it recognition not only through this region, but worldwide. There has been no scientific reasoning for the shifting of the stone so for now, this phenomena remains a mystery.

Interested in learning more or visiting the area? Read Bucyrus, Ohio: More than Meets the Eye.

Hi Tonya! Aren't mysteries grand, and I love cemeteries. I read my fair share of Nancy Drew growing up. Whenever I travel I almost always visit one or two. I hope you'll drop by Travel Photo Thursday again one of these days, and share a link.