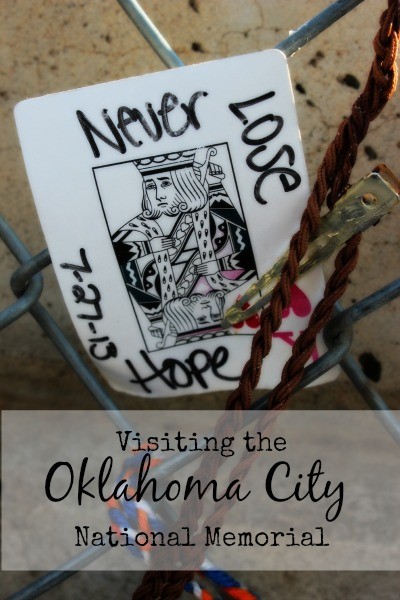 The moment of one of the worst domestic terrorist attacks in the US.

The moment that changed Oklahoma City and a nation forever.

The moment when a fertilizer bomb went off at the Alfred P. Murrah Federal Building in Oklahoma City. Hundreds of people were injured, and 168 were killed, 19 of which were children who were playing in the daycare at the time of the bombing. 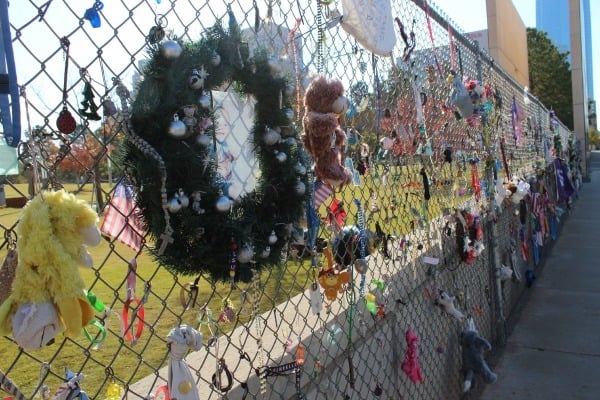 The days following the bombing, visitors began to leave mementos along the fence that was erected to protect the site of the Murrah Building. Over 60,000 items have been collected.

200 feet of the original fence allows people to continue to add personal tokens of remembrance and hope. 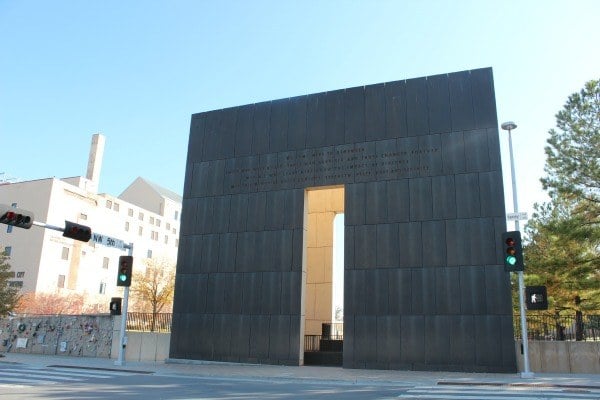 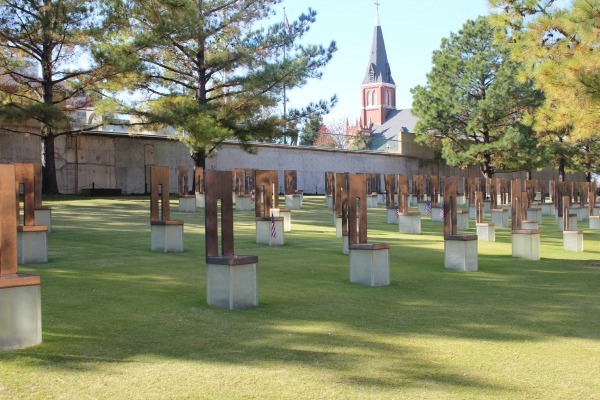 The Field of Empty Chairs represent 168 lives lost, 19 of the chairs are child-size.  The glass bases are etched with the names of the victims. 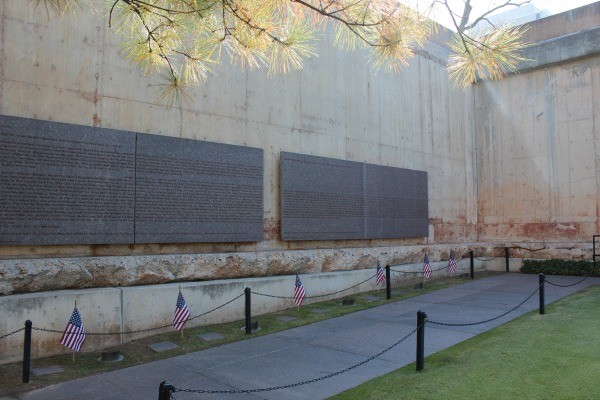 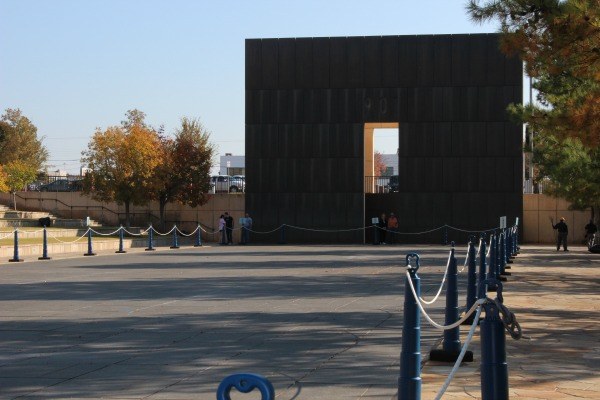 Normally a shallow Reflecting Pool flows between the Gates of Time but improvements were being made during our visit. 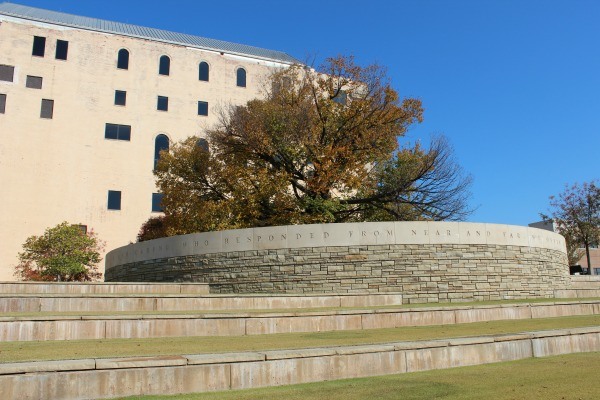 The Survivor Tree has stood on the property for 90 years and though damaged by the blast, has continued to stand as a symbol of human resilience. Near the Survivor Tree is the Rescuers’ Orchard, a tribute to those that rushed to help after the horrific attack. 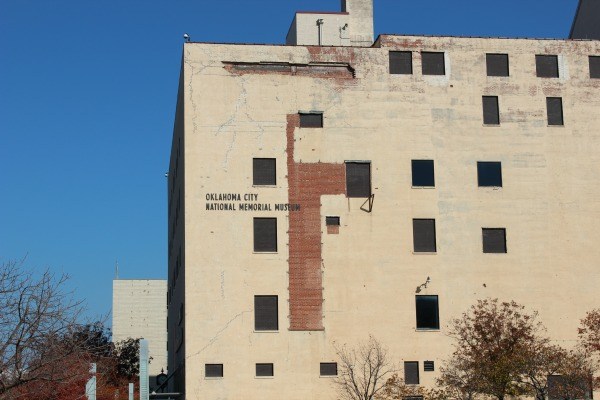 Before entering the Memorial Museum, still missing some of the bricks that were blown off during the attack, you’ll find the Children’s Area. A wall erected with hand- painted tiles featuring the artwork of children. 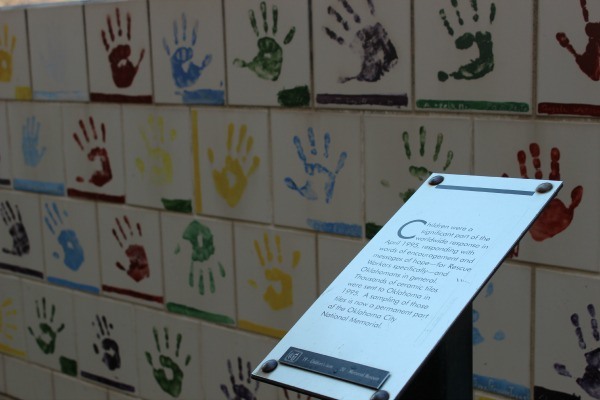 The Oklahoma City National Memorial is beautiful and touching but the symbol that had the biggest impact on me wasn’t found at the Memorial site, but just outside the gates at St. Joseph Catholic Church across the street. 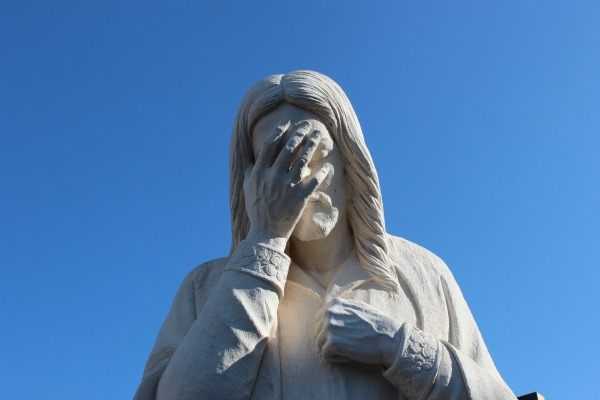 A statue of Jesus stands with His back to the gates, head bowed, hand across His face with the words “And Jesus wept” inscribed at His feet. 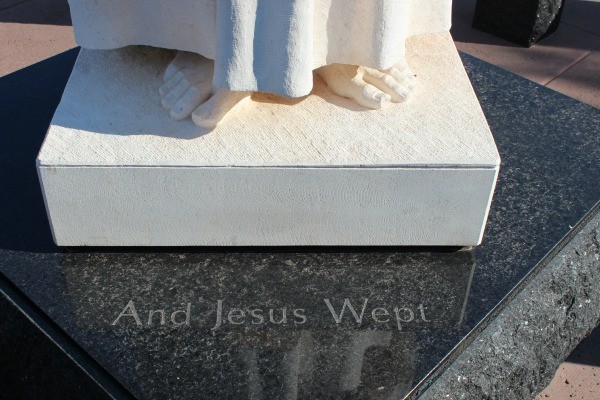 Address: The Memorial is located at 620 North Harvey Avenue Oklahoma City, OK
Phone: 1-800-542-HOPE (4673)
Hours of Operation: The Memorial is open to visitors 24 hours a day, 7 days a week
Cost: There is no charge to tour the grounds.
Website: http://www.oklahomacitymemorial.org or http://www.nps.gov/okci/index.htm

Other things to know:
You’ll find restrooms open outside the museum during museum business hours.

This post is linked to Travel Photo Thursday with Budget Travelers Sandbox.

a beautiful tribute for the unforunate

What a touching memorial - I had no idea it was so big.

Beautiful. I bet seeing all those chairs, and the child sized ones would really make you cry.

Nice post. My husband got to visit the memorial several years ago and told me about how moving it was. About a year ago we both were able to go on a trip to Oklahoma City. We were able to visit during the day and the evening. Definitely was a moving experience.

I can't even begin to imagine the emotions I would feel if I were there. So moving and powerful...and sad.