Warren, Ohio is full of surprises but none surprised me more than walking down David Grohl Alley, home of the world’s largest drumsticks. 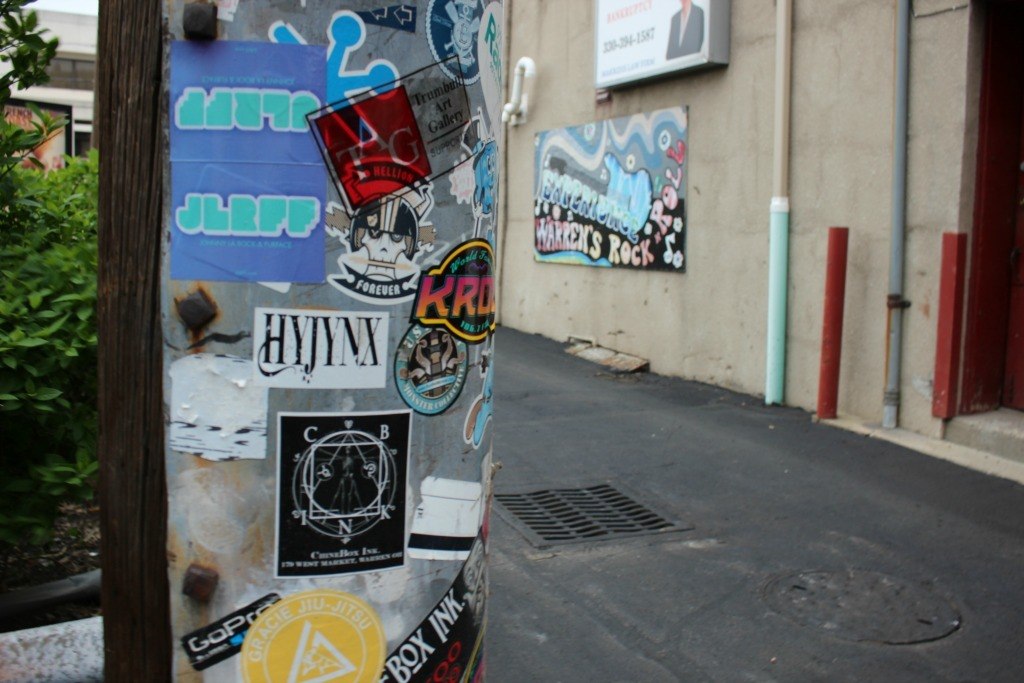 It was no shocker to learn that a small town in Ohio contains not only the world’s largest drumsticks but an entire alley dedicated to the small-town musician-turned-rock-star of two of the most iconic bands of the 21st century. After all, Ohio is a state full of surprises. 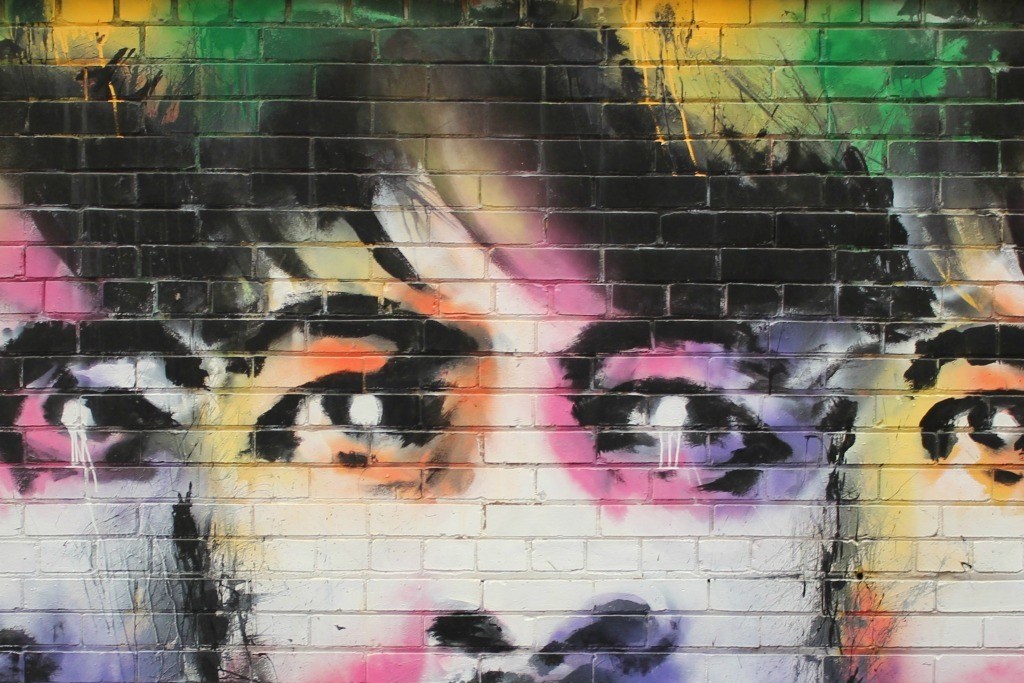 Dave Grohl, the former drummer for Nirvana and the frontman for the Foo Fighters, was born in Warren.

Though he’s not a lifelong resident, he did call the small Northeast Ohio community home before moving from the area as a young child. 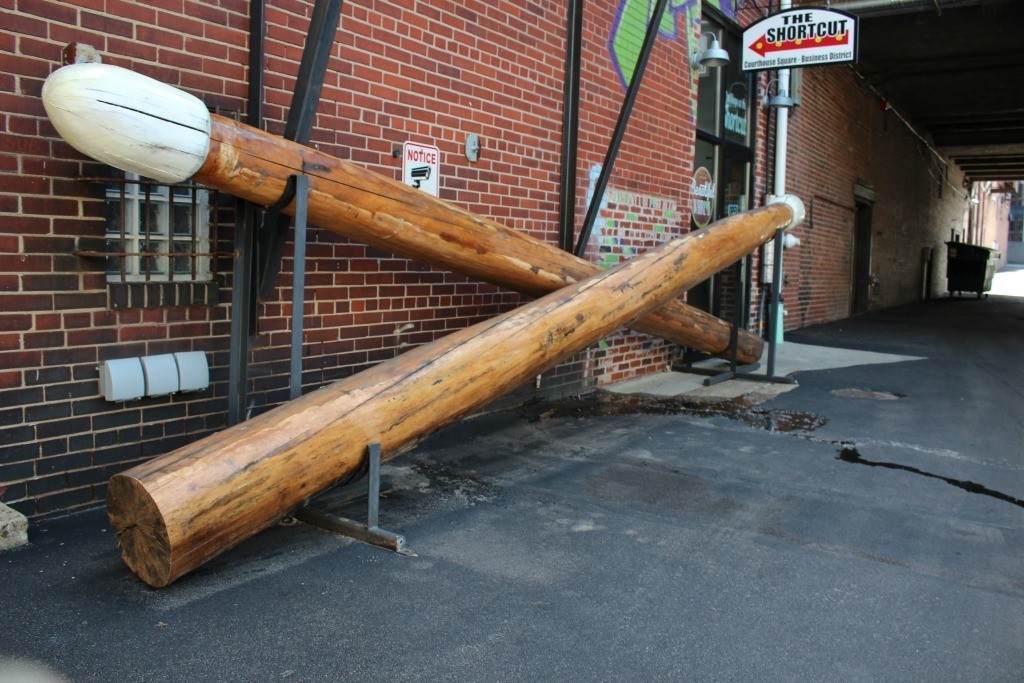 How the World’s Largest Drumsticks came to be

You can thank the former police officer, Joe O’Grady for the inspiration for the alley and making David Grohl a household name for the people of Warren.

His hope was to encourage the young people in the community with the success story of David Grohl. In the process, he managed to clean up a decrepit alley and gave local artists a place to showcase their work while honoring the rock idol.

The alley was dedicated in 2009 and David Grohl surprised everyone when he personally showed up for the event. He even took the time to join one of the local bands for a few songs in celebration. I don’t know about you but if I were in that band, that would be a hard performance to top! 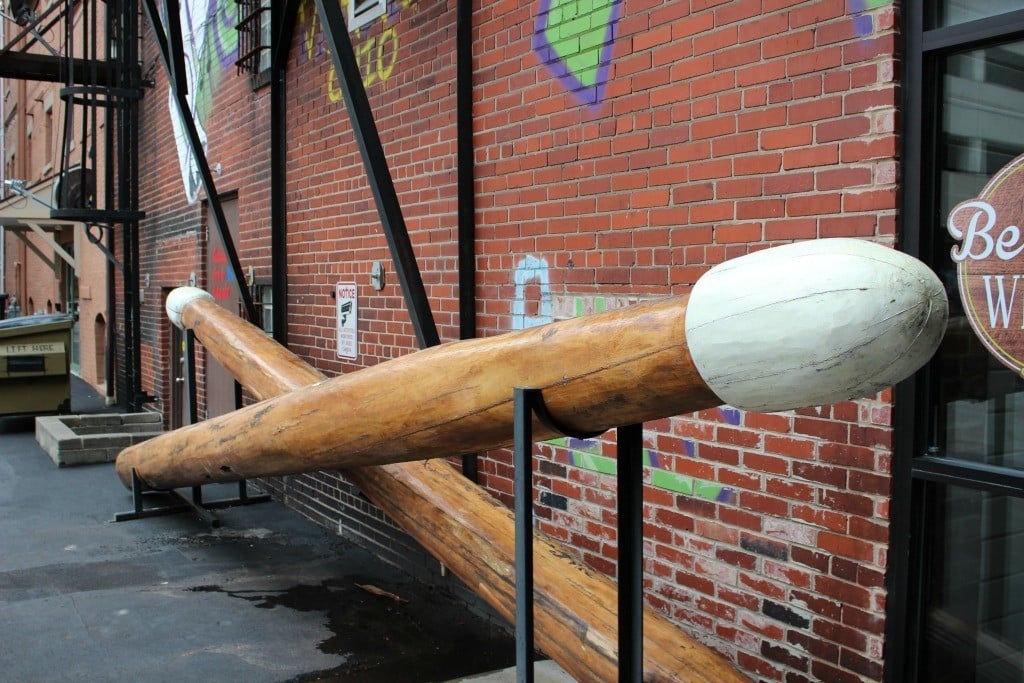 Where is David Grohl Alley?

It’s easy to drive past David Grohl Alley, and you’ll miss it if you’re not paying attention. Located next to Burger King, right before you reach downtown, the alley features sculptures and murals created by local artists. 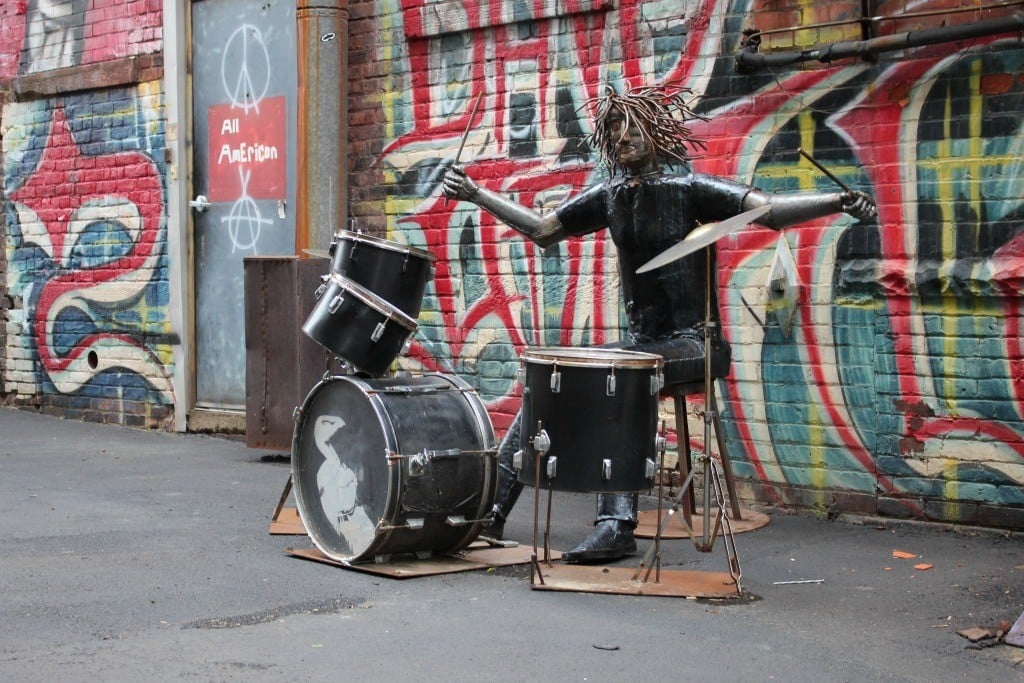 But the focal point and the main attraction in the alley is a pair of drumsticks, each crafted from a single log that weighs 900 pounds.

You don’t even have to know who David Grohl is or enjoy music to enjoy this fun stop. The world’s largest drumsticks are also sought out by roadside attraction enthusiasts and draw visitors to the area daily.

Directions: David Grohl Alley runs between Main Ave SW and S. Park Avenue. Slow down as you approach downtown, the alley is immediately after Burger King on the right and is best explored on foot. 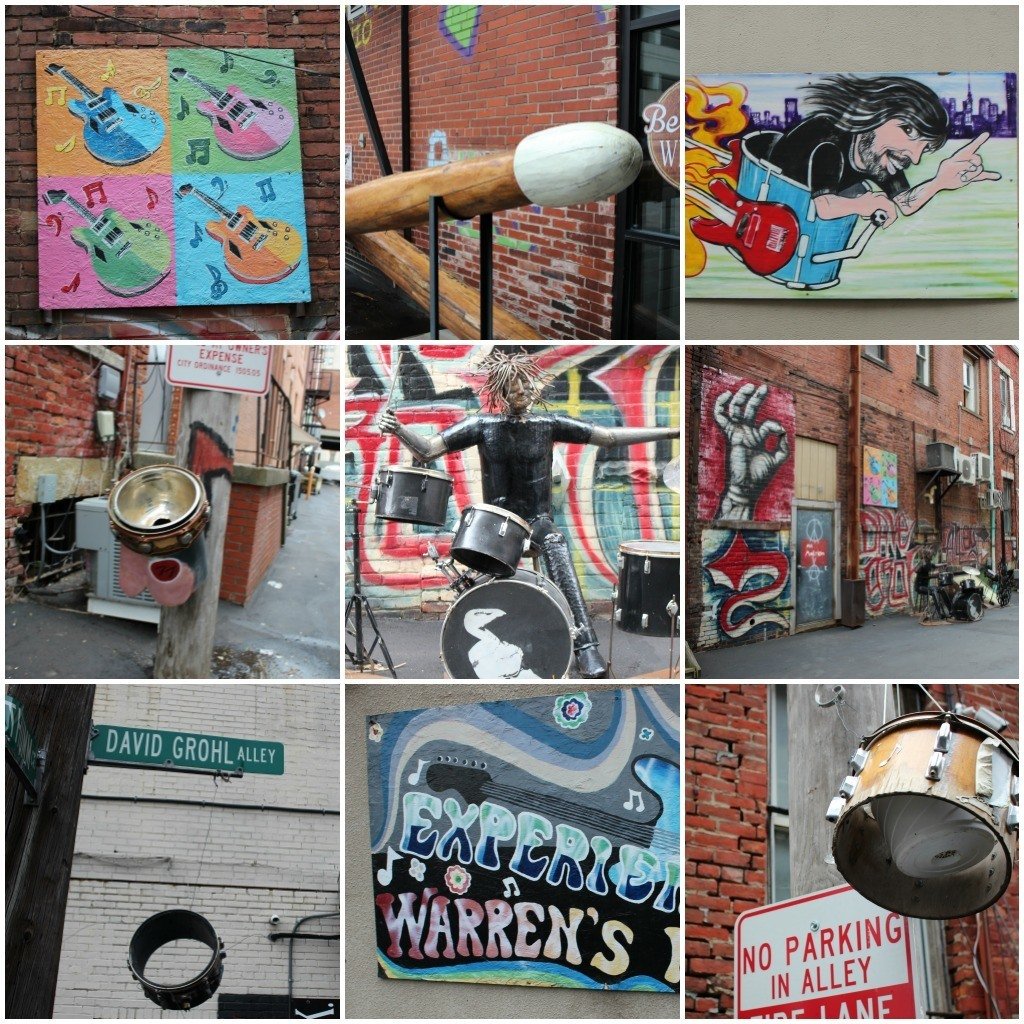 Have you seen the Warren Ohio drumsticks?

If you’re looking for more things to do in Ohio, you may enjoy these posts as well:

50 Quirky Things to See in Ohio

A Glimpse at the Creepy Interior of the Ohio State Reformatory in Mansfield, Ohio