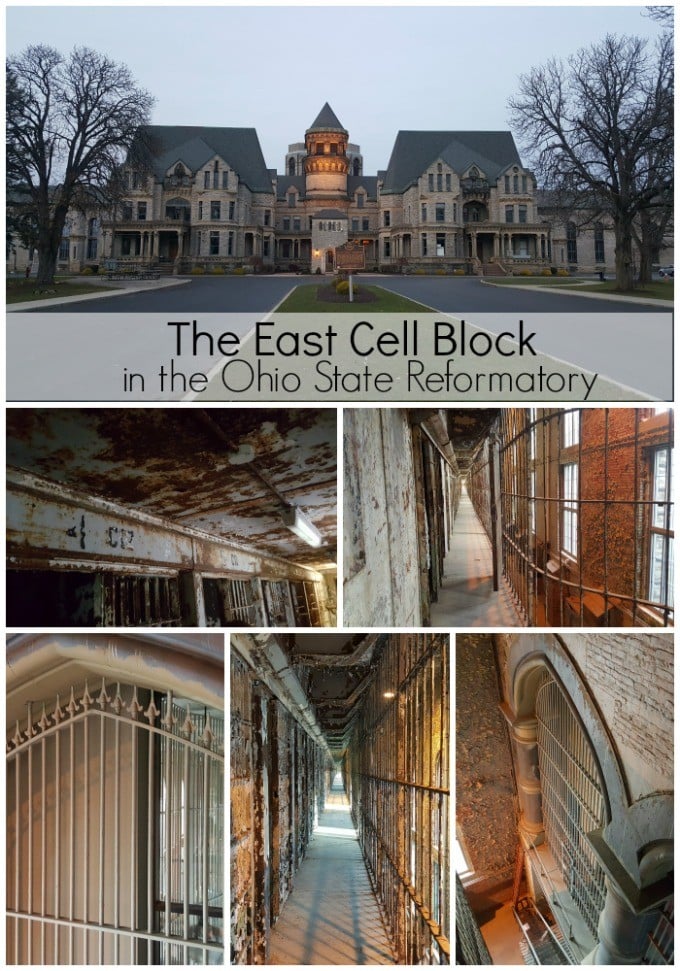 If you’ve watched the movie, The Shawshank Redemption, you’ve seen the Mansfield Prison, or Ohio State Reformatory as it’s officially called. Construction on this beautiful but imposing structure began in 1886 and doors opened to the first prisoners in 1896. The building was originally intended to house first-time, non-violent offenders who had a chance to be rehabilitated. The architect, Levi T. Scofield hoped the ominous design of the prison would encourage the inmates to be remorseful of their actions. 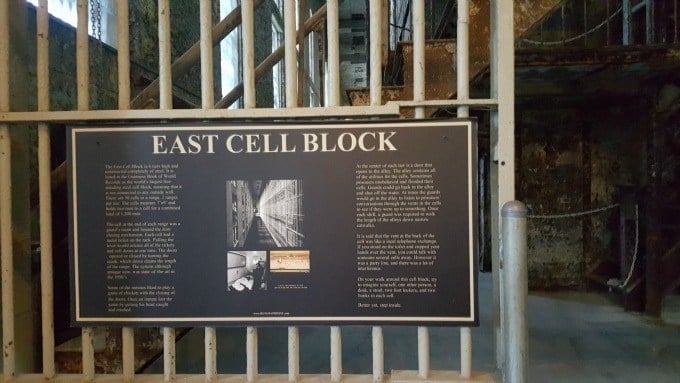 I’ve visited the prison on several occasions and I’ve written about my experience, so today I’m going to focus on the East Cell Block, the highest free standing steel cell block in the world. You won’t see this wing of the prison in the movie, but the six-tier East Cell block boasts 600, 7″ x 9″ cells that would have held two men and provided literally no privacy. In later years, it was referred to as the jungle and held more violent prisoners. The prison remained open with prisoners until 1990. The structure may sound impressive as you read it, but I assure you, it is so much more remarkable to see. 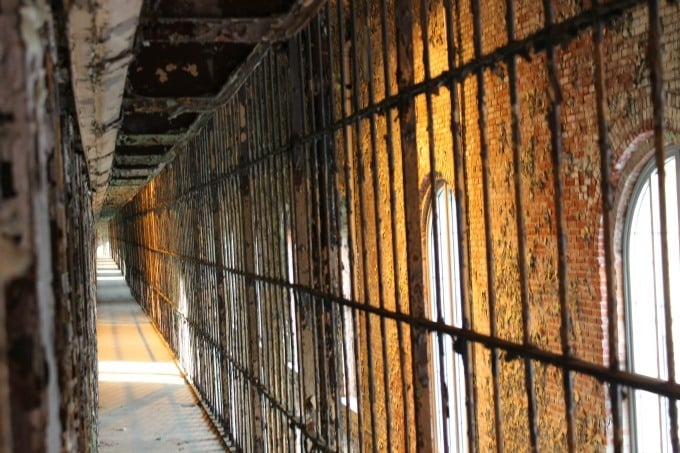 With my fascination of roadside attractions, it may not surprise you that the Ohio State Reformatory is also listed on the Roadside America website and app. In addition to the Shawshank movie filming site, the prison has been the filming location for scenes from Air Force One, Tango and Cash, several music videos and numerous paranormal shows. 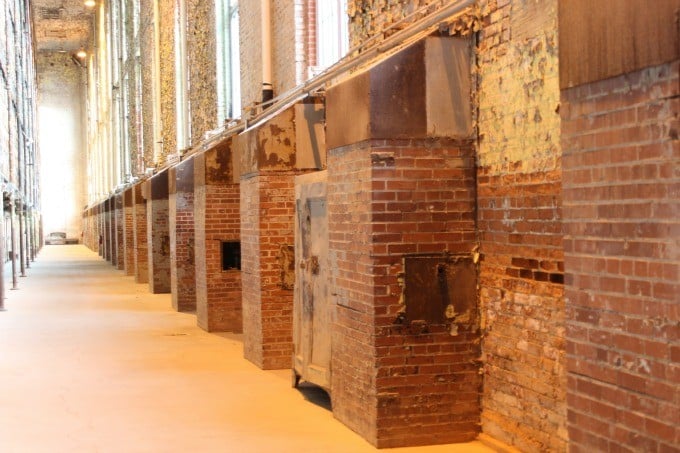 For those that are extra brave (or foolish, you pick), overnight ghost hunting stays are available. I’m more than happy to sit that tour out, as even during the day the structure evokes more than enough creep factor for me. 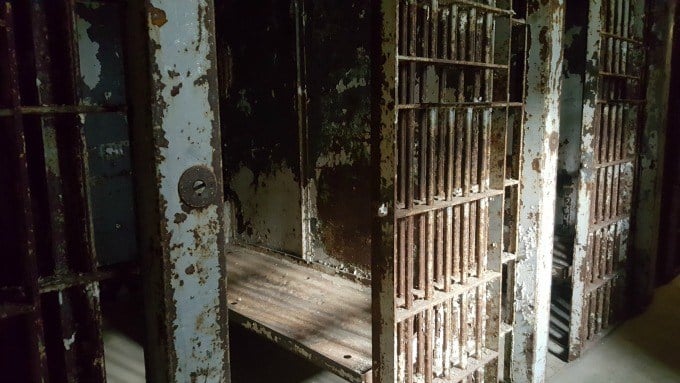 The prison offers self-guided and guided tours at various times of the year as well as a Haunted Prison experience in October and a Christmas at the Reformatory. You’ll find more information, including hours of operation and pricing at www.mrps.org. 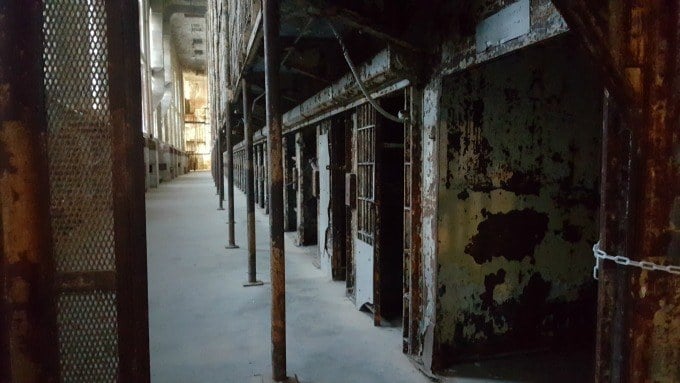 Are you ready to plan your trip?

@Harold rishel, My brother spent a lot of time there. He was older then me so I don’t remember the yrs. But he went to reform schools and then prisons from 12 yrs on up starting in 60s until about 2000. His friends also . Including Cinci Workhouse which was worse then Mansfield. They have a bucket when you went in . /-; . I’m wanting to tour this place soon . I remember it was scary when I was little with my mom visiting there.

It really is quite beautiful, at least on the outside. My teens would love to explore here, and it's obviously a photographers dream. Great photos!

It is an amazing place to visit. I've toured several times- how could I not? :)