Are you planning a NYC getaway with someone special but are hung up on lodging? We’re sharing the best hotels in New York City for a romantic weekend. 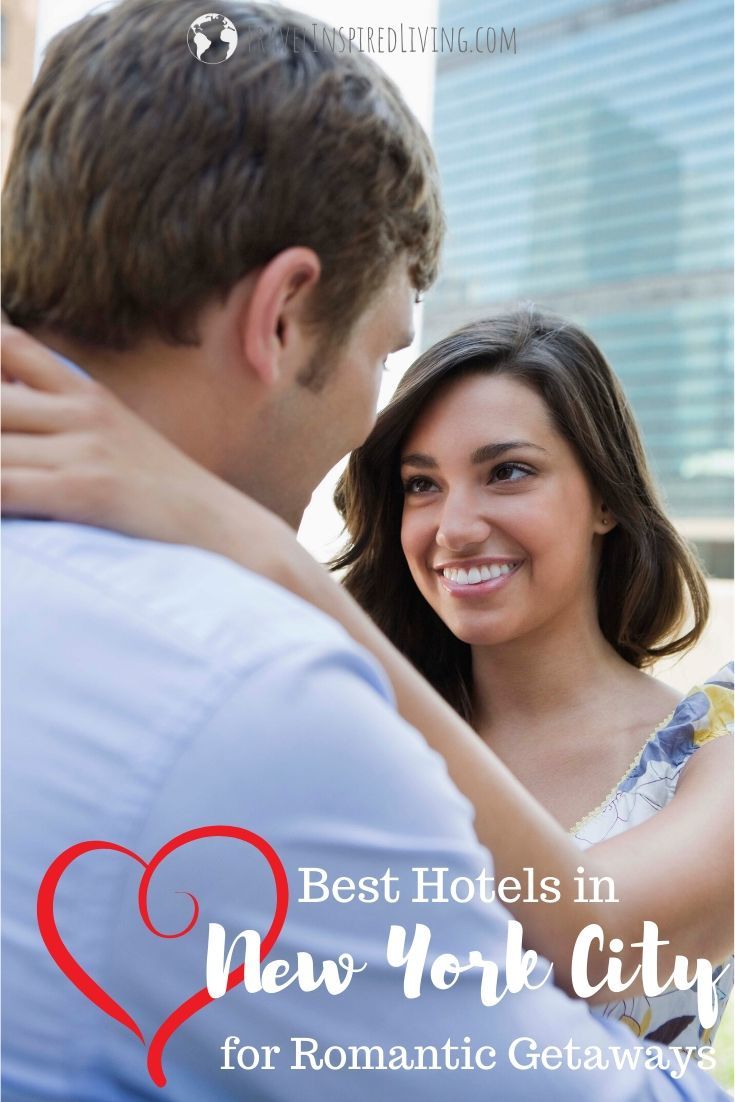 Any time of year is a good time for a romantic getaway to New York City. With over 8 million residents, five unique boroughs, and thousands of tourists visiting daily, there is always something going on in New York. It’s why they call it the city that never sleeps.

And while New York is typically seen as an expensive destination, with over 100,000 hotel rooms in the city, there’s a suitable option for every budget.

So whether you are looking to splurge on a Big Apple getaway or have a low key romantic weekend without breaking the bank, these are the best hotels in New York City. 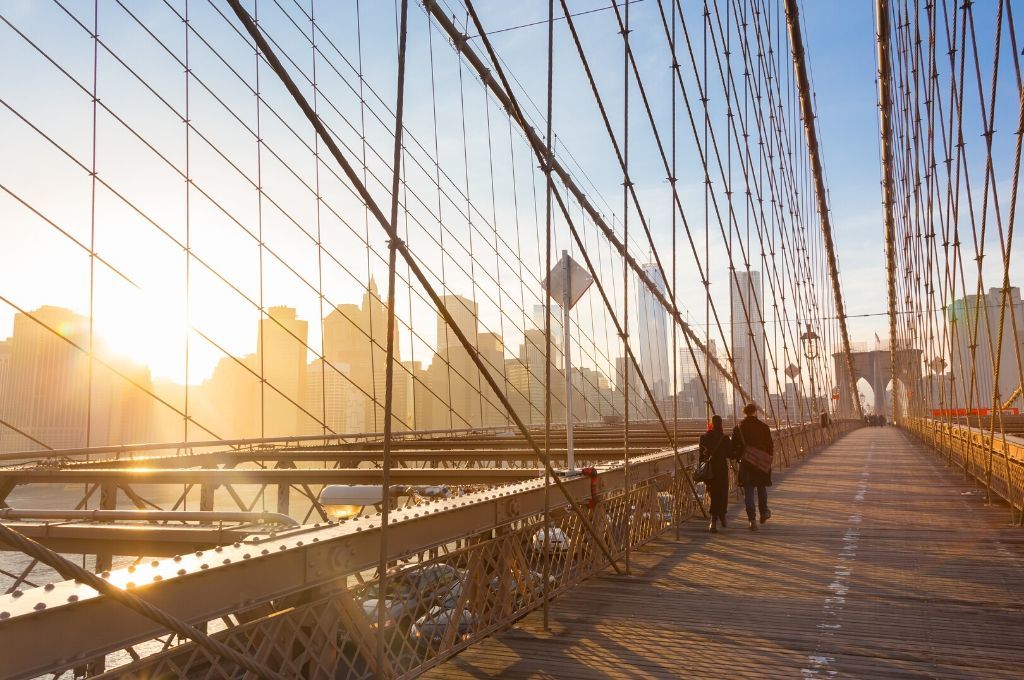 The ultimate New York hotel is the Plaza, the most iconic hotel in New York City. (Aside from the Waldorf Astoria, which has seen better days.) Made famous by Hollywood movies, celebrities, and dignitaries, the Plaza has the best location at the foot of Central Park and has been welcoming famous guests since 1907.

The epitome of opulence can cost up to $50,000 per night for the best rooms, but mere mortals can rent a room starting at $550 per night.

As a Fairmont property, you may be able to pool some points or travel-hack your way into a better deal. Even if you don’t stay here, consider splurging on a meal at Palm Court, the Plaza’s iconic restaurant featured in the Great Gatsby.

For a fun place to stay in New York’s Meatpacking District, you can’t beat the Gansevoort Hotel.

Wedged between Chelsea and Greenwich Village, this is a lively area that includes the Chelsea Market and the High Line, one of the newest New York attractions.

The rooftop pool and bar are spectacular in summer, where you can watch the sunset over the Hudson River.

While it’s not the cheapest hotel in New York, the location is perfect for a low key getaway. Hit Chelsea Market to pick up items for a picnic lunch, then take a stroll on the High Line and kick back to people watch at one of the many parks or squares in the area. 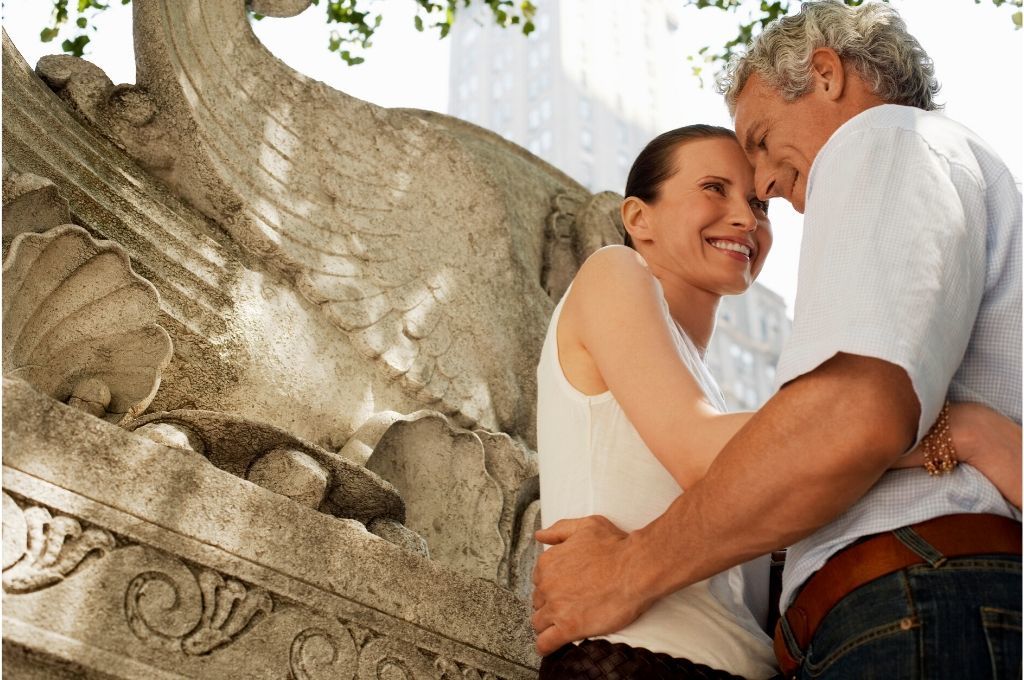 For a more budget-friendly hotel in the Times Square area, check out TRYP, a modern concept by Wyndham.

This modern, artsy hotel is just a five-minute walk from Penn Station, a 15-minute walk from Bryant Park and the Empire State Building. The Theater District is a 20-minute walk and you’ll pass dozens, if not hundreds, of restaurants along the way. Sure, Midtown and Times Square are super touristy, but if it’s your first time in New York, everything you want to see is right here in Midtown Manhattan.

With rooms starting at $200, you’ll have more money to spend on amazing restaurants and attractions in Manhattan.

If you want to splurge on a New York hotel, but prefer to have a more “local” experience, check out the Gramercy Park Hotel. Wedged between the hip Flatiron District and up-and-coming Kips Bay area, Gramercy Park is an exclusive neighborhood.

The entire neighborhood is listed on the National Register of Historic Places.

If your idea of a romantic New York weekend involves strolling down leafy streets and popping into quaint bistros to eat, then Gramercy Park is perfect for you.

The hotel restaurant, Maialino, serves up some of the best Italian food outside of Little Italy! 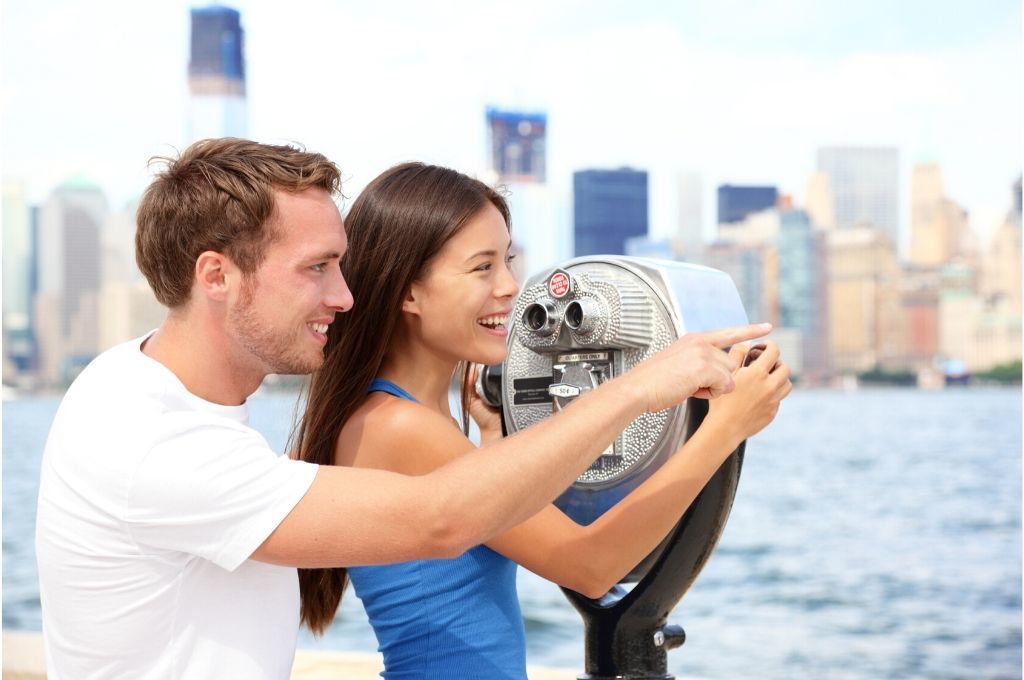 Another cool New York neighborhood is Battery Park in Lower Manhattan. This is the financial district of New York, with Wall Street, the Stock Exchange and the former site of the World Trade Center, now the 9/11 Memorial.

The Conrad Hotel is an all-suite Hilton property overlooking Rockefeller Park and the Hudson River.

This location is perfect for your second stay in New York, once you’ve explored Midtown and wish to explore other New York attractions, such as the Statue of Liberty, Ellis Island, SOHO, and Brooklyn.

Another “live like a local” option is to stay in Brooklyn.

Around the turn of the millennium, Brooklyn went from budget borough to hipster haven and is now one of the coolest places to stay in New York. While Brooklyn is no longer the affordable area it once was, you can still get a deal on accommodations.

The Box House Hotel is a great example, with rooms starting under $200. With apartment-style rooms, this is the perfect place for a cozy getaway just outside Manhattan.

You can spend your entire stay exploring the different neighborhoods of Brooklyn, or hop a ferry or train over to Manhattan. 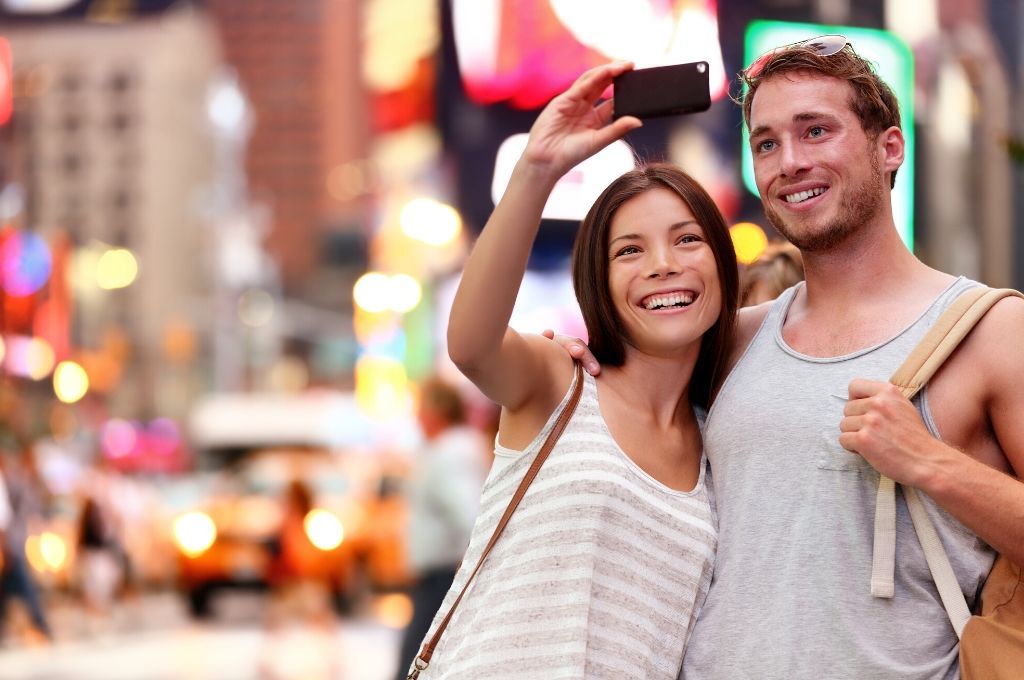 Technically, this is not New York City, but imagine looking across the Hudson River to see the entire New York City skyline reflecting back at you.

In Hoboken, you get amazing views, a quick commute to New York via train and prices that won’t force you to take out a second mortgage.

Many New York City hotel rooms look out at a brick wall or a fire escape, so it’s worth the splurge to get a nice view from across the river.

This is the hometown of Frank Sinatra, and there are plenty of good restaurants and attractions to explore on this side of the river, too.

While it may be tempting to try to save money by renting an Airbnb apartment, they are pretty much illegal in New York City. That doesn’t mean there aren’t listings, but you are taking a big risk by going this route. You’re better off learning some travel hacking skills, racking up hotel points with your favorite brand, or scouting for hotel deals way in advance of your trip.

Do you have a favorite hotel in NYC for a romantic getaway?