This post is written by my incredible, adrenaline junkie 18-year old daughter Chelsea,  who is learning to spread her wings and fly.

For my 18th birthday I decided I’d get real crazy and book a trip to go skydiving, which really blew my family’s mind considering I’m super scared of heights. I somehow talked my older brother into going with me, long story short, he chickened out. Since my birthday is in September the weather ended up being terrible, so we weren’t able to go when we planned. I rescheduled months later, just wanting to get it over with. I didn’t want to jump alone so I asked everyone I knew if they’d jump with me. Almost everyone turned me down. Somehow I convinced a couple friends to jump with me. 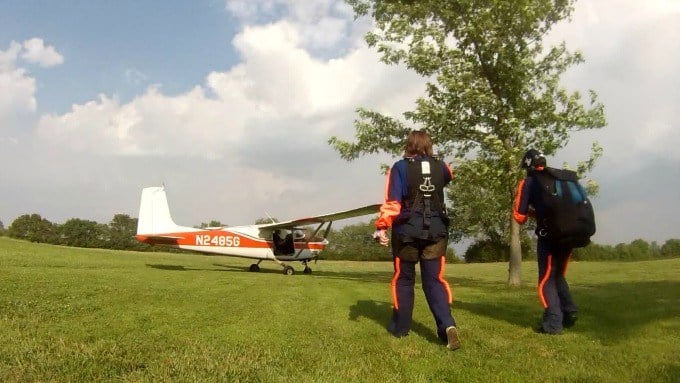 Approaching the plane to check one item off my bucket list. I was ready to go skydiving.

Considering the fact I had never been skydiving before, I asked for recommendations and literally booked with the closest place I could find, I read a couple reviews to make sure they were legit.

The day came that I actually had to jump.

I couldn’t believe I was crazy enough to actually jump out of a moving airplane. My mom was obviously trying to talk me out of it the entire week, she even prayed it would rain so I wouldn’t be able to go. If I hadn’t had pre-paid I probably would’ve been talked out of it, but I wasn’t about to waste my money and tell everyone I had chickened out. So I went. 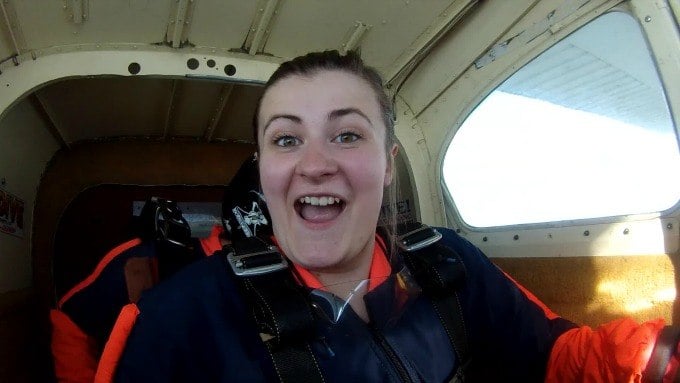 We drive 2 ½ hours to this place, not knowing what we were even getting ourselves into. We arrive at an airfield, I sighed with relief thinking how un-sketchy this place was. Once inside though we realize we’re at the wrong place, they proceeded to point at a little blue shack, telling us that’s where the skydiving people would meet us. Literally the shack wasn’t even big enough to sustain life. We pull over, waiting for the van to come and pick us up, totally sketched out the van pulls up, we jump in. and they take us literally to their office at their house, THEIR HOUSE! WHAT IS THAT! We then sign out lives away, take the safety class (Which only lasted ½ an hour…) I feel like if I’m jumping out of a plane I need more preparation than only ½ an hour. 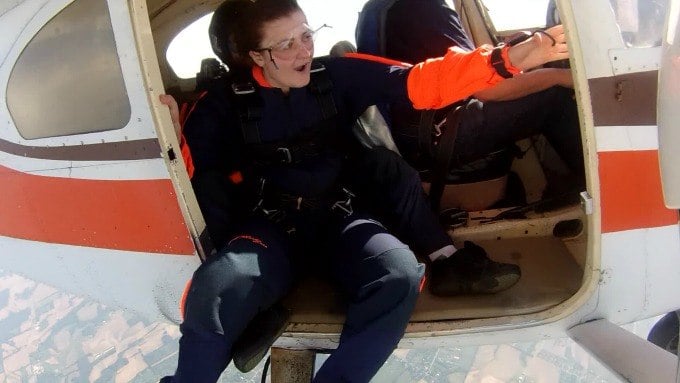 One of the instructors apparently called off, so they only had one plane and six people waiting to jump. The mini plane would only fit three people at the most. Because of that they could only take 1 person up at a time, my friend and I were the last ones there, so we waited until everyone was finished. We had probably been at the skydive place for at least four hours when I finally get called to get suited up. Gearing up was absolutely an awkward experience and then it started raining. Obviously I couldn’t jump out of an airplane when it’s storming so they directed us to go get food and come back. I got fully unsuited and left in search of food. I’m positive the rain was my mom’s fault. 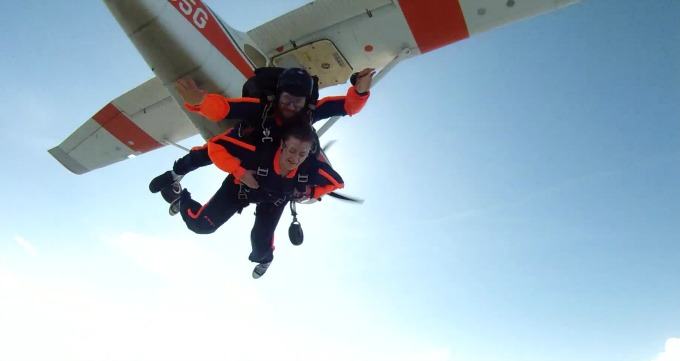 Once we got back we were all set to go, so I got geared up again, which again was just as awkward. I jumped into the tiny plane with two other instructors- the one who was jumping tandem with me and the other who was serving as the photographer so I could remember this day forever. We flew to a height of 11,000 feet.

Once we’re up to altitude, I climb onto my instructors lap, literally just chilling on this guy’s lap while he’s strapping me up to him. Yes, it was as totally awkward as it sounds. Of course, I totally forgot to mention this guy is probably half my size. I’m convinced that I’m crushing him, but I definitely didn’t care at this point, I was freakin’ 11,000 feet in the air! 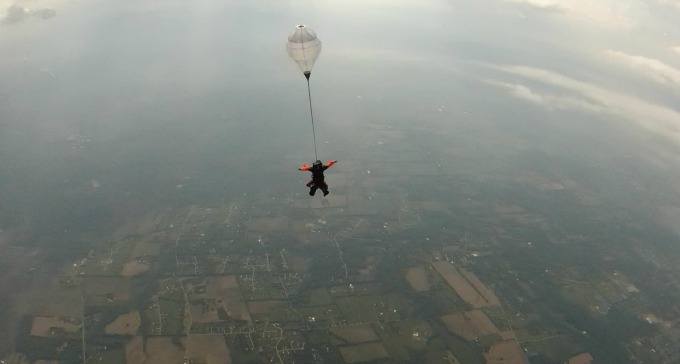 The airplane door opens and the camera man jumps out, which means it’s my turn to jump. I shimmy to the door with as much class as I can with this man on my back. Once at the door, I realize there is absolutely no way I can get out of this now. I look down, take a deep breath and jump.

Free falling for about 60 seconds, feeling every bit of fat on my body just flapping around, I guess going down 200 miles an hour does that. As my instructor pulled the parachute, I felt like I got instant whiplash, and a super intense wedgie. I’ll probably feel the latter for the rest of my life. We slowly descend to the ground, and I realize this is the craziest, most insane thing I’ve ever done and probably ever will do. 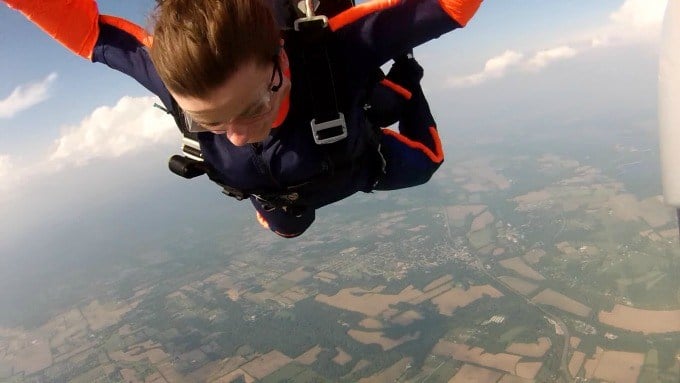 And I loved every second of it.

How brave! I've always wanted to try to say dive but I'm way too chicken.

I could never do it! My daughter is so much braver than I am.