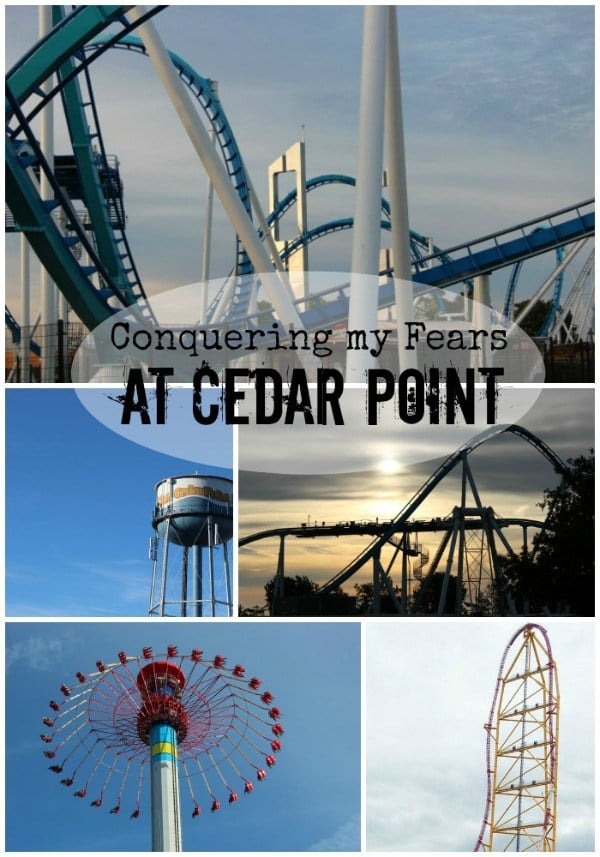 Thanks to my daughter, Chelsea, for sharing her experience at Cedar Point.

I don’t know about you, but I’m pretty scared of heights, like maybe terrified. Because of that, roller coasters were never a huge draw for me. But, when I was a freshman in high school my best friend somehow convinced me to go to Cedar Point with her and her youth group. I thought I could jump on every ride and be fine. Like, what’s the worst that could happen? HA no, I ended the day riding a total of two roller coasters and mad at my friend. I felt like she was trying to pressure me to ride huge roller coasters when it was a milestone for me to actually go to Cedar Point in the first place. Well, since then I’ve gone every year, not really riding anything too major. And not really pushing myself too much. This year I decided it would be different.

It’s soon to be my 18th birthday, and obviously I have to do something super impressive. I decided I wanted to go skydiving. Because that’s major, and super terrifying. I figured if I was planning on jumping out of a freaking airplane, than maybe I could ride a couple roller coasters that used to scare the poop out of me. The only one I was sure I would have a problem with was the Top Thrill Dragster. It’s the fastest roller coaster in America, and the tallest. Holy Cow! 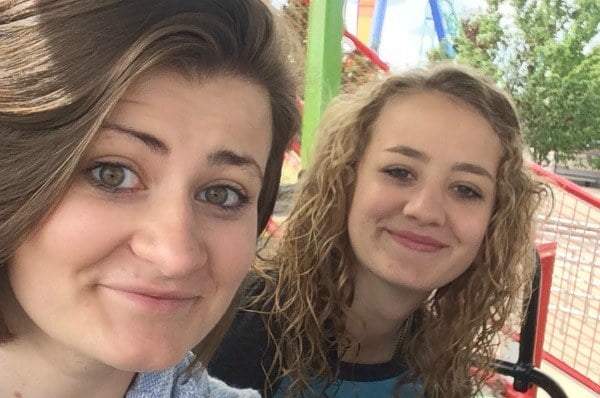 Since we were staying at Hotel Breakers, on Cedar Point property, for the entire weekend, my friends and I decided it’d be best to get my fears out of the way and go on the Dragster first. But, lucky for me it was raining most of the first day of our visit and the ride was closed. As soon as it stopped raining we made our way to the gate, so we’d be first in line when it reopened. Which it did. We weren’t first in line, but we were close. My best friend somehow managed to convince me to ride in the front car! THE FRONT! Oh golly. There was just one train in front of us. So we were waiting. And I was wishing I would have taken the time to pee before stepping in line.

We watched the first train of cars took off with a flash- but since it had rained, it didn’t pick up enough speed to make it up the 420 foot incline that pretty much goes straight into the air, so it rolled back on the track to the starting line. That TOTALLY freaked me out because I was sure that wasn’t safe, I was positive I was going to die. Or worse, pee my pants. At that point I looked at my friend and told her if I peed myself it’d be an absolute secret between her and I, which she totally understood.

The majorly attractive button pusher guy, whose job is probably pretty important, looked at me and could tell I was totally freaked out watching that first train roll down from the hump. He looked me in the eye and said something about how the reason it rolled back was because the wheels on the car weren’t moving, they were gliding, because of the rain. Um, what? That doesn’t sound safe at all. I responded by saying “No big deal, right?” Totally sarcastic, because that sounded like huge deal to me. Next, he added that as long as the brakes didn’t go out, I’d live.

OKAY MR. THANK YOU FOR FREAKING ME OUT.

Not even okay. My friend proceeded to give him the death glare until he stopped talking to me. Definitely not something you tell someone who is already freaked out.

But I got in the seat, closed my eyes, and prayed I wouldn’t die. Or pee. Our car took off in a flash- 0 to 120 mph in four seconds. I doubt I could have opened my eyes at that point if I even wanted to! But I didn’t. Not until the car slowed down and we were at the very top of the hump, ready to go down. Oh gosh, that was a mistake! I look down, and I couldn’t see the tracks at all. That was how severe the drop was. Totally a terrible time to open my eyes, but, I made it to the bottom, and I lived. I didn’t even pee my pants! Not even a little. Totally worth it.

So I decided if I could ride the Top Thrill Dragster and not die. Or pee. I could ride every other single rollercoaster in Cedar Point. And I did.

Disclosure: I didn’t pay for my weekend at Cedar Point. My mom is a blogger and got tickets to the park. She loves me so she shared.

Oh man ... I've never seen Dragster roll back like that, I think if I have I would never ride it again! So kudos to you :). I enjoyed the blogger day there as well, didn't get to ride Dragster but we went on Magnum, Millennium Force, GateKeeper, and some others.

I think it's more common in the morning and on cool days. It's been explained to me in depth why that happens, but I can't remember the details now.