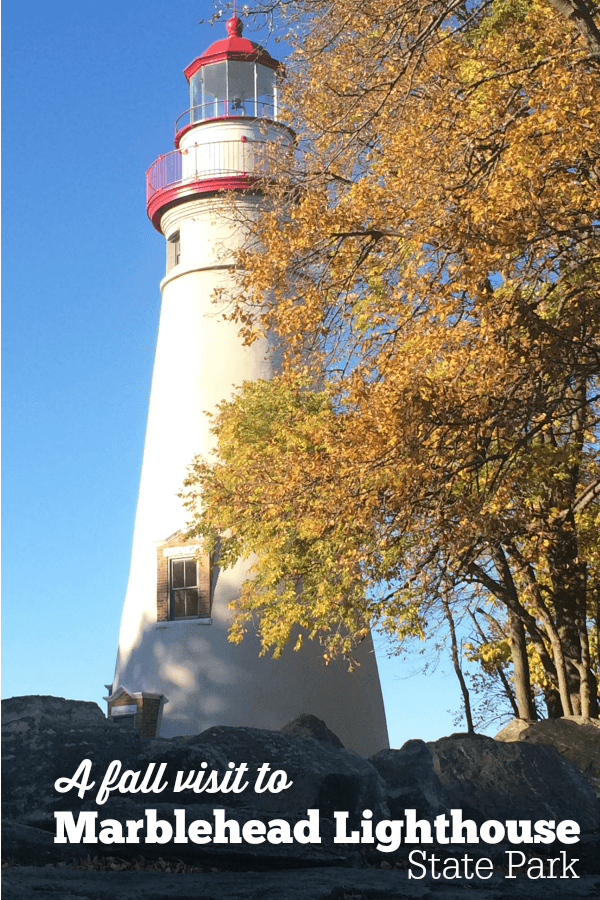 The lighthouse and museum at Marblehead Lighthouse State Park may have closed to visitors a couple weekends ago, but that didn’t keep my husband and I from planning a stop to enjoy the grounds. As a young child, the lighthouse was the extent of my knowledge of Lake Erie. To this day, when someone mentions that they are “heading to the lake”, my brain automatically flashes a picture of the lighthouse, even though Lake Erie is much larger than Marblehead!

The Marblehead Lighthouse State Park is located along the Lake Erie Ohio Coastal Trail which runs almost 300 miles along Ohio’s shore. While it’s been a goal of mine to travel the entire length of this scenic highway, it seems more likely that I will explore it in pieces- one lakeside town at a time. 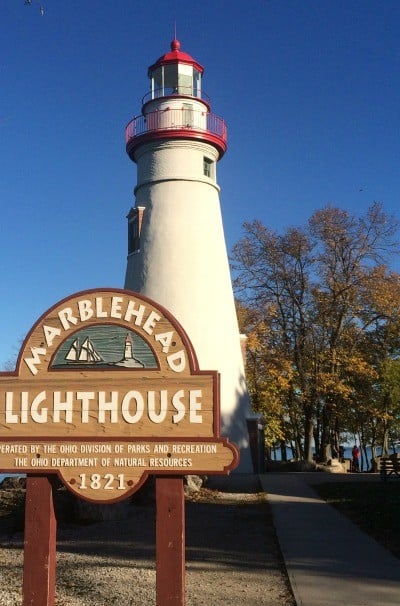 This state park isn’t large, but that doesn’t stop visitors from coming from all over Ohio- and beyond. According to the state park website, the Marblehead Lighthouse State Park is one of the most visited and most photographed parks in Ohio.  While I would suggest able-bodied visitors tour the lighthouse during the summer season and take the time to climb narrow spiral staircase to the top of the lighthouse,  I prefer to visit off-season. The park is less crowded, I can walk along the sheets of limestone behind the lighthouse and linger as I listen to the waves break against the rocky shore. Gazing across the water, you can see South Bass Island and Cedar Point Amusement Park.

The nine-acre park offers benches, picnic tables, a Keeper’s House which is now a museum of the area, operated by the Marblehead Lighthouse Historical Society, and restroom facilities. A replica of the original U.S. Lifesaving Station is planned to be constructed a short distance from the lighthouse on the state park property.

Marblehead Lighthouse has been in operation since 1822 and continues to shine it’s light on Lake Erie today. Over the years, it has had 14 keepers. The first was Benajah Wolcott, a farmer who lived about two miles down the road. 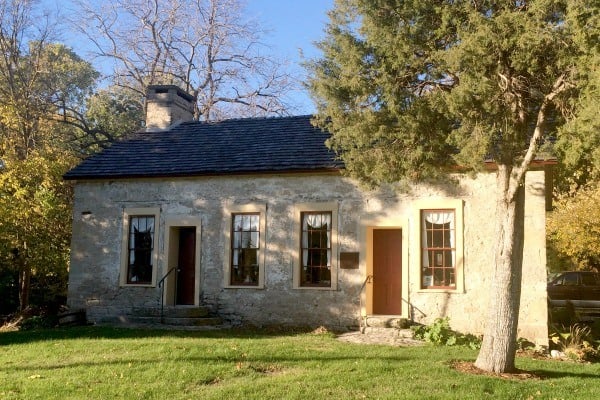 Today you can visit his small stone house, The Keeper’s House, for a tour in season. The home is the oldest surviving home in Ottawa County and  home to the first three lighthouse keepers. Benajah kept the lighthouse until his death in 1832 and his wife, Rachel, took over the operation. 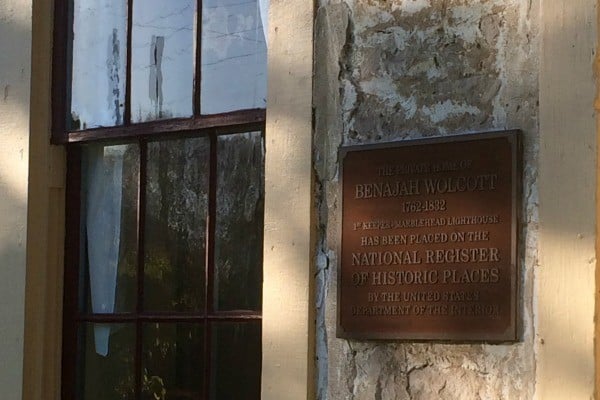