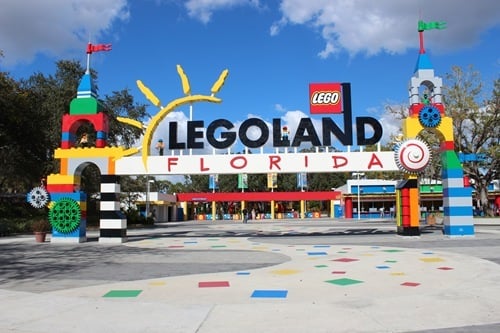 Last month, I visited LEGOLAND® Florida with my two teenage sons. I shared about our experience, Travel through the US and to a Galaxy Far Away at Legoland, as the guest blogger for i.See Kissimmee in December.

Everything I read prior to visiting the park suggested that LEGOLAND® is geared towards kids under 12, but that didn’t stop me from taking my two teenage sons with me to check things out.

LEGO® bricks have littered our home since the boys were able to piece together the simplest models. They still have a tub filled to the brim with thousands of tiny bricks which make special appearances when we have young visitors. Their collection is the envy of many a growing LEGO® fan. So I ask you this question, how could I not take these two teenagers to LEGOLAND® Florida? Really? I couldn’t.  But maybe I shouldn’t have.

Sure, we had fun goofing off as the boys reminisced of the days when they did not reach the 48” or 54” required thresh hold to ride theme park rides. I think it’s safe to say that those days are long past. 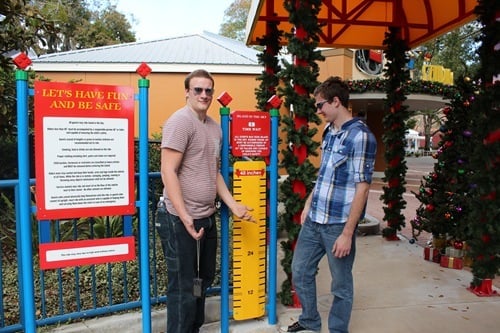 Even though they wouldn’t have any problems on the two story carousel, I could not convince them to give it a spin. 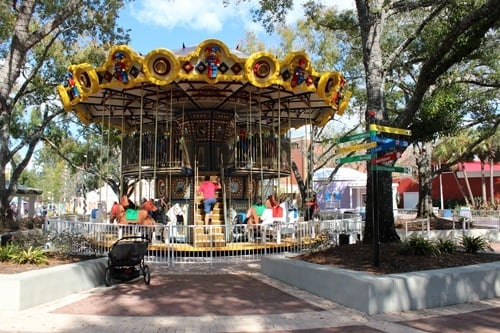 They opted to shop in the numerous LEGO® gift shops scattered throughout LEGOLAND®. 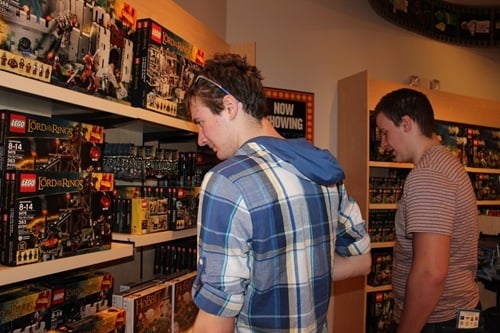 While they shopped, I fueled my obsession with the pressed penny machines. Just so you know, LEGOLAND® has quite a few of these stationed throughout the park so don’t leave home without your roll or rolls of quarters, depending on how obsessed you happen to be with these inexpensive souvenirs. 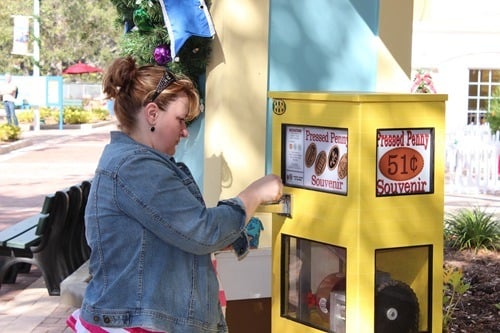 I guess the boys tired of waiting on me because my oldest son conked out right there on the bench! 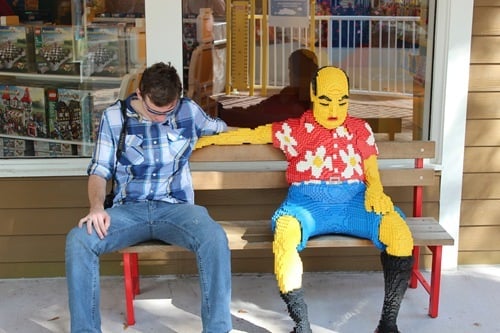 It’s a good thing he got his nap in because I certainly wouldn’t have wanted him to be cranky as we made our way through Miniland USA. 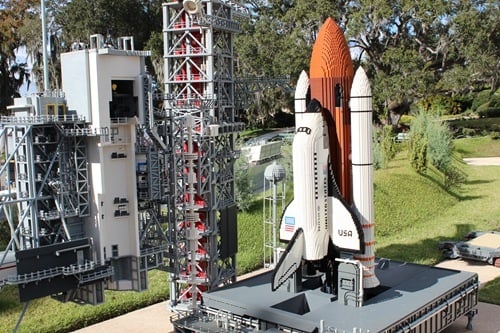 We were all amazed at the attention to detail in the model displays that represented not only key locations throughout Florida, but other popular cities around the United States. 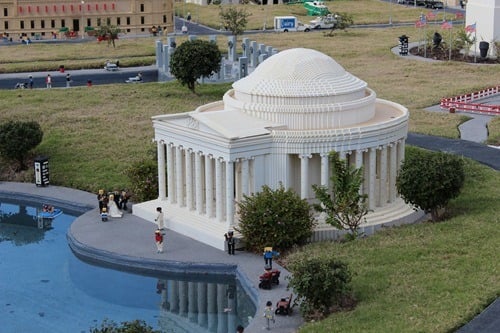 Though we’d pretty much walked through LEGOLAND® Florida at a brisk pace up to this point, my boys definitely came to a halt when they reached Miniland USA. They took their time to notice every single detail. Like the moving vehicles in Times Square, the erupting fountains in Las Vegas or the smoke from the Space Shuttle as it prepares to blast off at Kennedy Space Center. 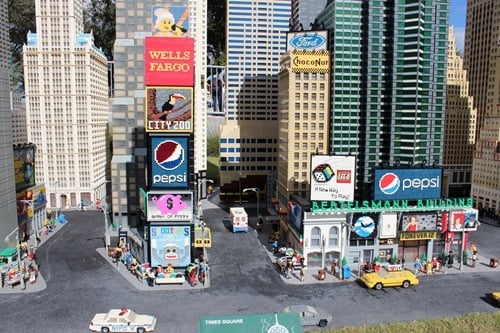 Yep. Miniland USA is pretty amazing. But even more remarkable to my boys was the Star Wars Miniland, which they absolutely LOVED! 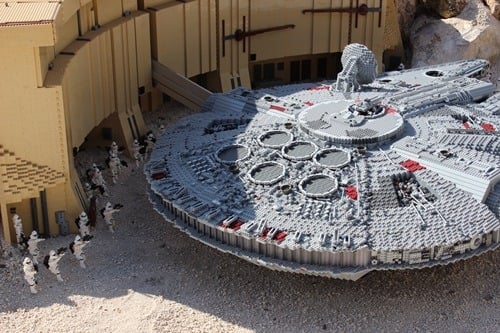 We had to take turns posing with Darth Vadar. I mean, look at him? How could we not? 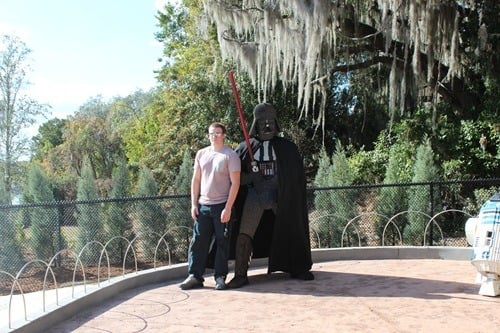 My son even had to do a double take and make sure that this figure was really made out of LEGO® bricks and not someone in costume. 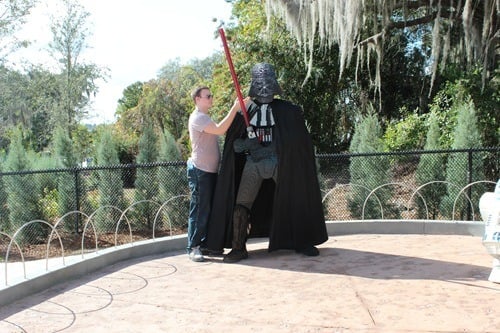 When he was satisfied, we moved on. I was amazed by the safari animals but again, I couldn’t convince the boys to ride through the attraction. We continued on. 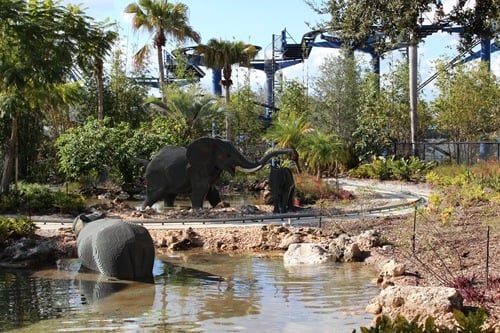 And though it really looked like the younger crowd was having an amazing time at LEGOLAND®, it was clear that I missed the mark on this one. I should have taken my boys to LEGOLAND when they were much younger OR waited to visit when they have kids of their own. Of course LEGOLAND® Florida is a new addition to Florida’s theme park scene so unless we had wanted to visit California, we wouldn’t have made it when they were younger so I won’t beat myself up over that one. 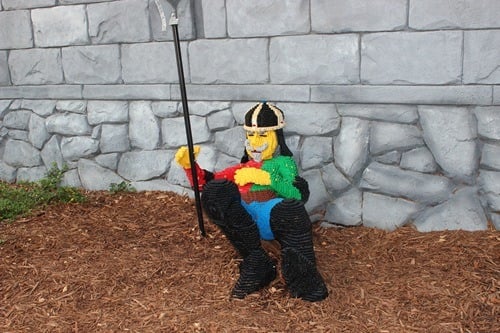 We spent less than two hours in the park, most of that was spent in Miniland USA. My boys even thought that it was almost worth visiting LEGOLAND® for that attraction alone. 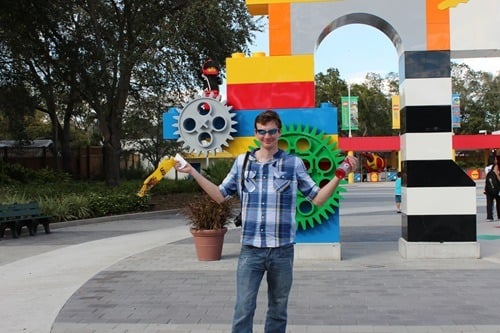 My suggestion, if you have younger LEGO® fans in your household, don’t hesitate to visit and plan to spend much of the day. They will LOVE the theme park. If you have a mixture of older kids and younger kids, I’d opt to split up and find an alternative activity for your older kids, unless they are easy to please and pretty tolerant or unless you get a great deal on tickets. As much as my guys love all things LEGO®, it really would have been a stretch to spend too much more time in the park.

This will be a great attraction to revisit when I have grandchildren.

Have you been to Legoland Florida? What did you think?

This post is linked to Travel Photo Thursday at Budget Travelers Sandbox.

Disclaimer: Special thanks to Legoland Florida for providing my family with two complimentary tickets. All opinions are my own.

OH MY! So glad you sent me this post. I just added LegoLand into our plans and didn't know if it would be worth the trip. NOW, I am excited!! Thanks a bunch!

Star Wars Miniland has us sold on the idea. While we've been to the LEGOlands in California and Malaysia, we've never visited the one in Floriday. All our time there seems to get sucked up by Disney World.

Love the photos and the stories to go along with them (especially how one of the boys conked out on the bench - who knew Lego would make one tired?!)

Although I am not a Lego fan, my husband seems to be (like many husbands I know) and so are my kids. Looks like it may be a while before we go for the rides there as my two little ones haven't reached the minimum height requirements! I am sure though Miniland would be reason enough for us to visit soon.

My boys are so much fun. They just crack me up....most of the time. :) My husband was going to visit with us but at the last minute changed his mind. I know he really would have enjoyed Miniland USA. The models are truly remarkable.

This looks like a super great trip Tonya. I would love to go to Legoland with or without my child, lol :0)

Mary {The World Is A Book}

We live about 10 minutes from Legoland CA so we love visiting this park. Our house is littered with Legos too and I only have one son. My daughter isn't into it. Great to see the similarities between the two parks. We don't have the 2-story carousel though. Glad your boys had a wonderful time. Yes, Miniland is worth the admission price alone. Love all the fun pictures here!