If St. Paul’s Chapel in New York City seems out of place amid the towering metal and glass high rises near Ground Zero, it may be because it was built in another era. This colonial-period church is the oldest continually used public building in Manhattan. The charming stone exterior, that seemed so different from its surroundings, maybe what beckoned and lured me inside the wrought iron gates as I ascended the steps of the nearby Subway. 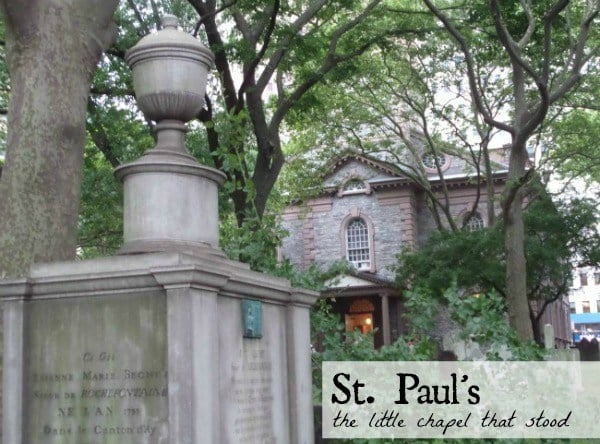 Stepping inside the churchyard almost ten years ago, the sounds of the city seemed to fade away, among the trees, tombstones and memorials honoring America’s First President, notables from the Revolutionary War and the Bell of Hope, presented to the people of the city of New York from the city of London on the first anniversary of September 11th. 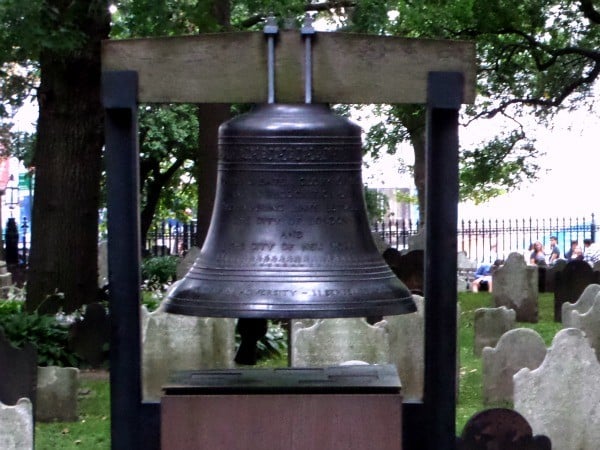 St. Paul’s Chapel has stood for over 200 years, surviving New York’s Great Fire of 1776 and the unthinkable tragedy of  9/11. During my visit years ago, you could glance across the street and watch the rebuilding of the five buildings that collapsed with the twin towers nearly two decades ago. Miraculously, the chapel survived, undamaged, to play an important role in the aftermath. 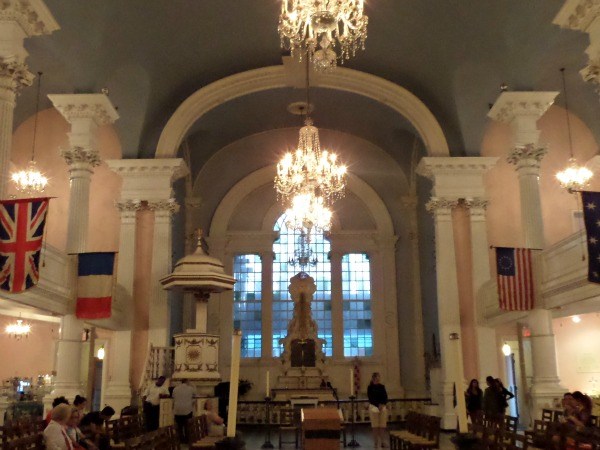 Entering the heavy doors, I begin an emotional tour of the church that will lead me through the exhibit, Unwavering Spirit: Hope and Healing at Ground Zero.  The displays shared the story of the volunteer ministry that developed in the minutes, hours and days that followed as St. Paul’s Chapel opened its doors offering meals, beds, counseling, and prayers to thousands of volunteer recovery workers. 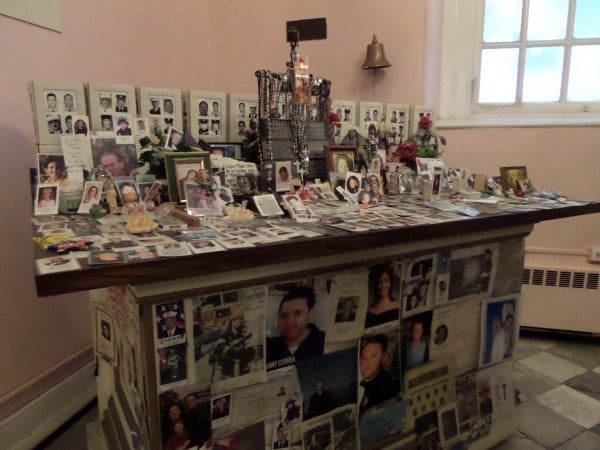 In the days that followed 9/11, people left photos and notes for their loved ones that were missing on the gates of St. Paul’s Chapel. The church members compiled some of the notes and pictures and assembled them on this altar that was the first display in the exhibit. 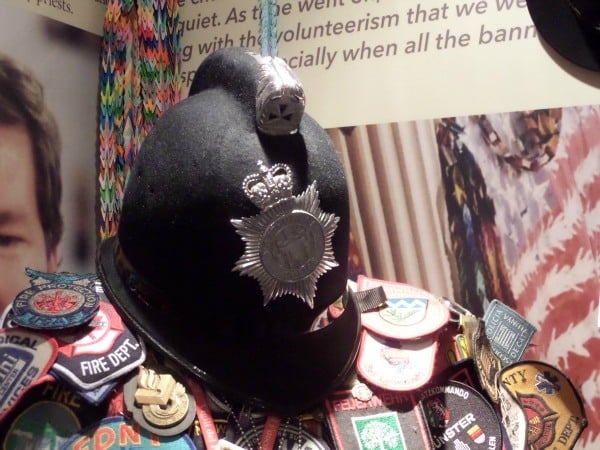 This display holds the patches of fire departments sent from around the world in tribute to firefighters who died in the line of duty. 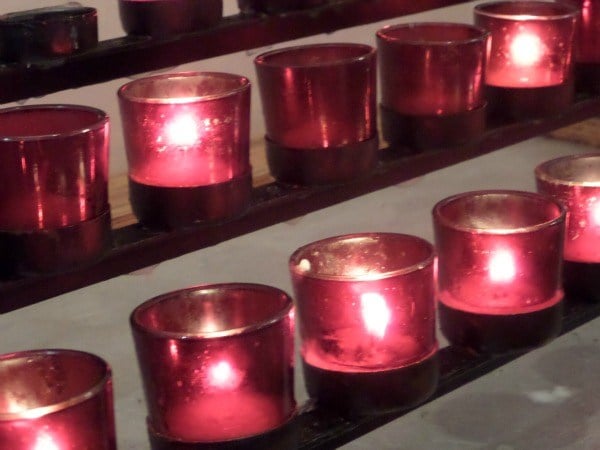 Visitors left messages not only to the families of those that were lost on that day but to the American people. 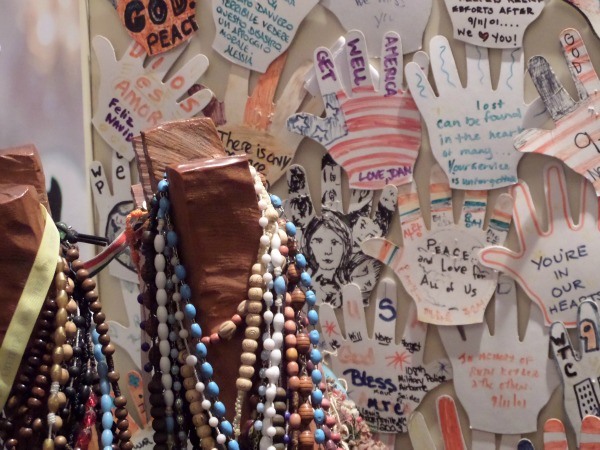 This exhibit represented the sleeping quarters for the volunteers that I imagine worked to exhaustion before collapsing on the almost child-sized cots to get a few hours of rest before pulling themselves up and out the door again. 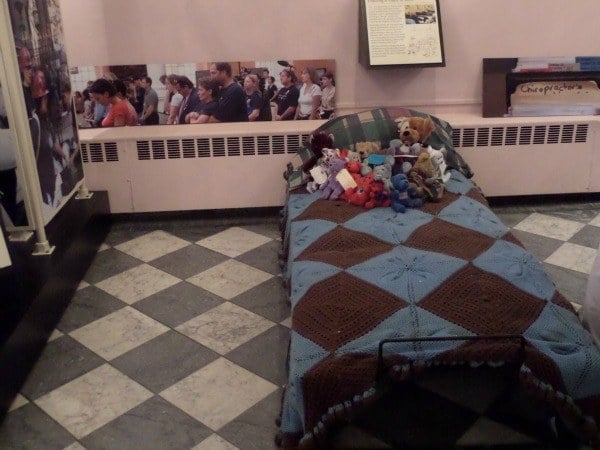 The framed Flag of Honor that was displayed on the back wall contained the names of each of the victims who lost their lives that fateful day from the Pentagon, Flight 93, and Ground Zero. 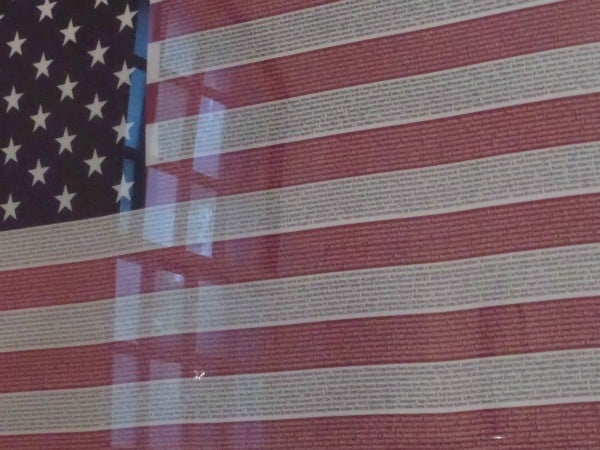 St. Paul’s Chapel became a place of hope and rest, and today draws thousands of visitors from around the world.

Today, visitors can learn about the history of the church, and see a smaller version of the exhibit that I saw in the Chapel of Remembrance.

Have you visited St. Paul’s Chapel?

Def adding to my list of places to visit the next time we're in NYC. This tragedy is so heartbreaking, yet so amazing that the church stood, unscathed after such turmoil. All of those photos are just so heart wrenching; I can't imagine the grief that families must have felt, especially not finding the closure they needed with missing loved ones. And the volunteers; I stared at that photo of the sleeping quarters, imagining the heroes who must have rested in that place.

Thanks so much for linking up to Inspire Me Wednesday, Tonya. This post really touched my heart and took me back to that day. Featuring you in this week's issue.

Thanks, Mel! The chapel really is a must see for anyone visiting NYC. I had no idea how much that visit would impact me the first time I made it. This time around, a lump formed in my throat before I'd even stepped inside because I knew what was to come.

I can feel the emotion in your post. I can't imagine getting out of there with dry eyes.

If you were able to leave with dry eyes, you'd probably be the only one. Just remember to pack the tissues.

good for your for seeking out St. Paul's, which can be easily overlooked. It's easy to forget what colonial New York was like and how important it was, but if you look hard enough you can still find pieces of it in downtown Manhattan.

The chapel is beautiful. I was disappointed that we left the area before I had an opportunity to seek out more of the cathedrals in the city. Although, I guess that only gives me an excuse to return at some point.

This one simply gave me goose pimples. We've been to Ground Zero (shortly after the attack) and I remember thinking how amazing that the church was still there. Thanks for a great post this week!

What a sweet little place! Why have I never noticed it there in the city?