I’m a total Star Wars nerd and I’m not afraid to say it. I read the books. I watch the movies. I play the games. I guess it’s for those reasons that my mom chose me to go to the Star Tours Meet-up at Walt Disney World with her last week. What true Star Wars freak wouldn’t be excited to go? 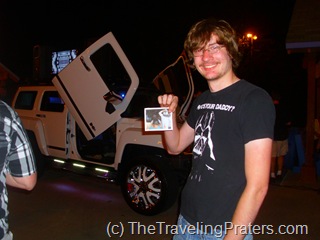 When we arrived at Blizzard Beach we were standing around, listening to the DJ try to build excitement about the event and admiring his amazing Hummer. After getting our wrist bands, we listened to the other Star Wars freaks talk about Star Wars and finally boarded the busses that would transport us to Disney’s Hollywood Studios. We waited for 45 minutes, watching all the other guests play with their iphones and wishing I had one before the driver finally entered the bus and we pulled away.

As we approached our destination, excitement in the bus began to build.  With spotlights circling overhead we stepped out of the bus backstage and onto a red carpet walkway, making our way through a white canvas tunnel with mist rising around us blocking our view of what lie ahead.  Stepping through the tunnel we were greeted to an out of this world reception of Star Wars characters, paparazzi and Disney officials welcoming us to the meet-up in grand Disney fashion. We felt like stars. 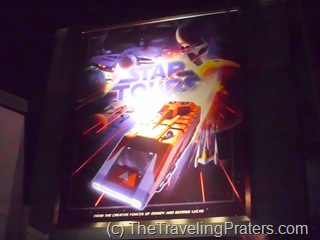 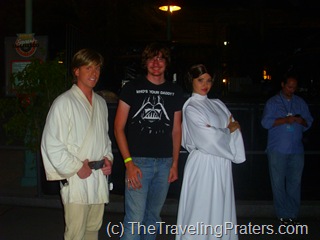 We also met Mickey and Minnie who were dressed for the occasion. 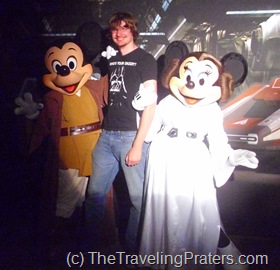 There was plenty to see on the way into the ride. C-3PO is the coolest. 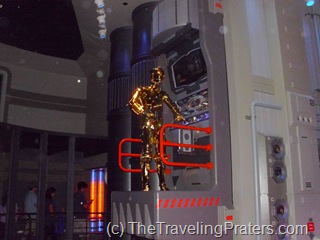 We had a special guest, Greedo, on the ride with us. We rode the ride twice and it was amazing both times! Do you know that Star Tours has over 50 alternate endings? We traveled to the frozen world of Hoth on our first ride and to the underwater world of Naboo where we saw Jar Jar Binks another time. 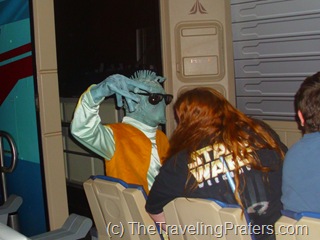 We listened to some of the Imagineers discuss how they worked closely with Lucas Films to create an experience guests weren’t likely to forget. 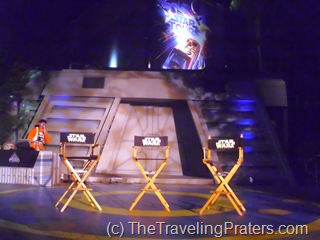 We also tried to eat ice cream from the Sundae bar but I was too excited to eat. 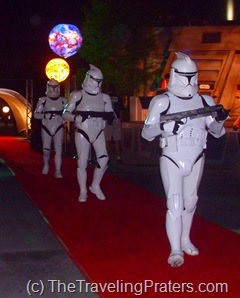 My mom was selected to receive a special set of posters signed by the Disney artists- I’m not sure how many of those sets were passed out but I talked to one cast member who said it was rumored that Disney gave away 60 signed sets.

On the way out of the event I received a poster of my own. Pretty cool. 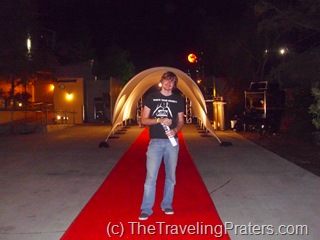 Thanks to Disney for a night I’m not likely to forget anytime soon!

Ooohhh...I missed that but I know my son would love it! Thanks formentioning it, Barbara!

Very cool.  Thanks for sharing .   We were just watching the videos online of  Dance-off with the Star Wars stars.

It was incredible! Certainly spoiled us. :)

I'm not really a Star Wars fan either- but I knew my son would love it! Idon't think I've ever watched one of the movies all the way through so I'mthinking maybe we should have a Star Wars movie marathon. :)

Awesome! Thanks for Nick! Sounds like you guys had a great time.