When my family set out from our home in Ohio to travel parts of Route 66 on our way to California several years ago, I had one goal in mind. To see as many roadside attractions as I could possibly see in two weeks. My children, on the other hand, had a very different goal; to reach California in record time.  Since family travel is all about compromise, our trip became a strange Route 66/Interstate mix. 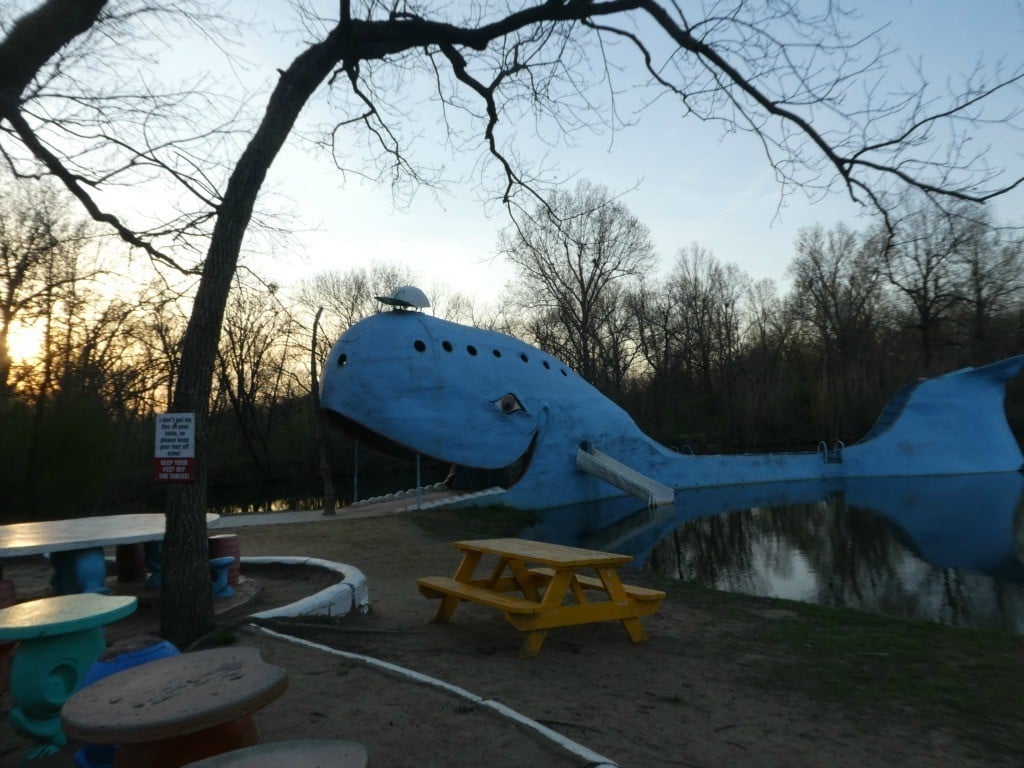 Somehow, we managed to seek out some fun roadside attractions and make it to California in four days. Crazy, huh? But one of my biggest regrets from that trip was that we didn’t squeeze in time to see the Blue Whale of Catoosa – THE roadside attraction that I wanted to see more than any other except Cadillac Ranch. We did stop to see the famous cars embedded in the earth but sadly, that stop didn’t turn out as I expected either. You’ll have to read this post to see how well that stop went. *Insert eye roll*

On a recent solo trip to Tulsa, I finally managed to mark the blue whale on Route 66 off my ever-growing list of must-see roadside attractions. The site did not disappoint and now ranks with one of my all-time favorite quirky roadside stops.

Where to find the Blue Whale of Catoosa

The Blue Whale of Catoosa is located east of the small town of Catoosa on Route 66 and about 20 minutes from downtown Tulsa. 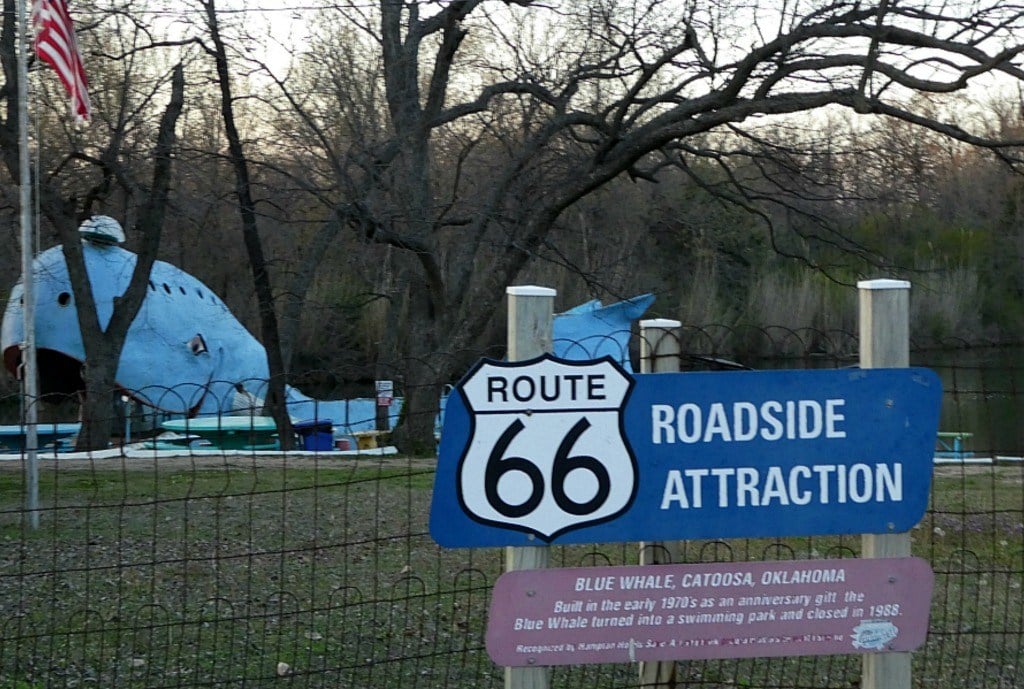 Keep your eyes out for the Blue Whale on the left side of the road as some visitors have expressed that it’s easy to pass.

The attraction is open from dawn to dusk, but even if you arrive a bit later and find the gate locked, you can still get a glimpse of the Catoosa whale through the fence. 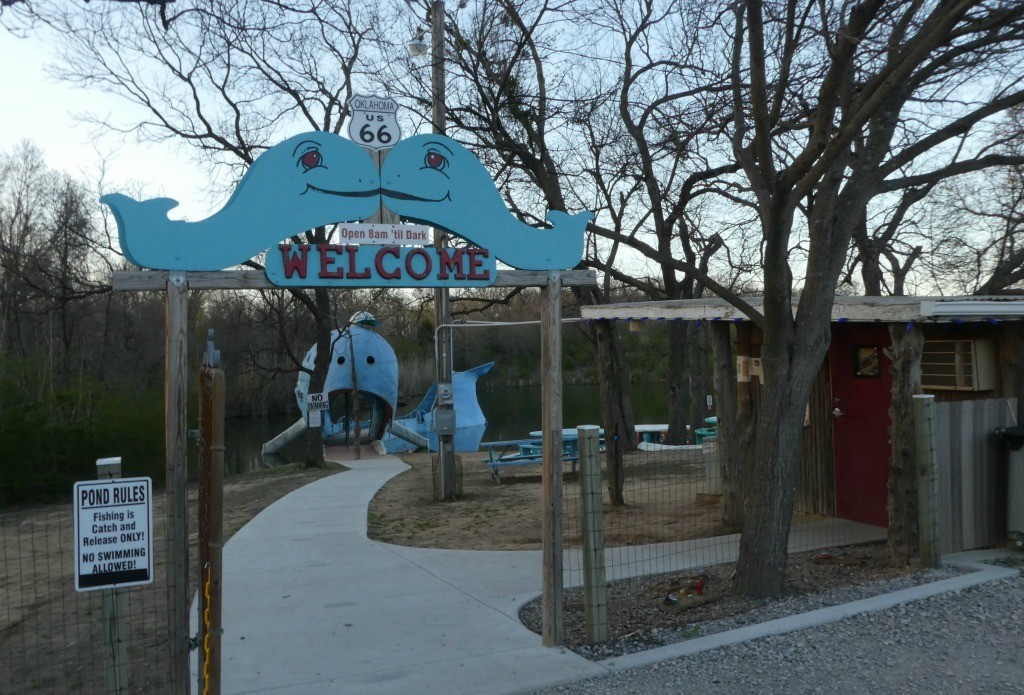 The History of the Blue Whale of Catoosa

Construction started on this iconic Route 66 tourist attraction in 1970 by Hugh Davis. A zoologist and former director at the Tulsa Zoo, Davis was passionate about sharing his love of animals with the community. Davis had built an attraction prior to constructing the whale of Catoosa which served as the Animal Reptile Kingdom or A.R.K. complete with a snake pit. These two attractions remain on the property and while you’re welcome to take photos from afar, exploring the ark is forbidden. 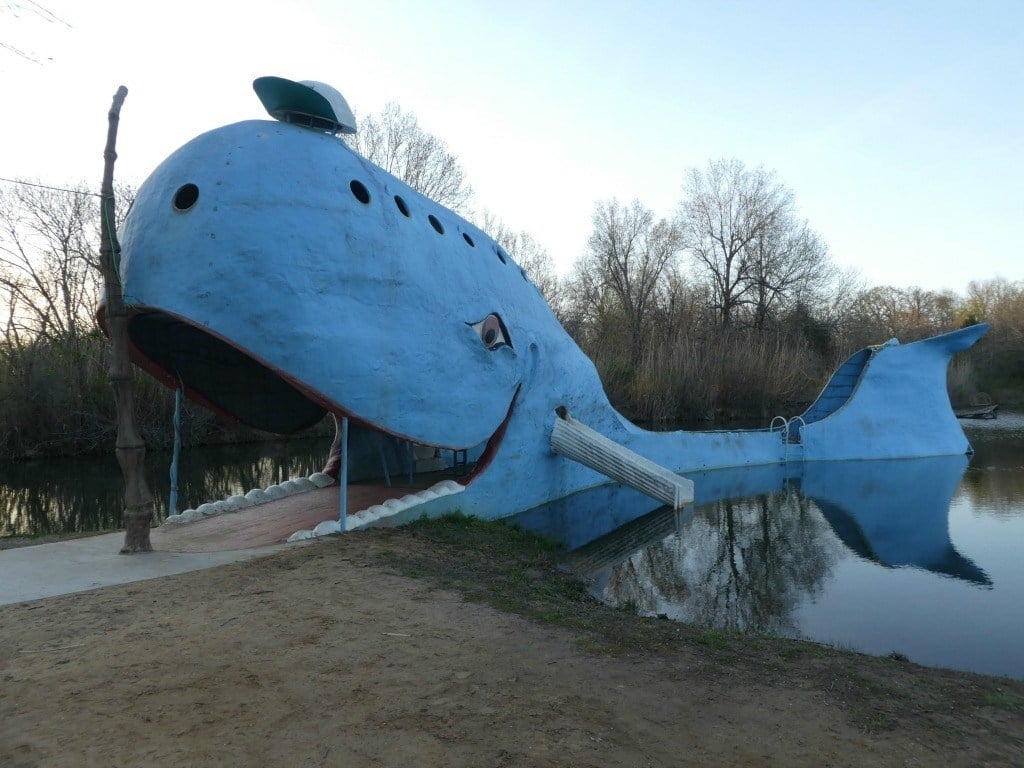 “Blue” as the blue whale in Catoosa is dubbed by locals, measures 20-feet tall and 80-feet long. It was constructed from an iron skeleton that took a friend, Harold Thomas, 100 hours to weld and concrete which took Davis nearly 3,000 hours to apply one five-gallon bucket at a time. The total cost for the whale that took two years to complete, is estimated to just under $2000. The whale was completed in 1972 and presented to Davis’ wife Zelta as a 34th-anniversary present.

Initially intended for family, the whale’s popularity was wide-spread and it quickly became an attraction for the general public to swim, picnic and fish. Due to liability issues, swimming is no longer permitted, but individuals and families are welcome to picnic and fish (catch and release) on the grounds. 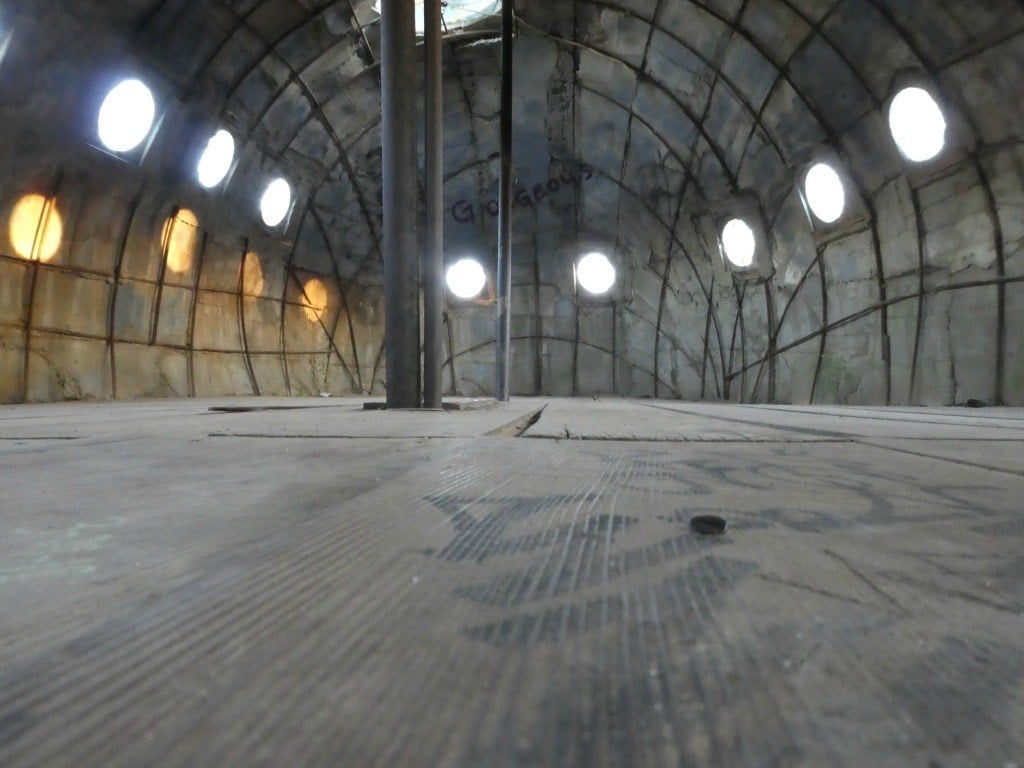 After Hugh and Zelta passed away, the Blue Whale in Oklahoma fell into disrepair and became a target for vandals. With the aid from the community, it has been restored to its former glory.

You can learn more about the history of Route 66 Blue Whale here.

Admission to the whale is free, but you may want to consider supporting Blue by leaving a donation or purchasing a souvenir or two in the gift shop. 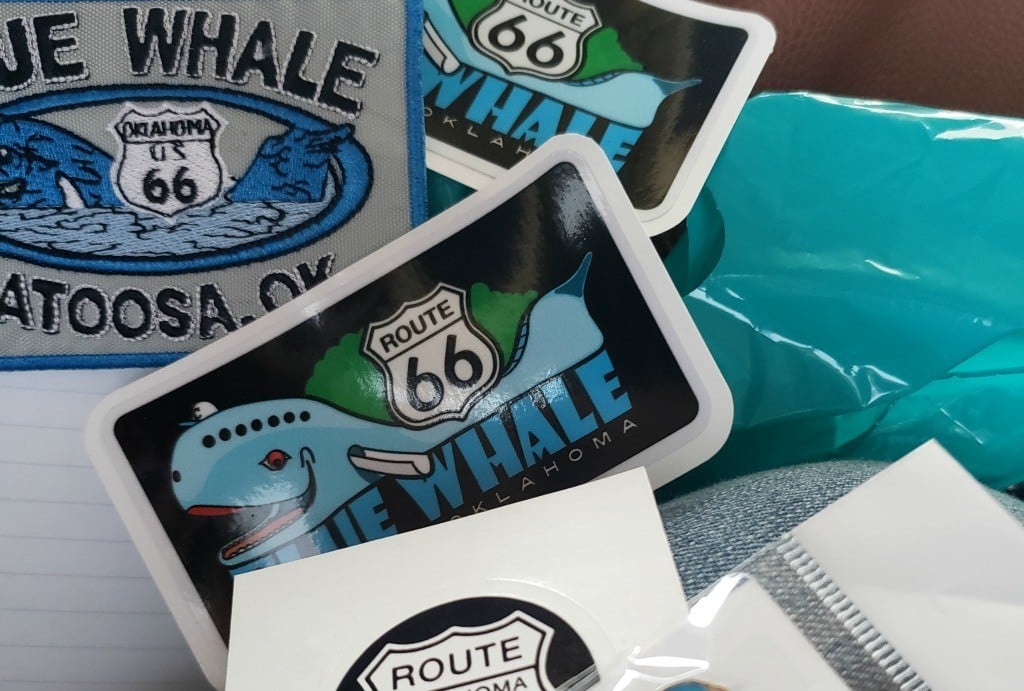 It won’t take longer than 15 minutes to stop for a photo op, but there’s no need to rush off. Cast concrete picnic tables are plentiful. You can enjoy a picnic, especially if you’re road-tripping along Route 66, and a short nature trail on the left side of the whale is worth exploring to allow a view of the whale that most don’t see- and a great angle for a photo! 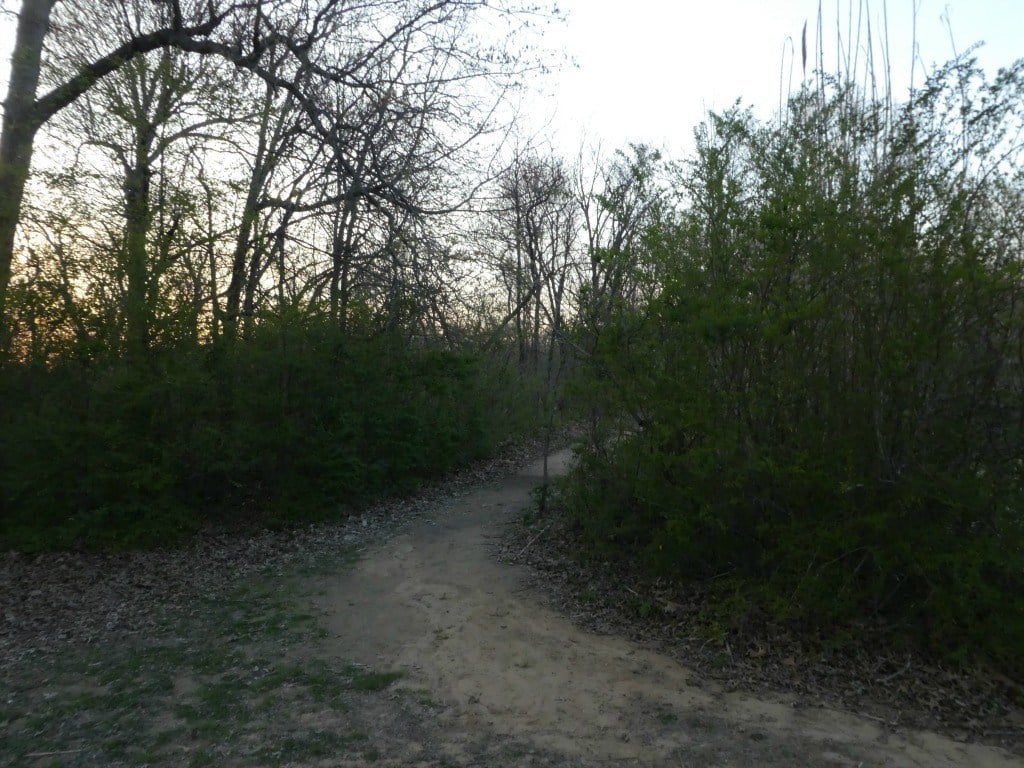 Parking isn’t a problem for oversized vehicles. You’ll find a large parking lot that can accommodate RV’s and even a commercial tour bus or two. Restrooms are available on the property. 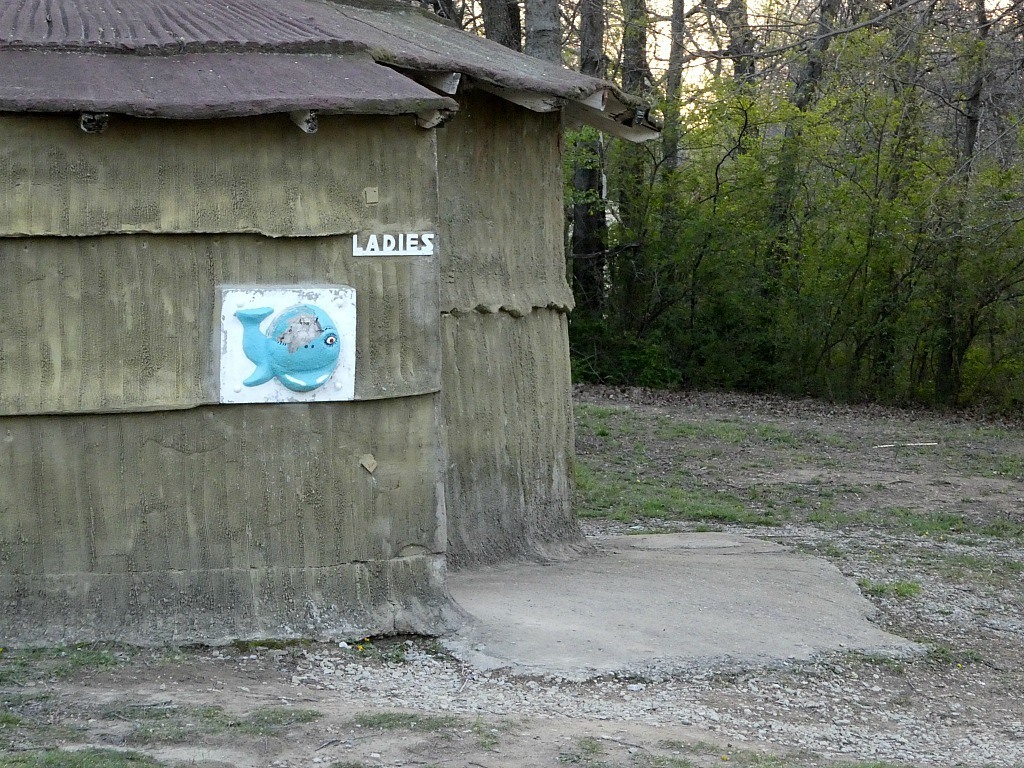 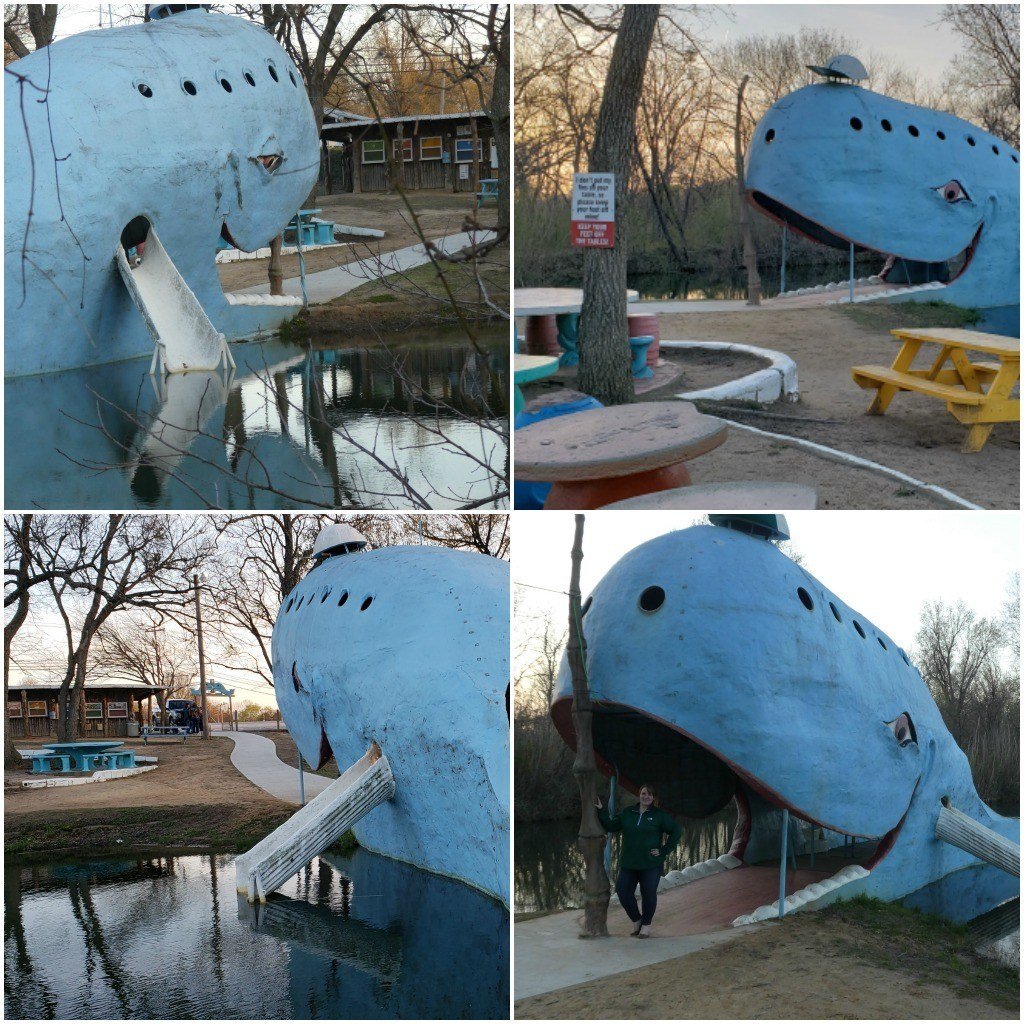 Find cheap hotels & Airbnb’s in nearby Tulsa and spend some time exploring the area. You won’t be sorry. Book your stay now!

Do You Love to Road Trip and Find Unusual Attractions? 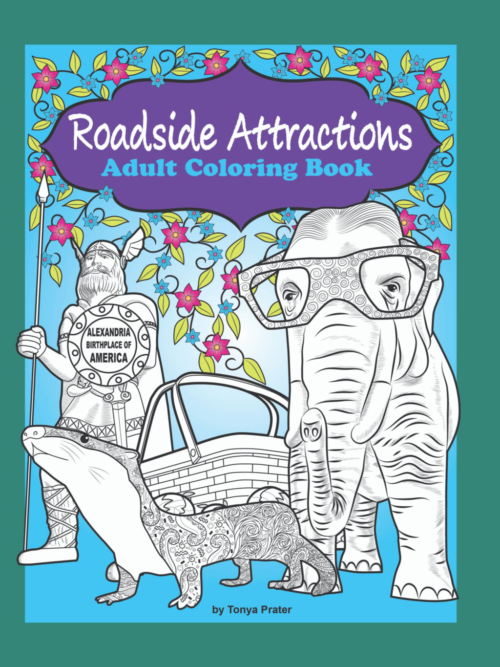 Check out my Roadside Attractions Adult Coloring Book available through me or via Amazon.

In addition to the Blue Whale of Catoosa, you’ll find coloring pages for the Giant Coffee Pot in Bedford, Orange World,  the Field of Corn and more.

Have you been to the Blue Whale of Catoosa?

If you enjoyed this post check out these other Roadside Attraction stories:

How many Beer Bottles does it take to Build a House?

15+ Fun Roadside Stops to make on the way to Branson

How fun, I love roadside attractions!