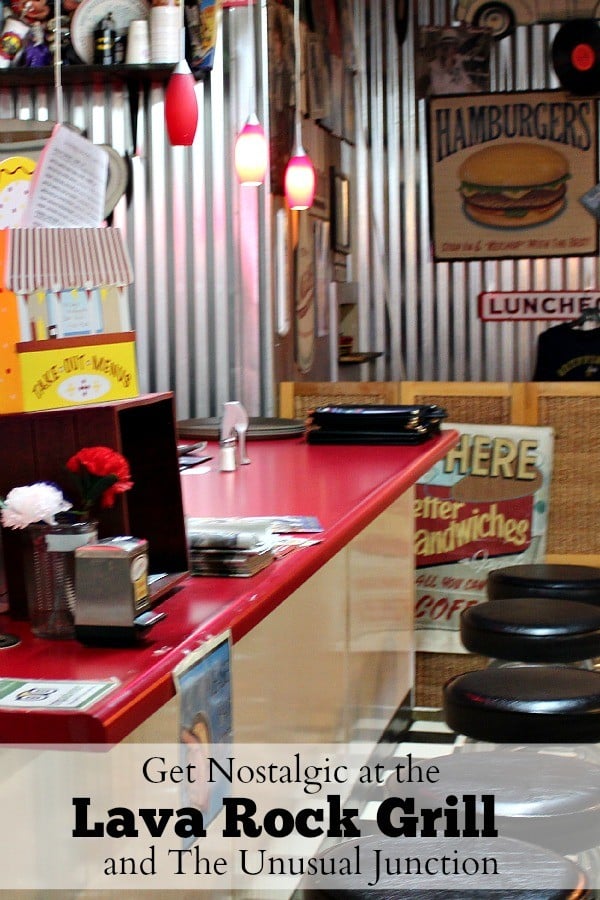 The Lava Rock Grill in West Lafayette, east of Coshocton touts itself as “Ohio’s most unique dining and shopping experience.” If you base that statement on the unusual and eclectic café interior, I think you’d be hard pressed to find a restaurant of its equal in the Buckeye State. 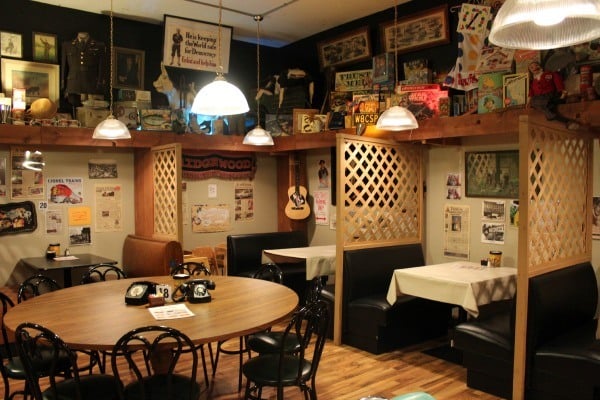 I spent much of my tween and young teen years traveling with my grandparents from my home in NC Ohio, two and a half hours southeast to the small town of Cumberland. My grandparents would spend most of their summers, in nearby Cambridge to manage rental properties. On one of the trips south, they discovered The Unusual Junction, a restored 1890’s train depot with several train cars that provided a fun shopping experience. One train car housed the 98 cent store- as the name suggests, everything in the store cost only 98 cents. A rest at The Unusual Junction became a regular stop and one my cousins and I looked forward to! 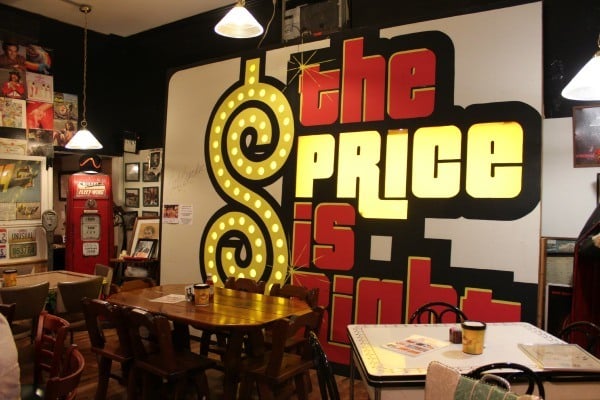 I admit, I was a bit disappointed to learn that the shops that were such a fond memory are no longer open. But the Lava Rock Diner did not disappoint. Housed in the depot that owner, Jerry McKenna purchased in pieces and painstakingly rebuilt is a roadside attraction lover’s dream. The diner showcases an extensive collection of antiques, collectibles and memorabilia, perhaps the most eye-catching item would be the Price is Right sign, autographed by the popular game host, Bob Barker.

Another large piece that is hard to miss, is the multi-dimensional mural that was once proudly displayed in the Alpine Alpa Restaurant. The restaurant, located in Amish Country, also held what is said to be the World’s Largest Cuckoo Clock. Bob McKenna, who runs the Lava Rock Grill, shared that he purchased the section of mural at an auction but originally had his eye on the cuckoo clock. 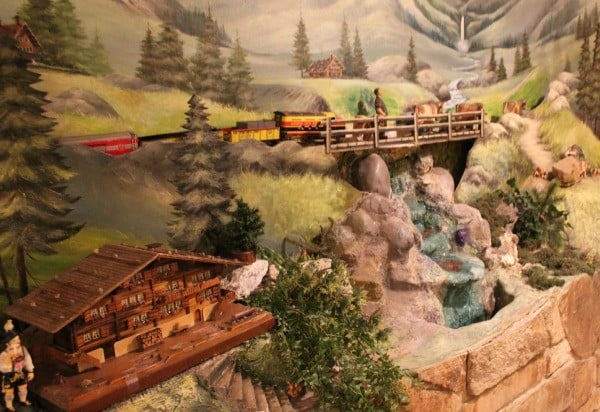 I loved the crazy café décor and everywhere I looked I found something fun that I’d not noticed a few minutes before. According to owner, Jerry McKenna, The Unusual Junction serves up just what is needed for a great road trip pit stop- rest rooms, food and something for visitor’s to buy.  But I think the popularity of the stop is because it offers those three important criteria in such an eye-catching approach. Driving by, the depot almost begs you to visit. Don’t ignore this attraction, take a few minutes to explore, nose around and grab a bit to eat.

When you enter the depot, you’ll step into an antiques and collectibles store, followed by a deli with meats, cheeses and specialty foods- along with a large selection of foods perfect for a road trip. The diner is tucked away in the back of the depot and takes up two rooms. Open only for lunch, it appears to get a bit busy, with regulars seated around miss-matched tables and chairs deep in conversation and laughter. The upbeat atmosphere makes me want to return with my family, to reminisce about the good ole days when I’d travel to Cambridge with two precious people who taught me that travel doesn’t need to take you far from home to be an adventure. 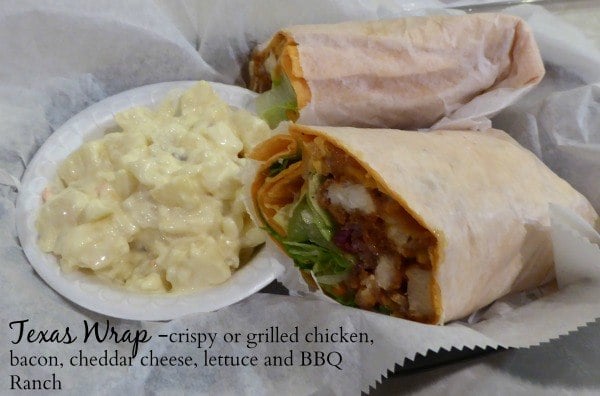 Nearby Attractions:
The Old Stone Fort: Shrouded in Mystery in Coshocton County
Step Back in Time at Historic Roscoe Village
The Wilds: Perfect for Multigenerational Family Fun
Looking for more things to do in Ohio? Check out my Ohio Bucket List for more ideas.

What a quickly place - seems like so much fun. I'd love some of that ranch dressing right about now. None of that here where I am.

This is such a fun place! Both the décor and the lunches look so interesting! I love that this is a connection to your childhood as well - thanks for sharing your memories!