Lynchburg may be best known as the birthplace of Jack Daniels but there’s more to do in this little Southern town than shots. Actually, Lynchburg is ironically in a dry county and has been since the prohibition. How’s that for someone’s idea of funny? 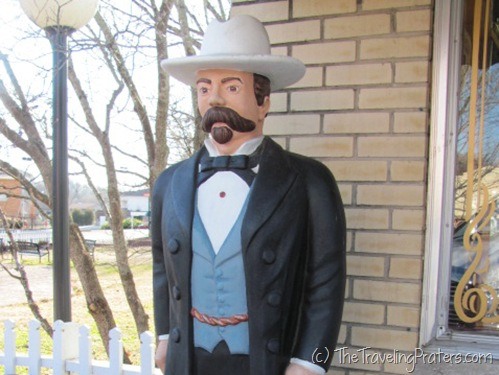 Jack Daniel was born Jasper Newton Daniel around 1850. At the age of 10 he was taken under the wing of family friend and Lutheran minister, Rev. Dan Call as an apprentice where he learned the ins and outs of running a dry goods store.

Rev. Call’s most popular product was the whiskey that he distilled on the Louise River. but he felt torn between producing whiskey and his profession as a pastor. When Jasper, or Jack, as he was nicknamed, turned 13, Rev. Call solved his dilemma when he handed his still over to Jasper.

Jasper registered his product with the U.S. government in 1866, making Jack Daniels the oldest distillery in the country.

Today, Jack Daniels Distillery, welcomes a quarter of a million visitors from around the world for tours. 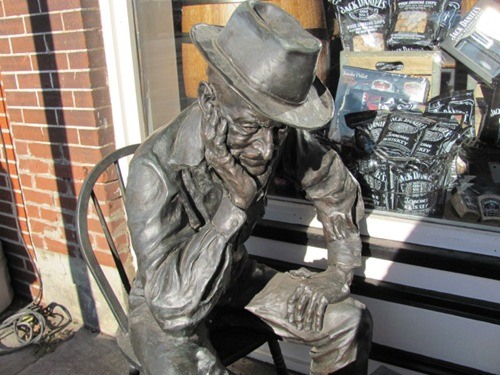 My family visited Lynchburg on a Sunday with my mom and dad who were visiting from Ohio. We weren’t able to go on a factory tour, but we did have a great time exploring downtown Lynchburg and it turned out as a wonderful spring day we’ll likely remember forever.

We had so much fun stopping in the antique and souvenir stores. We even sampled whiskey fudge and if I remember right, my dad bought a special pancake syrup to complement the baking mix he’d picked up at nearby Falls Mill earlier in the day. 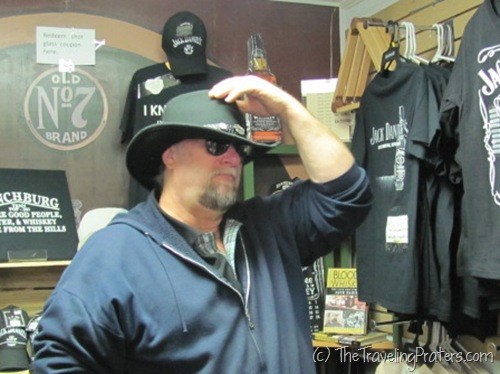 I’d hoped to treat everyone to lunch somewhere out of the ordinary and found just the place at the BBQ Caboose. 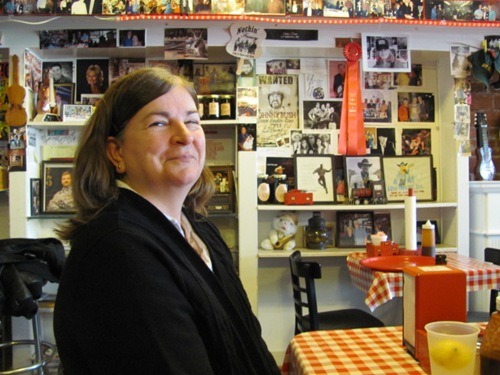 The restaurant was very busy, a good indication that they offered something pretty special. We were not disappointed. The decor was an eclectic mix of pictures of famous people that have eaten or performed in the small locale, with a moving train that circled overhead and a ceiling pasted with pages of paper that people sign as they exit the restaurant.  There’s something to see everywhere you look. 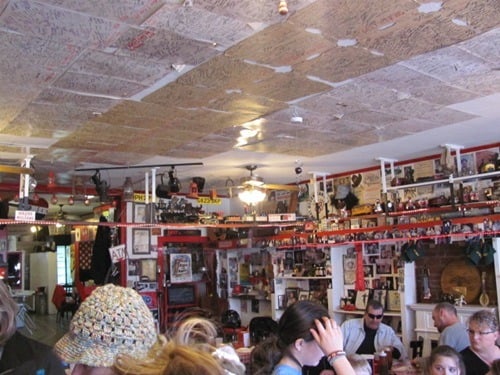 Rather than saying that the menu at BBQ Caboose is limited, I’ll say they focus on what they do best, BBQ. 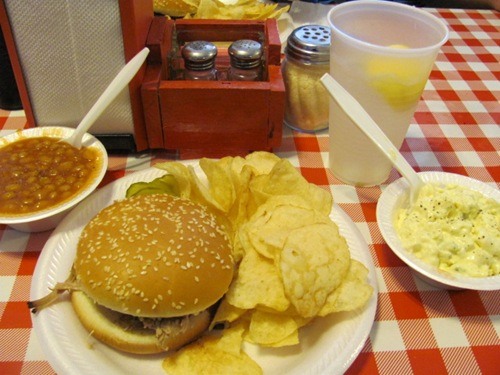 Just look at this plate of food, complete with the side dishes! 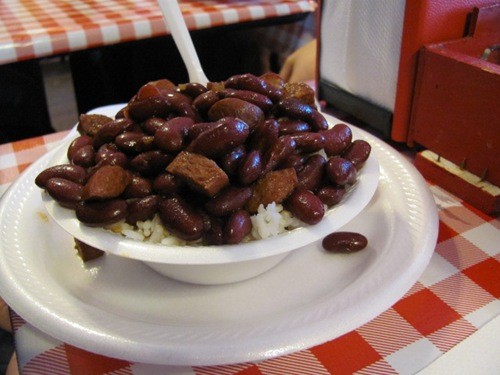 I skipped the BBQ in favor of red beans and rice.

Turns out the BBQ Caboose was the perfect place to treat my mom and dad. The food was great, the atmosphere was fun, the decor is memorable and the final cost for six people was under $35!

I’d love to head back to Lynchburg and maybe next time I’ll be able to take that tour of the Jack Daniels Distillery.

Today I’m joining R We There Yet, Mom? for Friday Daydreamin’. What are you dreaming of this week?

First thinks first -- the food looks great. :) That is true irony about Lynchburg being dry. Does that mean they don't have whiskey tastings along with those distillery tours?

I had no idea that Jack Daniels was an actual person!! Looks like a fun place to visit - and the beans and rice look quite tasty!

I know, I always thought Jack Daniels was just the name of the whiskey, too! Lynchburg is a great place to spend an afternoon. I'm just bummed that we didn't get to take that distillery tour!:(

Looks like a fun place to visit - love the BBQ restaurant, though I'm partial to Texas BBQ...... :))

Thanks for linking up this week!