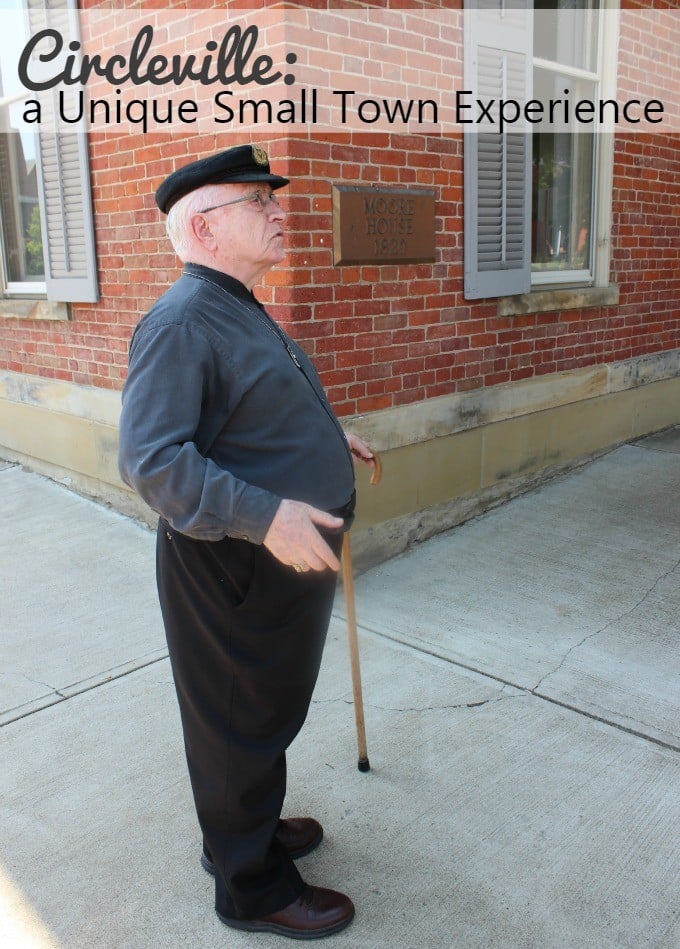 When I was younger, I was blinded by the glitz and glamor of big city living. I dreamed of graduating high school and relocating to the big cities of Columbus or Cleveland. I dreamed of traveling to New York City or Los Angeles. I’ve visited both those cities, and while I enjoy NYC immensely, I could never imagine living in such a busy place. After a visit to the Big Apple, I long to escape to my small town and my little place in the country to breathe in the fresh air and enjoy the silence and solitude that I once detested.

Now that I’m a bit older, I enjoy a slower pace. Small towns are much more my style. I enjoy learning about the history, seeing the varied architecture of the buildings, and uncovering the quirky attractions that make the small town uniquely its own. 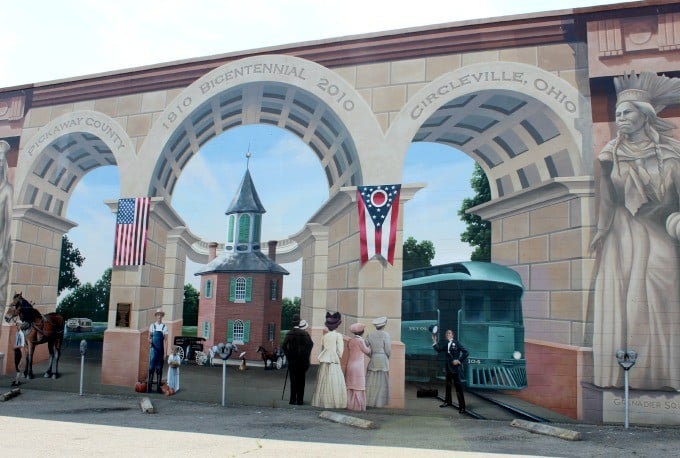 While on my recent trip to check out the Deer Creek State Park Lodge, I was introduced to nearby Circleville. Less than 30 minutes from the lodge, this town has character. And one, named Wally Higgins, led our group on an interesting walking tour of the small town with a population of less than 14,000. My hometown of Mansfield with about 50,000 residents seemed like a metropolis in comparison. 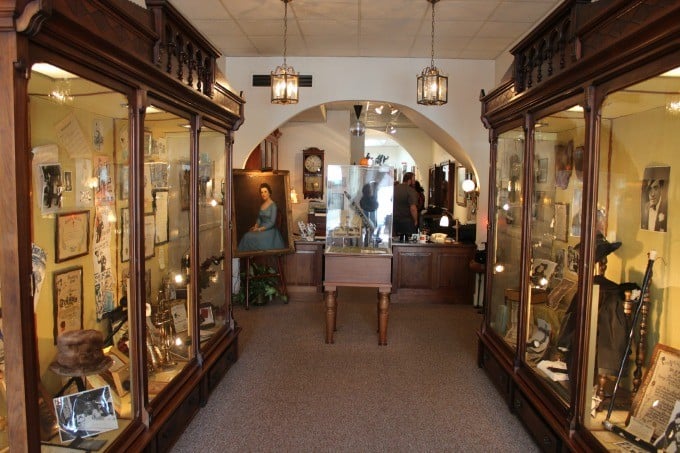 Mr. Higgins’ sweet appearance fooled us as he led us on a brisk tour, scolding us to “Keep up.” A resident of Circleville for the past 60 years, he’s been giving tours to interested parties for the past 30-40 years. Who better to learn from?

Circleville is unique in that the layout was once in the shape of, you guessed it, a circle.  During the early 1800’s, the city was laid out in the diameter of a Hopewell earthwork. Residents eventually petitioned the state for a typical grid pattern. By the 1850’s, traces of the circular pattern were nearly gone. If you look close, you’ll notice the Ted Lewis Museum along Main Street, narrows as you progress towards the back of the building, keeping with the circle or pie shape. 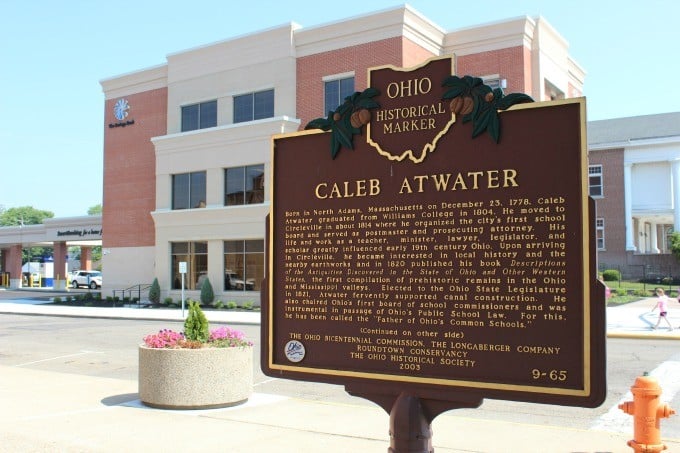 On the tour, we learned about three well-known figures in the community; Caleb Atwater, who was instrumental in the formation of the public schools, Lily Darst, who served as an editor for a paper in Ohio and wrote about politics before women were allowed to vote, and Ted Lewis, born Theodore Freedman, Ted went on to become a leader in the Big Band Era of the Roaring Twenties. 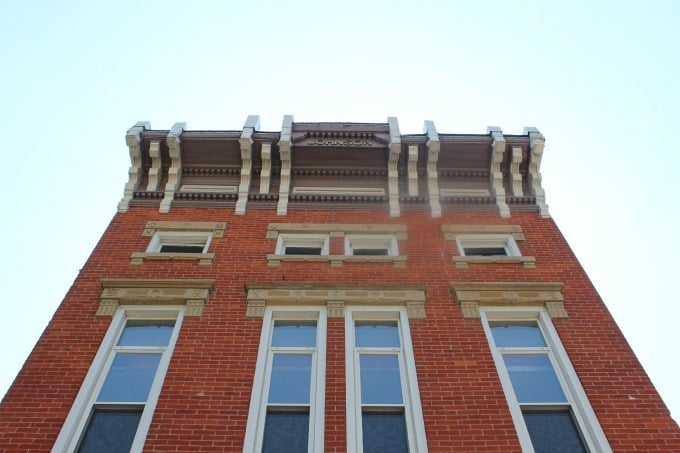 Our jaunt led us through Wittich’s; the oldest family owned and operated confectionary in the U.S. and into Lindsay’s Bakery, home of the World’s Largest Pumpkin Pie. We walked past the oldest building in downtown, buildings influenced by Romanesque architecture, buildings with cast iron facades, and passed by a station on the Underground Railroad.  Two murals on opposite ends of Main Street detail the history of Circleville, from the early Native American settlers to the popular Circleville Pumpkin Show. 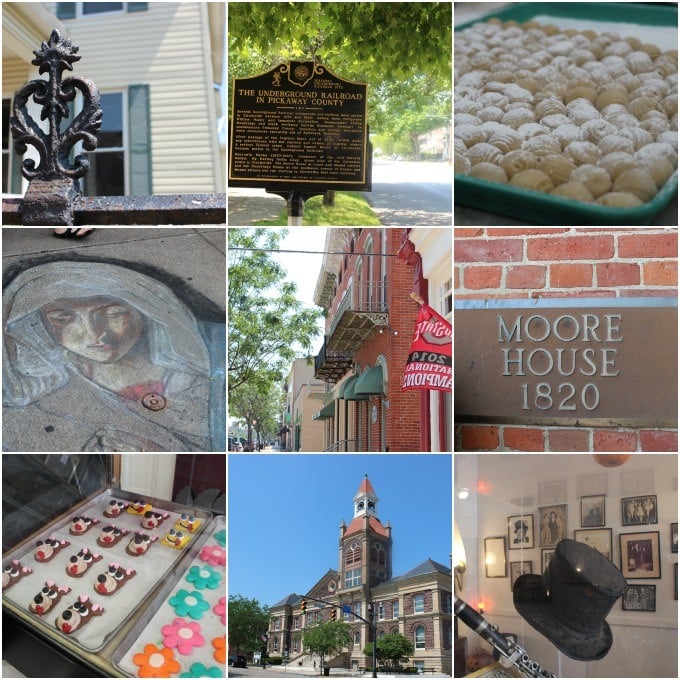 Today you’ll find retail shops, restaurants, antique stores, and a spa downtown. Mr. Higgins told me that he no longer offers walking tours of Circleville, but a map of the businesses and attractions in downtown Circleville is available at the Visitor’s Center.

Have you visited Circleville? What would you suggest a visitor to the area see?

Disclosure: I visited Circleville as part of a press trip with Deer Creek State Park Lodge and Xanterra Parks & Resorts. All opinions are my own. 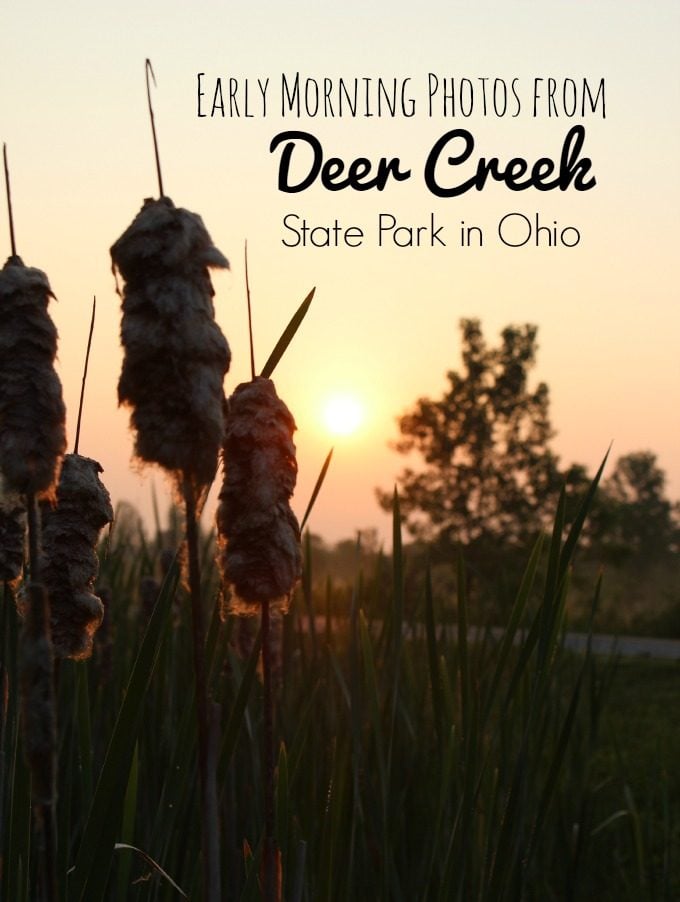 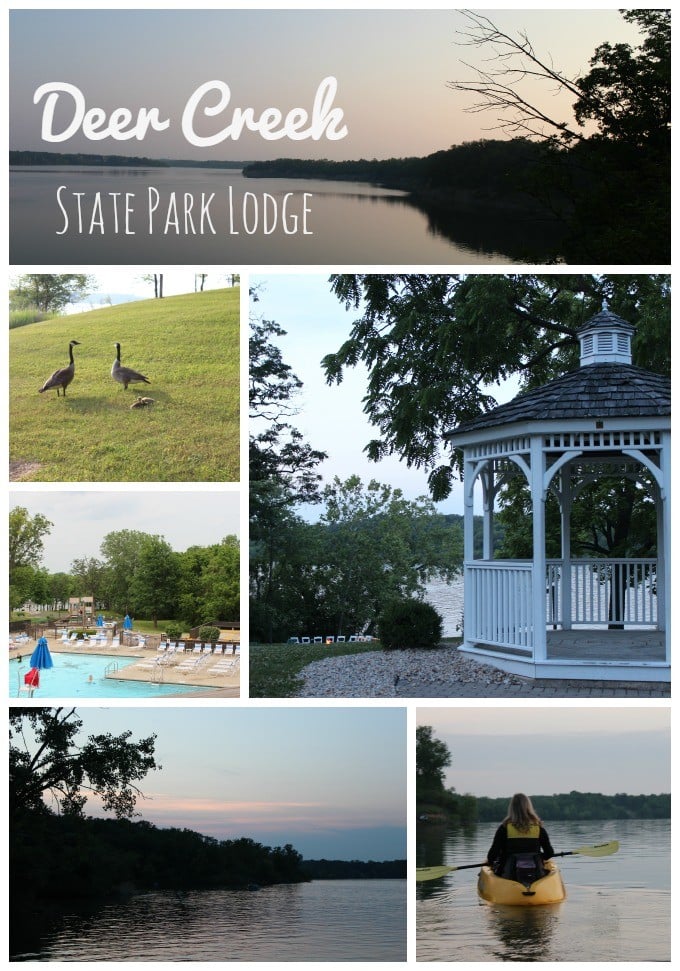 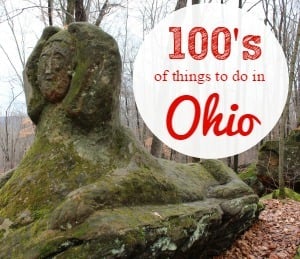 Mr. Higgins is definitely a local historian. He and his wife can be seen walking the downtown streets near their home. He was one of my teachers at the old CHS back in the ‘60s. Did he mention that he’s a talented artist. I remember his classroom was full of his paintings. Mostly of history themed since that was what he taught. He’s definitely a Circleville treasure.

I don't recall that he mentioned being an artist. He is certainly an interesting person and did a fantastic job on our tour! I really enjoy history so I was certainly intrigued. Thanks for stopping by and commenting!

This was a very complementary rendition of Circleville. Like many small towns, we have our struggles, but we take pride in our little community. We moved here in 1985 when our daughter started school. Back then the town was booming, many larger named retail stores, bustling downtown retail shopping, plenty of manufacturing businesses, and a progressive mindset. As has happened to many small towns, the sign of the times has happened, major manufacturing businesses shipped overseas, big box store moved to town, and drugs/crime is rampant. Tax dollars have been taken away from small towns, businesses struggle to survive, and small communities struggle to rebuild. But we love our community so we keep working to make it better.