Hike the 1.5-mile Long Interpretive Discovery Forest Trail in the Mohican-Memorial State Forest for a deeper understanding of forest management. 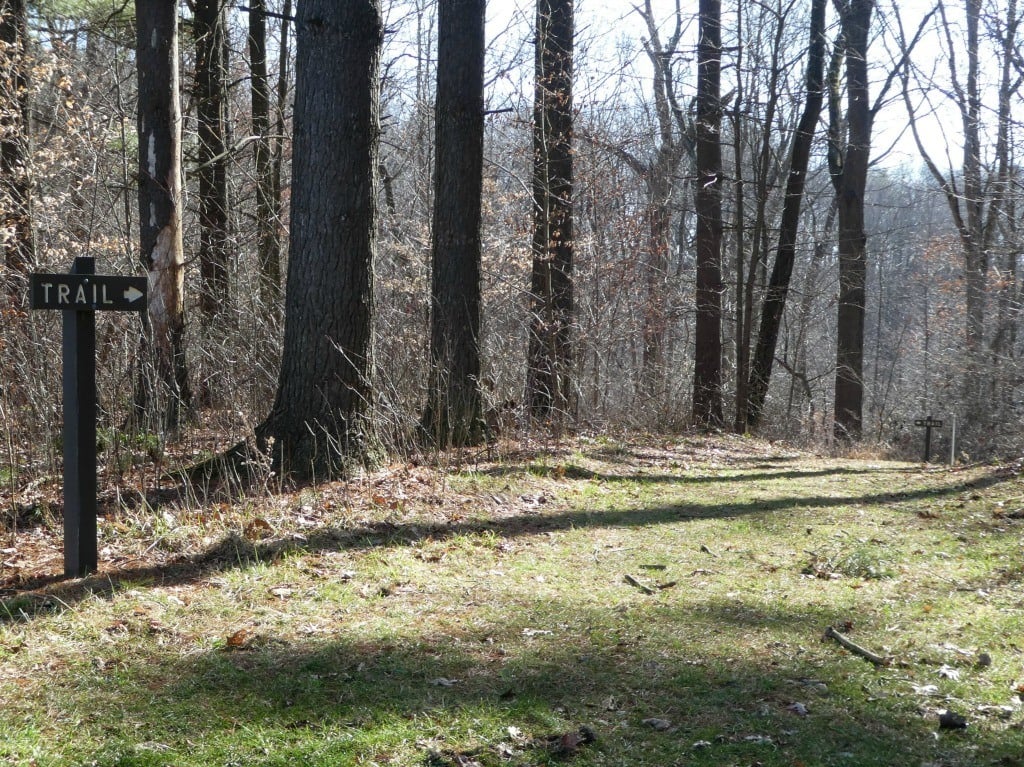 It’s not often that you have spring-like days in February here in Ohio. When the temperatures recently soared above 50 there was no keeping my husband and I off the trails at nearby (to us) Mohican State Park and Mohican-Memorial State Forest. 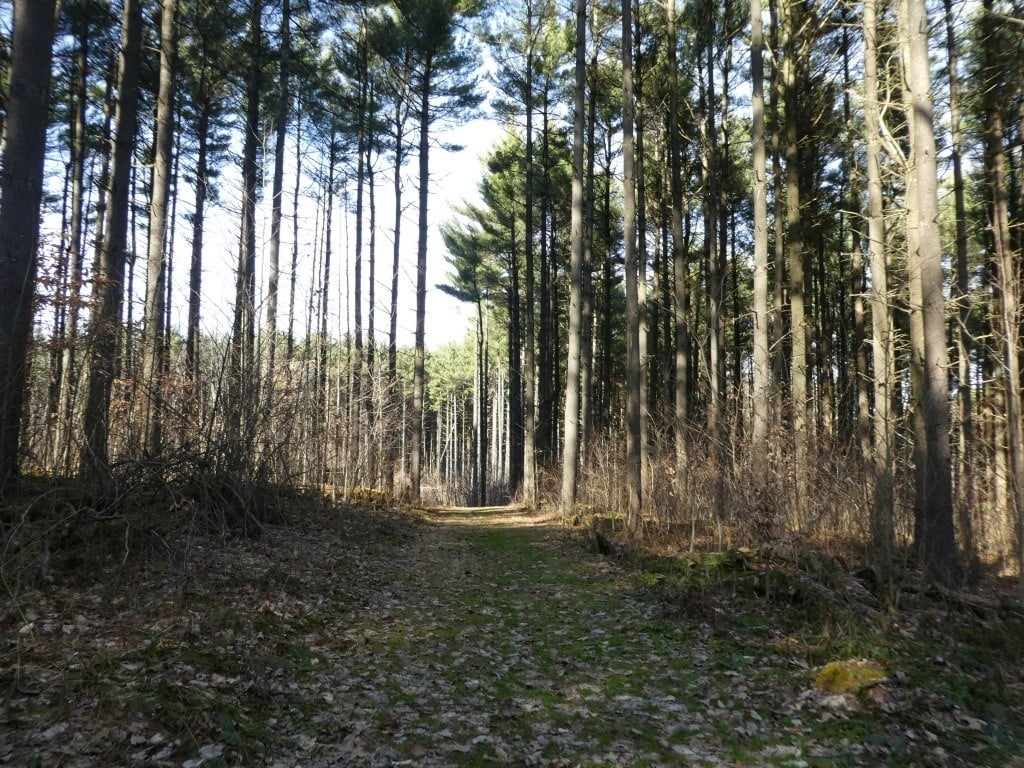 I can’t even tell you where the state forest ends and the state park begins as they are intertwined and part of the general area we simply call Mohican. While our intention was to hike to the Big and Little Lyons Falls, we opted to check out the Discovery Forest Trail since we’ve driven past it a million times and never stopped. 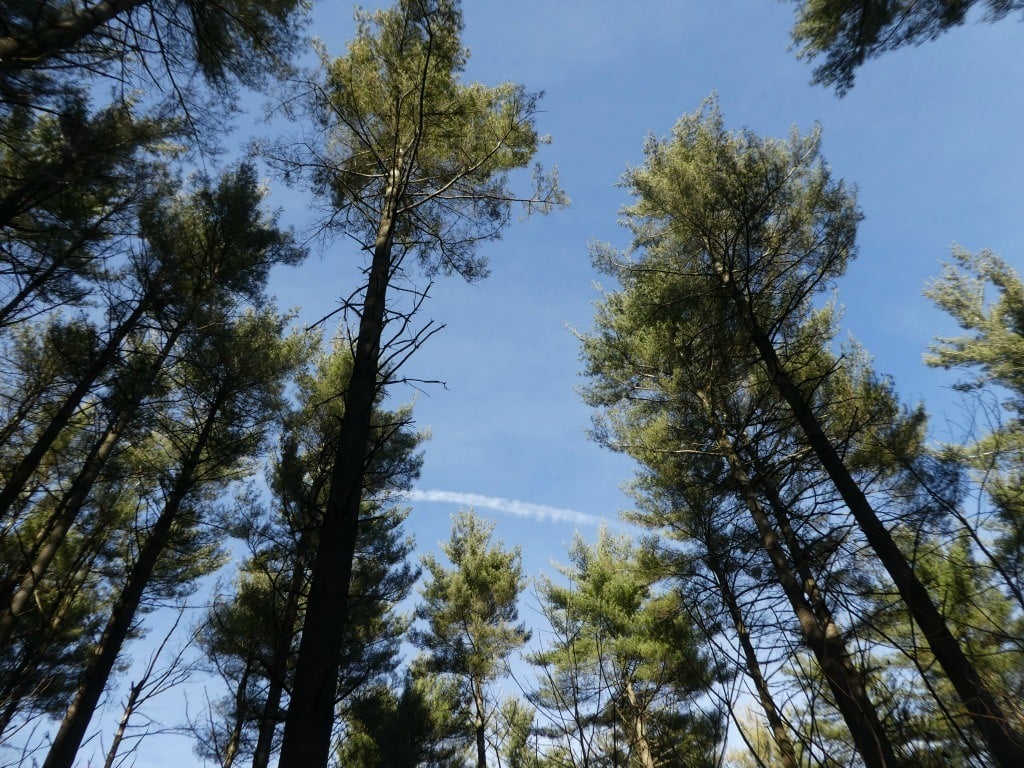 What is Discovery Forest Trail at Mohican-Memorial State Forest

This is an educational trail that weaves through the forest and introduces you to terms such as clear cut, a selective cut, and other forest management techniques via placards that are placed along the one and a half-mile long trail. There are also signs showing you where the rows have been cut and the years they were done. 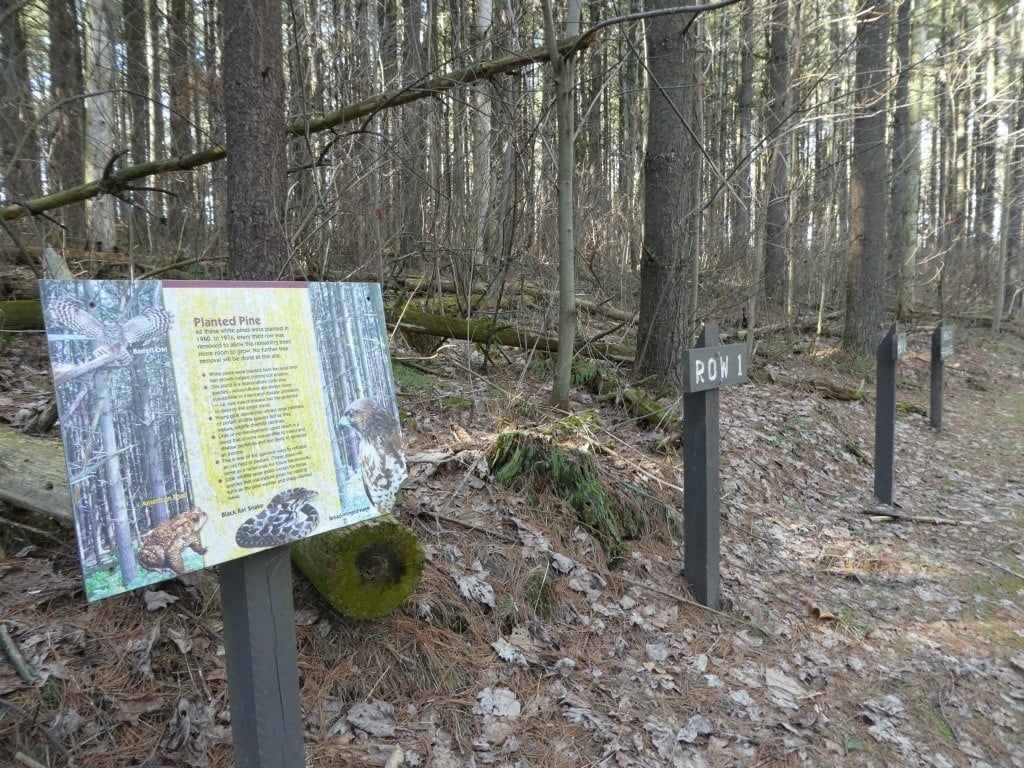 How to Reach the Discovery Forest Trail

You’ll pass right by the Discovery Forest Trail from the North Entrance. After turning onto CR 939 you’ll see the parking area for the trail on the right. If you’re entering the park on the South Entrance, follow the directions to the covered bridge. Go through the bridge and continue to follow the road to the left and up the hill. Follow to the stop sign. Turn left and you’ll see the trail parking area on the left. 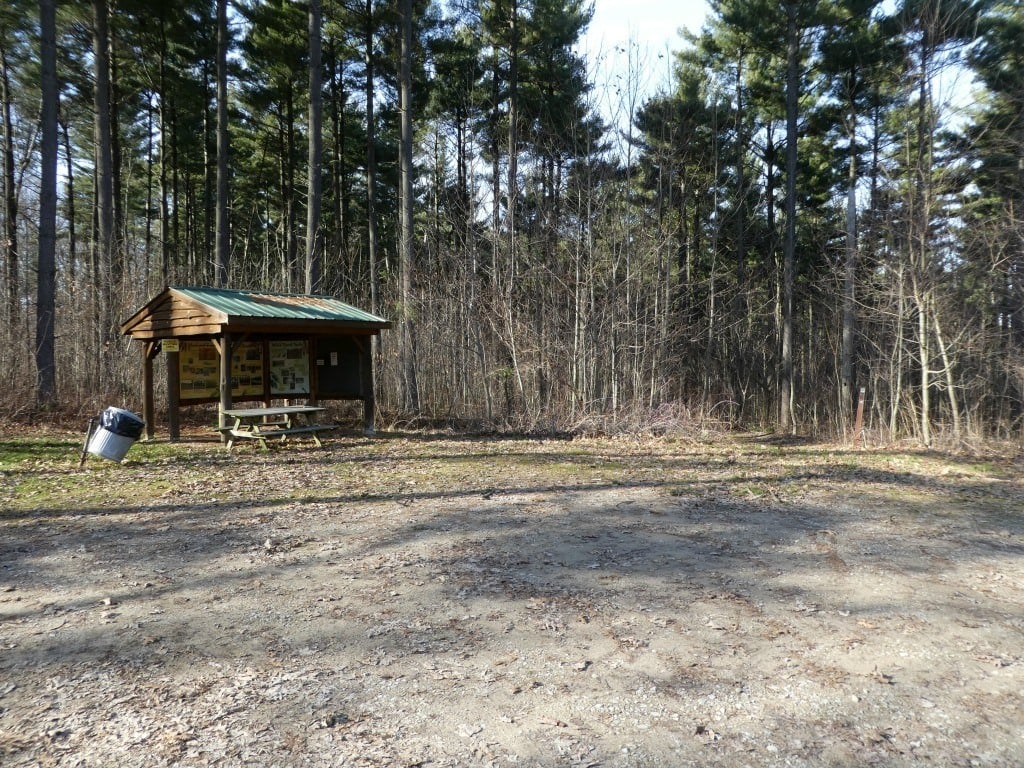 You’ll find trailheads to the right and left of the wooden kiosk. We choose to take the path on the right (if you’re facing the kiosk).

What to Expect on the Trail 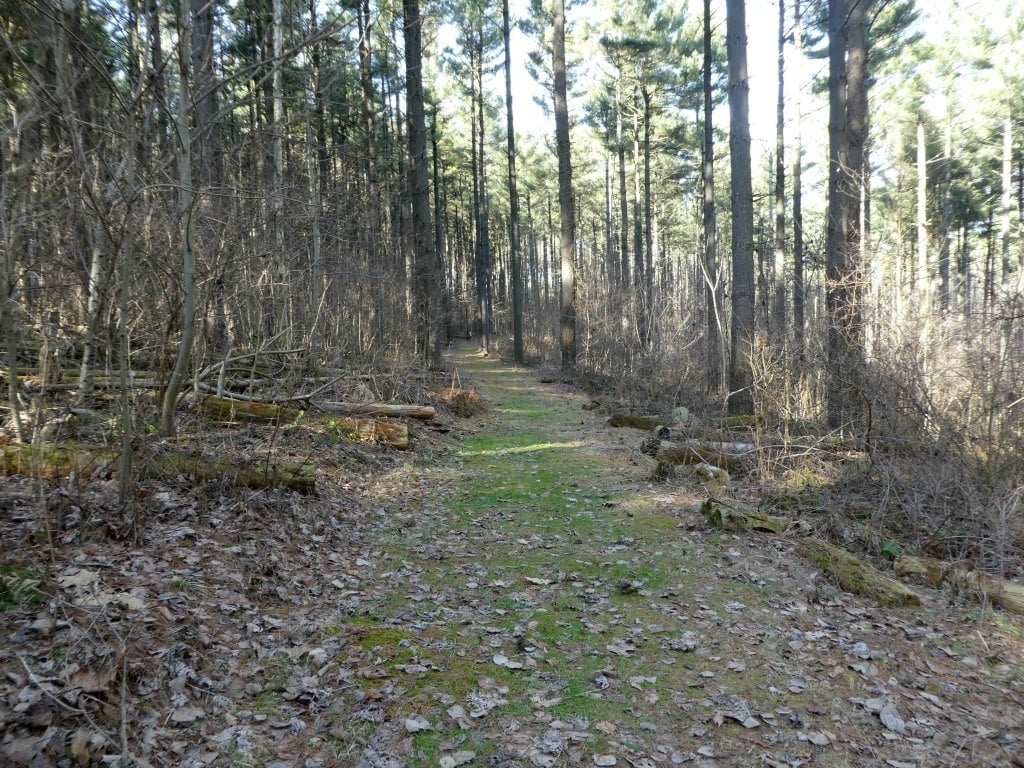 The grassy trail will lead you past a grove of white pines that were planted in the 1960s. In 1976, every third row was removed to allow extra room for the remaining trees to grow. 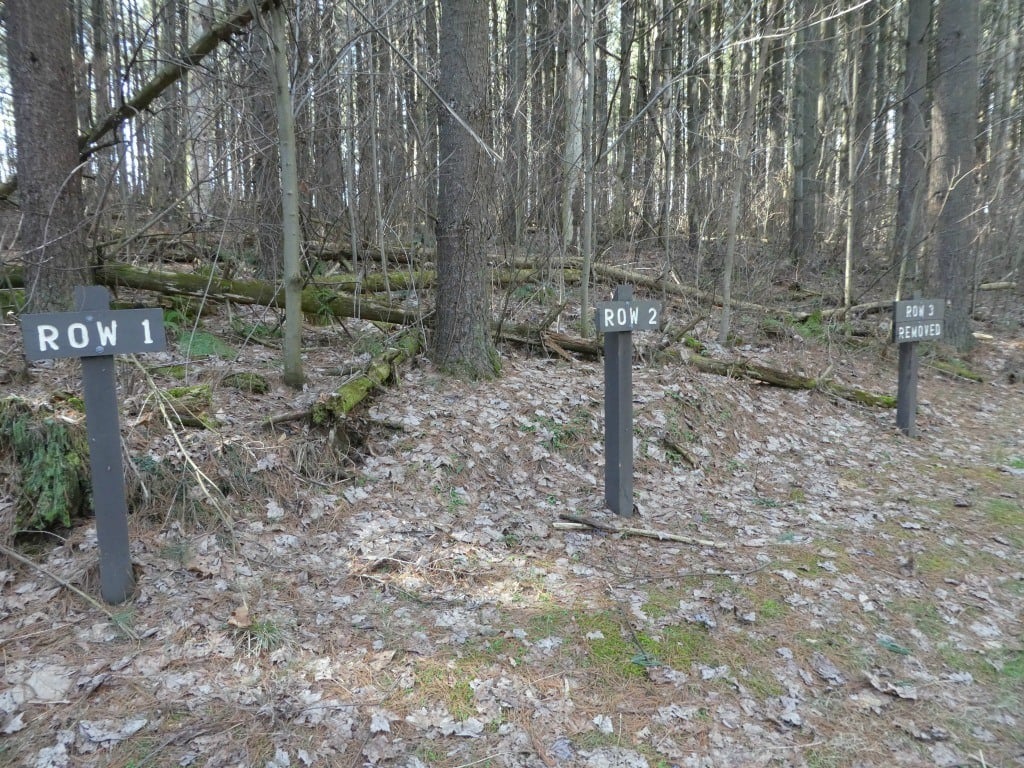 The trail leads to a section that has been clear cut. 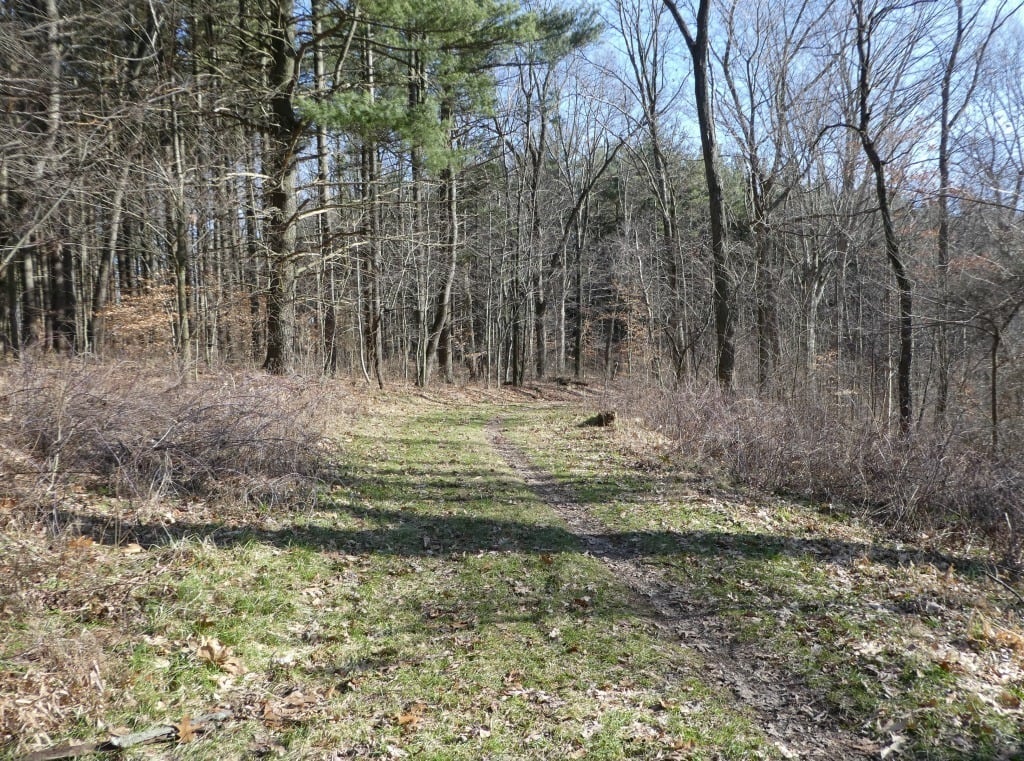 This was done to regenerate a hardwood forest. 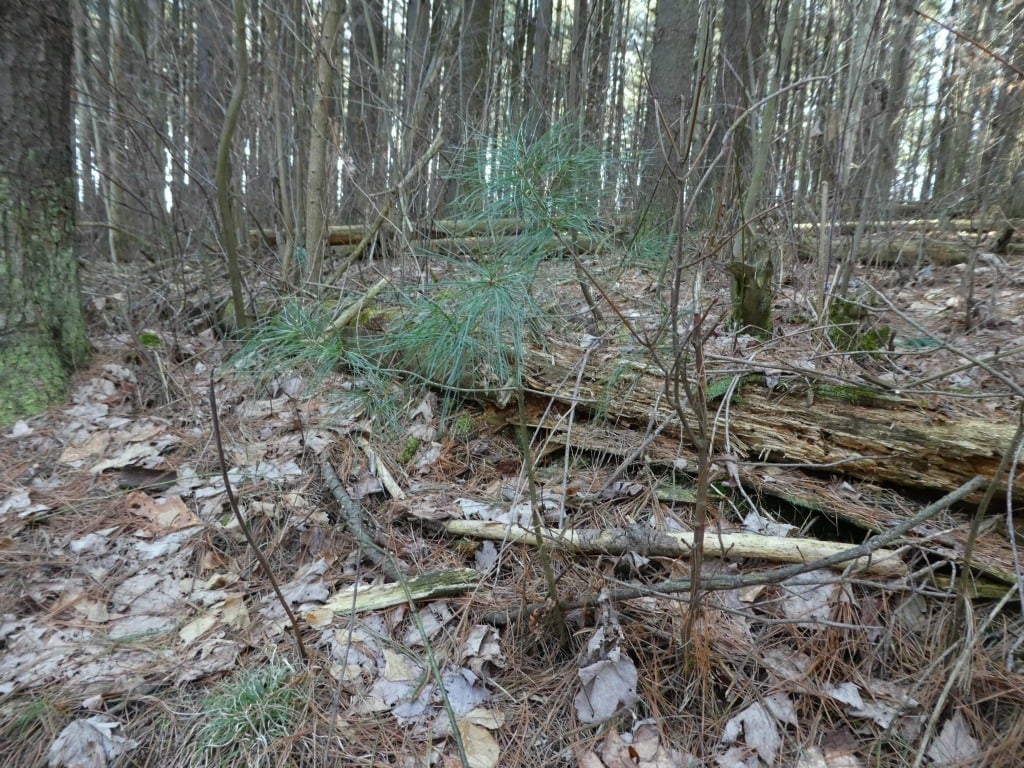 Species grown here will be determined by the seeds that blow in and are brought in by the birds and other animals. 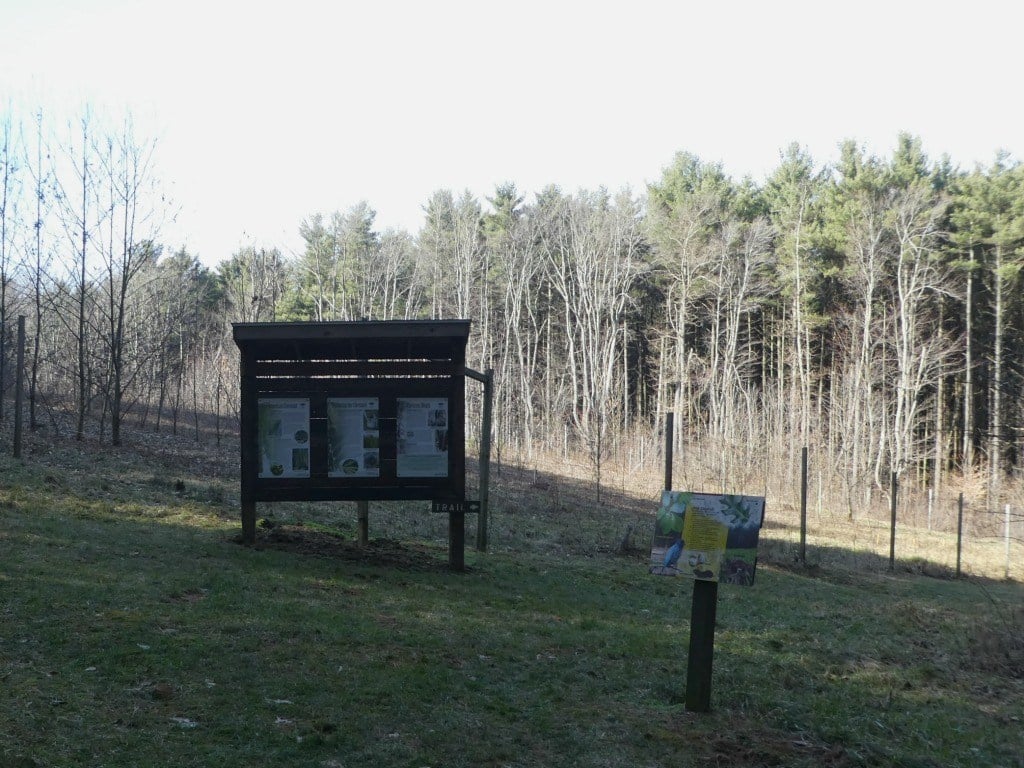 Today there is a group of chestnut trees in the middle of the land that was previously clear cut in an attempt to bring back the American classic. 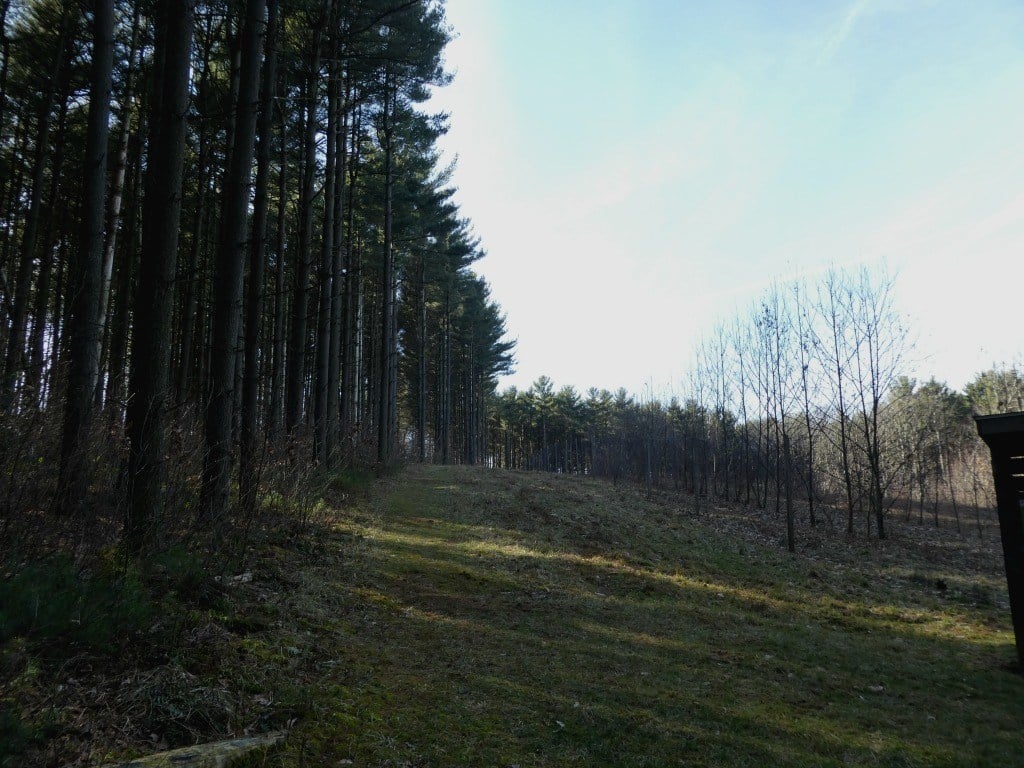 Chestnut trees used to be a popular species seen in Eastern Forests and throughout the Appalachian Mountains. At one time, one in four trees was a Chestnut Tree. In 1904 an Asiatic fungus struck the trees leading to the loss of an estimated four billion trees over the course of the next fifty years. According to the placard at the Chestnut Kiosk, the chestnut blight is often cited as the worst ecological disaster of the 20th century. 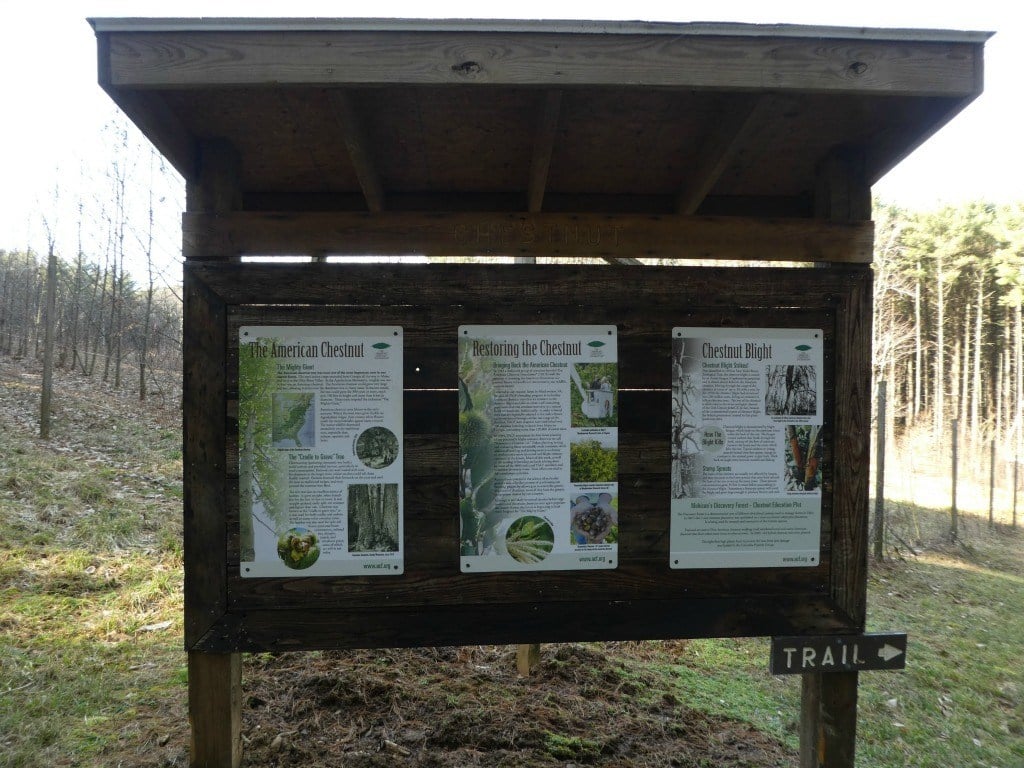 This grove of trees is surrounded by a fence to protect it from the large population of deer in the area. You can turn left to walk past the trees to continue on the trail or continue on the path around the fence. We choose the latter. 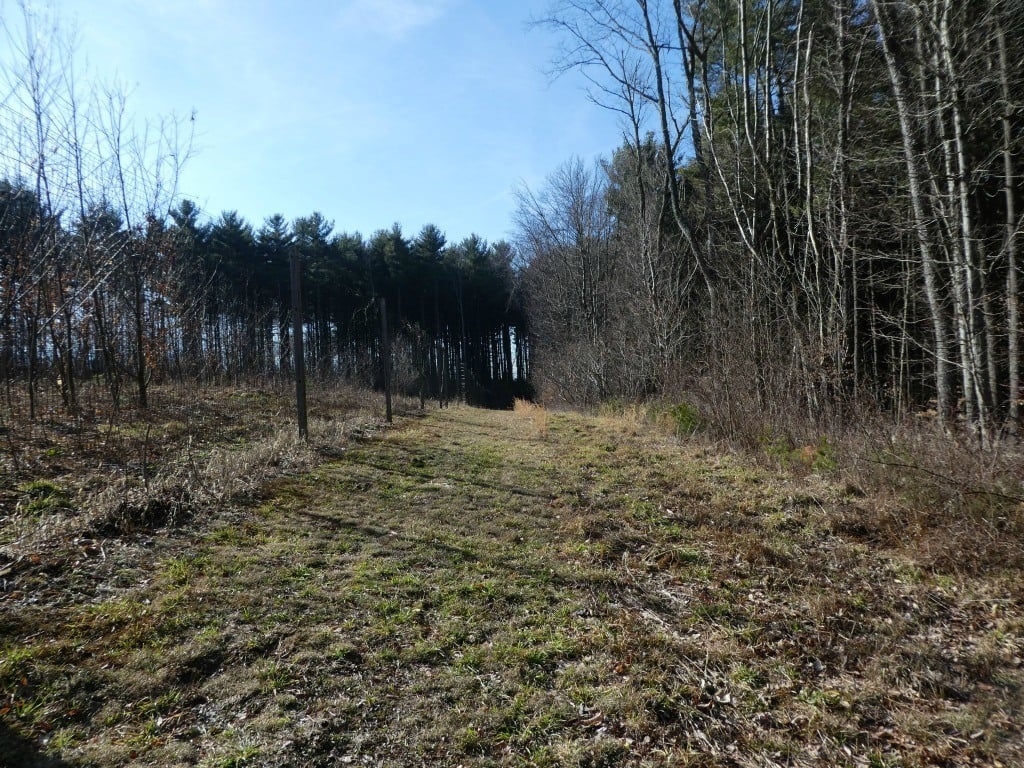 Continuing on the trail we learned how improvement cuts are made to the forest to improve the overall look and quality of the forest, learned that the trail connects with a mountain bike trail and spotted White Pines, Sugar Maples, American Beach, and White Oak trees along the trail. 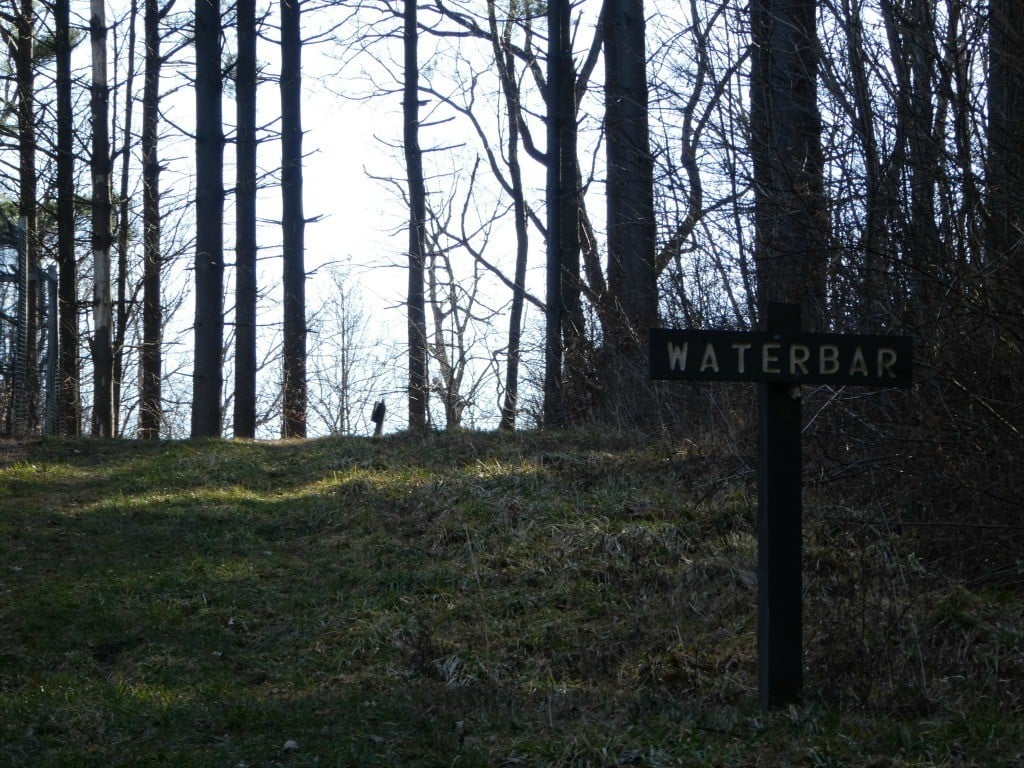 Who should Hike the Trail 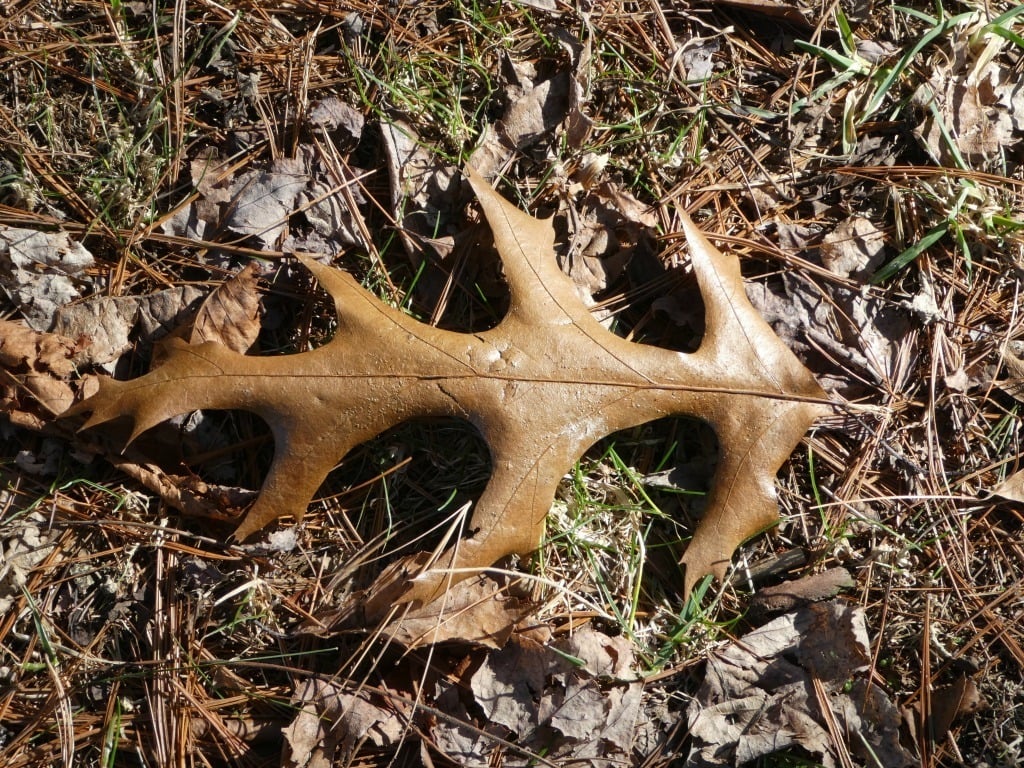 The Discovery Forest Trail is easy, pretty level (some short inclines to ascend), well-marked, great for kids and those who’d like a quick walk and want to learn something along the way. 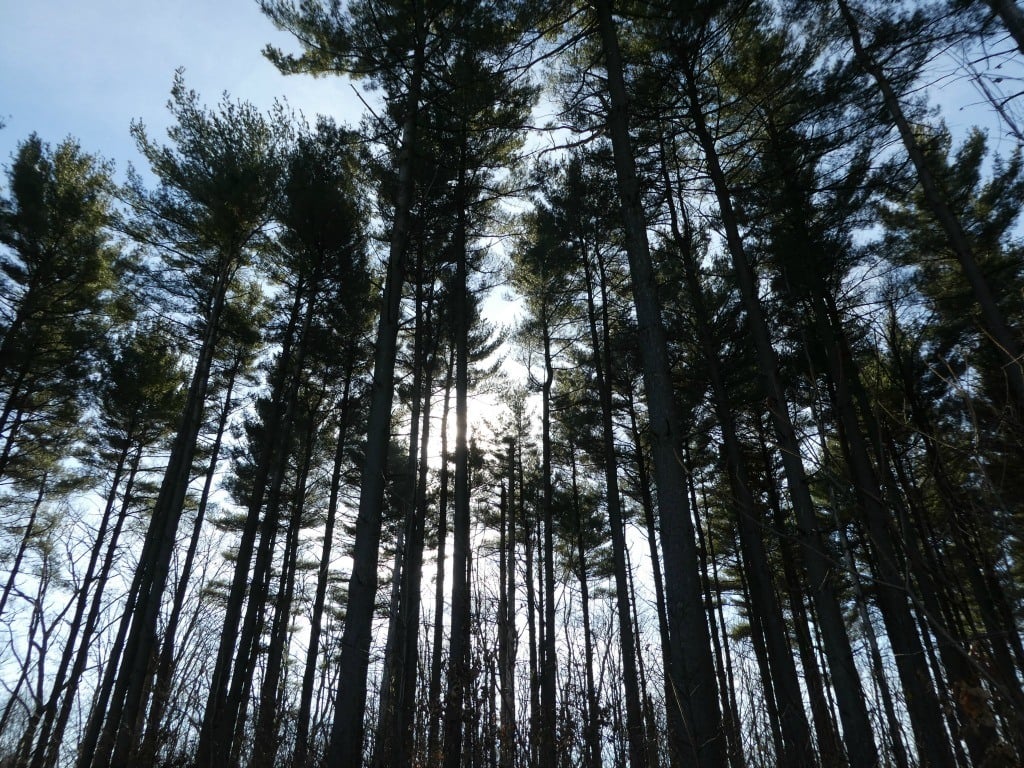 If you really want the scenic views that the area is known for plan to go to the Gorge Overlook, Lyons Falls Trail,  stop by the Pleasant Valley Dam for a view of the Mohican Valley or take a drive along the Wally Road Scenic Byway.

Want to learn more about the area? Check out these Posts: 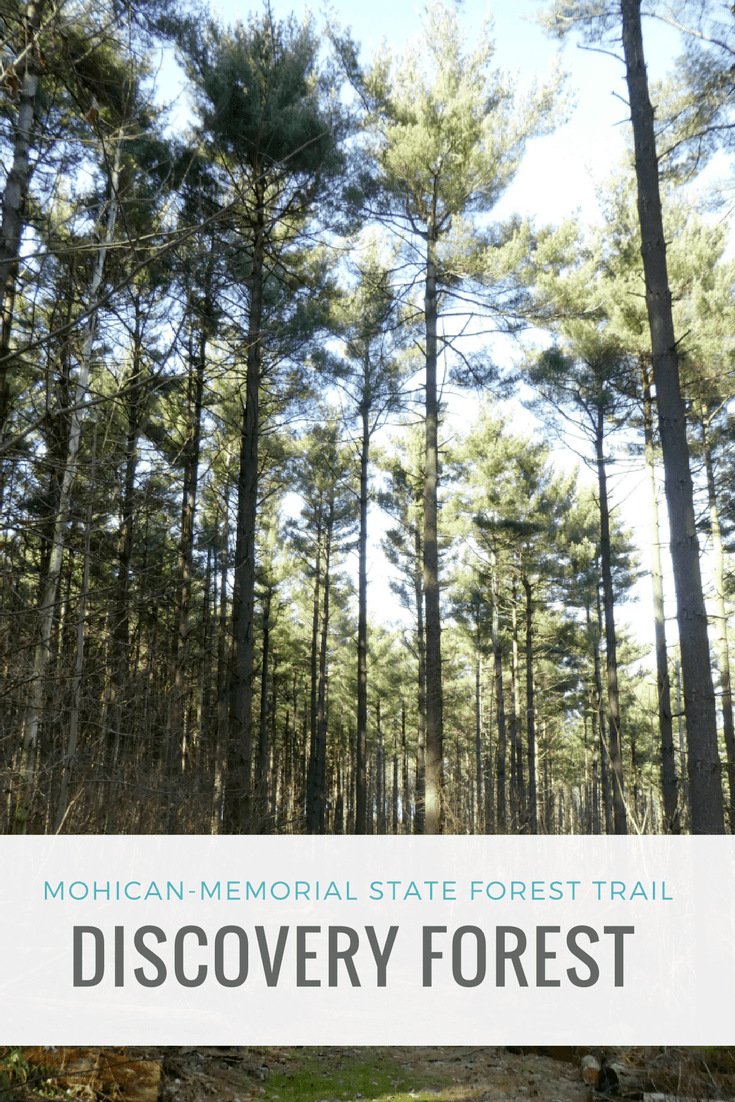