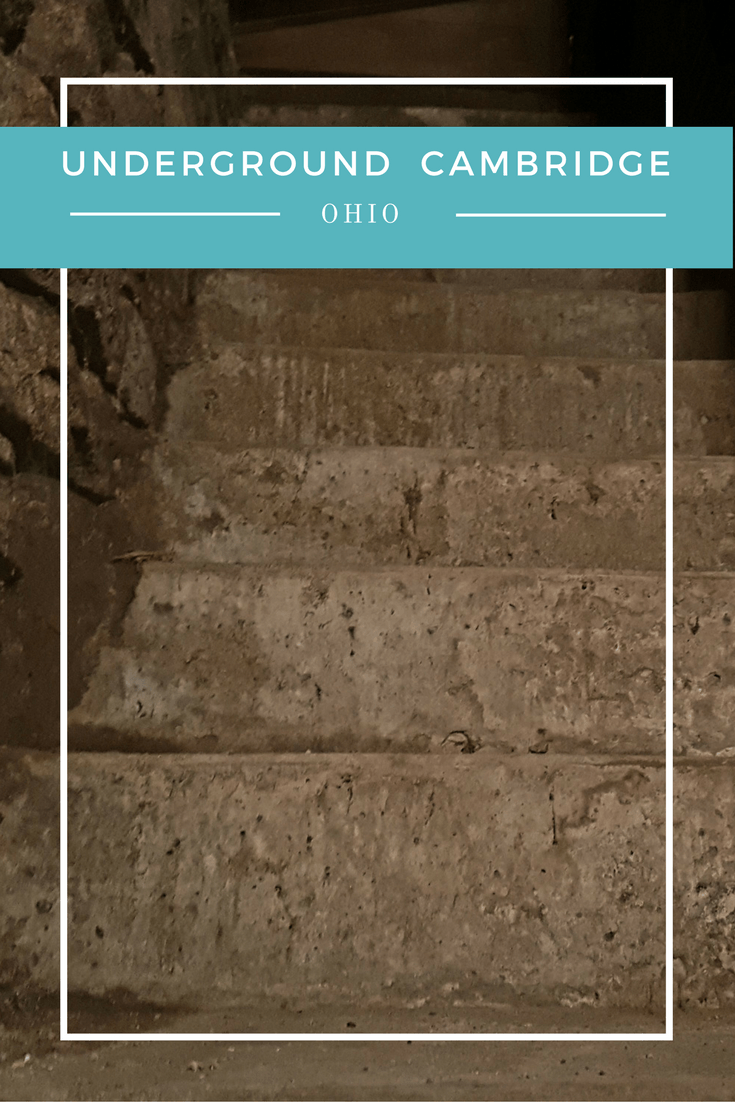 I grew up spending quite a bit of time in and around Cambridge. I may not visit as often as I used to, but I still have family that call the southeastern Ohio community home. I recently had the opportunity to see a side of Cambridge that I’ve not seen before as I traveled back in time and went underground to learn some of the history that was almost buried.

Cambridge recently launched Forgotten Places & Spaces, historic guided walking tours that take you inside some of the 20th century buildings that line Wheeling Avenue, property that is rarely open for public viewing. I was able to get a sneak peek at the tour that is held on the last Saturday of each month, with the exception of November and December).

My group met on the corner of Wheeling Avenue and North 7th Street, across the road from the Old Guernsey National Bank Block. Our tour guide, Jonette Haberfield and CVB director, Debbie Robinson, held up a photo that showed what the outside of the building looked like in 1910, pointing out the differences and similarities. Some were evident. Though the building was once three floors, the top floor was removed in 1926. Over the years, the building has held many stores and offices, including a doctor’s office. 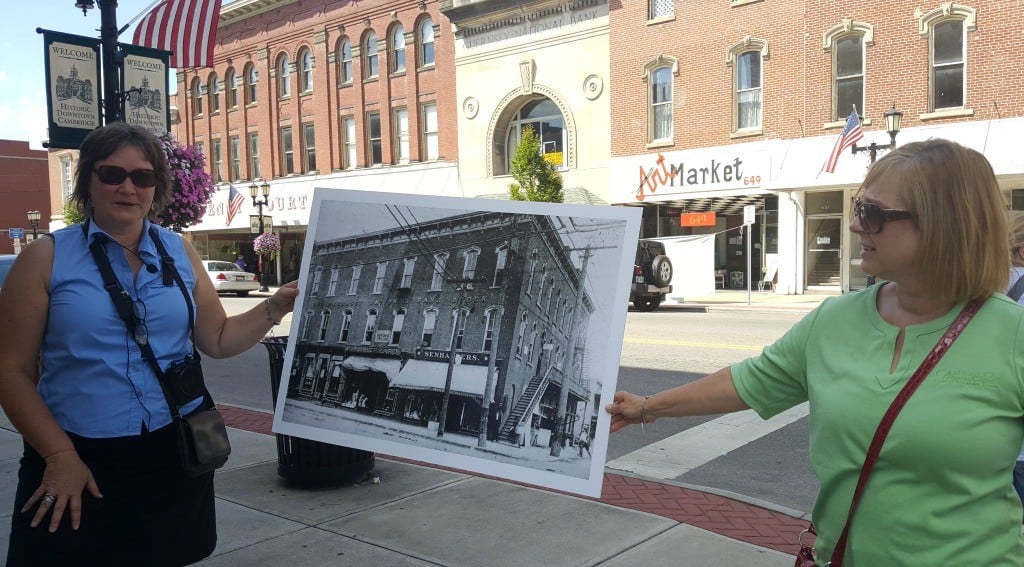 Some residents in the area were aware of the passageway beneath this building which was largely forgotten about. But in 2011, the City of Cambridge and the Ohio Department of Transportation planned a road improvement project that included new sidewalks, which meant this area would have been filled in. A study, held in compliance with Section 106 of the National Historic Preservation Act, was conducted to determine the historical significance of the storefronts and was concluded that the loss of this space would be an adverse effect on the Wheeling Avenue Historic District, which is listed in the National Register of Historic Places. You can read the full report here. 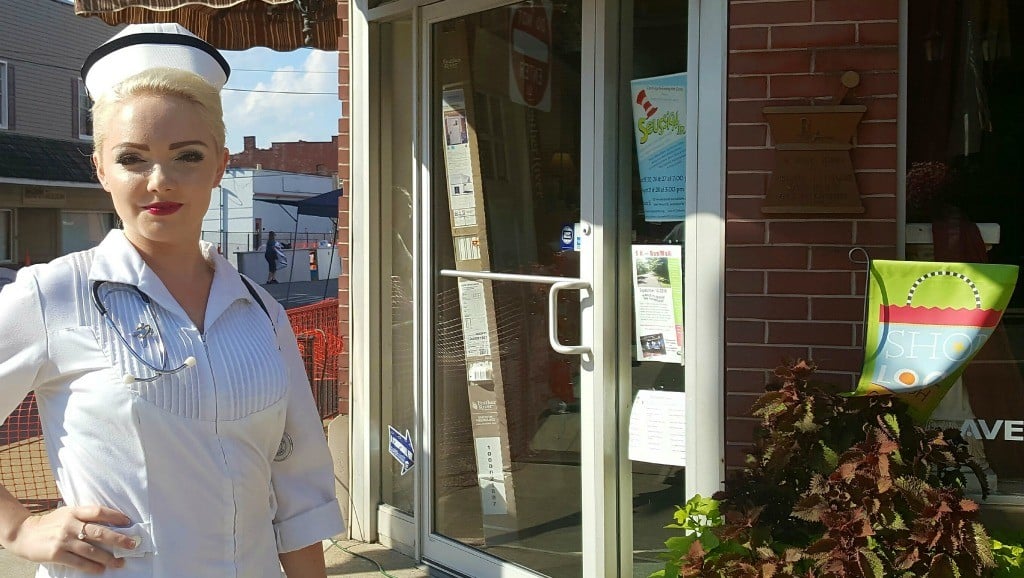 After viewing the outside of the building and making mental notes of the placement of the stairwell that is now inaccessible as well as some of the exterior features, we crossed the street and climbed the stairs to the second floor where we waited in the recreated doctor’s waiting room for our tour to be called. Magazines from the 1960’s rested on the coffee table for us to peruse. Within minutes, a receptionist dressed in period clothing emerged to show us to the examination room. We made our way down the hallway, past the doctor’s office and into the examining room.

We retraced our steps back to the ground floor and down another flight of steps into the basement. The first room we came to held a table with magazines and an ashtray. I could imagine two young women sitting at the table, taking a break from work as they discussed weekend plans and gossiped about the office staff. 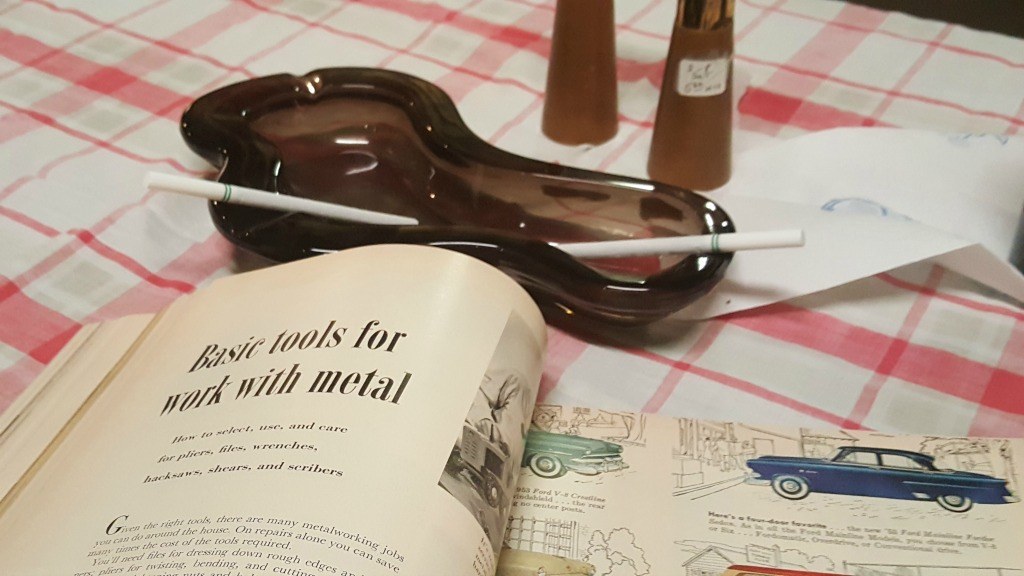 The next room was a recreated fallout shelter, something deemed necessary during the Cold War. Those of us on the tour learned what protocol would have been followed if it had become necessary for residents of the community to retreat underground. 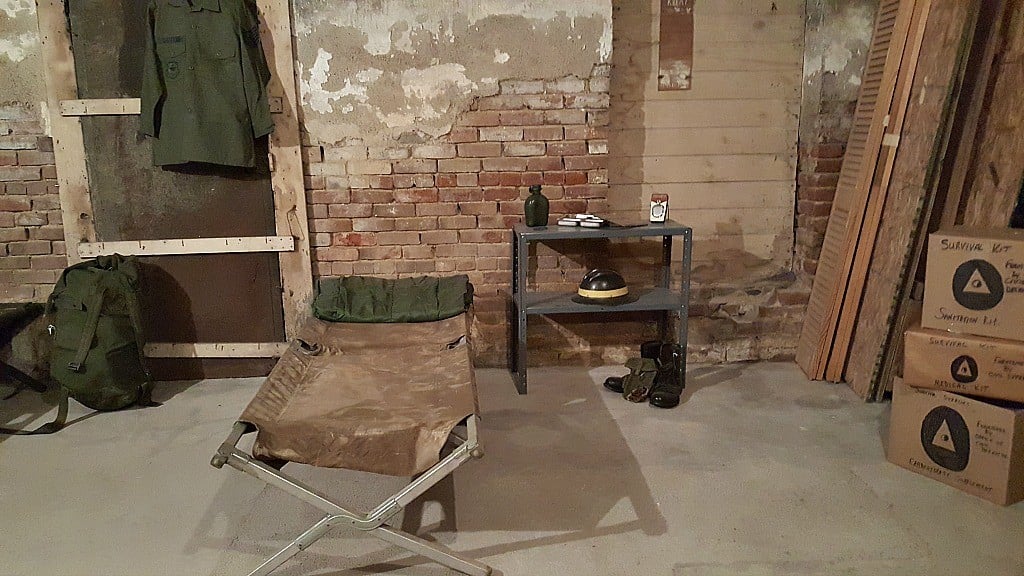 Finally, we stepped into the original storefront. The space may have been used as a market place. Remnants of old wallpaper layers remain on the walls. The floors are covered with old tongue and groove flooring. You can the dirt floor underneath where several boards are missing. In the corner is a rocking chair where a costumed docent normally sits and tells those passing by stories of her days in the neighborhood. 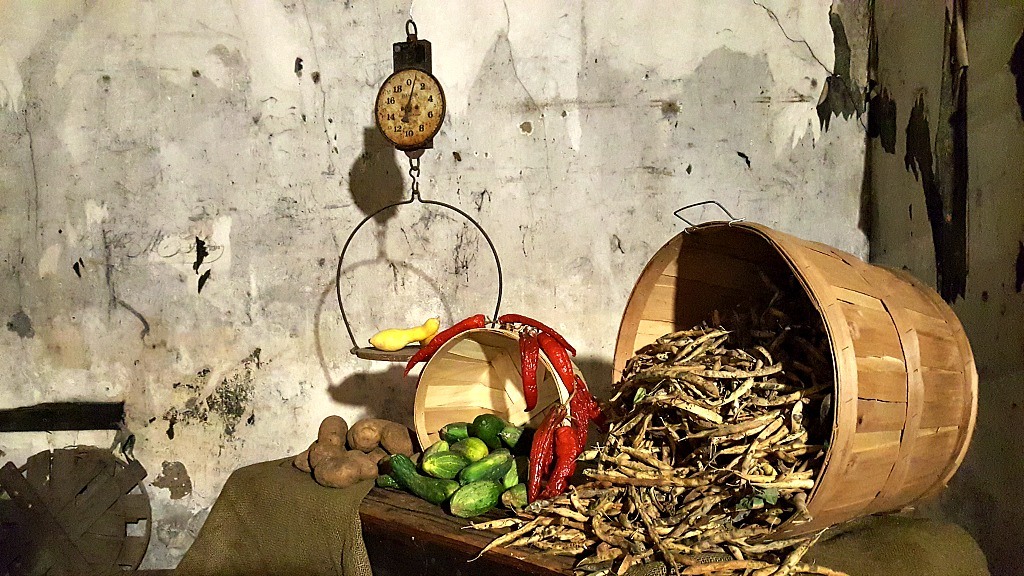 You’ll see the large windows that look out onto the brick corridor under Wheeling Avenue. Rounding the corner, you’ll find a coal crib and eventually, steps that lead up to street level. Plans are to open it up so that visitors are able to see the stairway that leads beneath the street.

Our overview of the tour offered to the public ended with a brief story as to why this space has been preserved so wonderfully. If you’re interested in the history of Cambridge, you can learn more in this book about Cambridge. 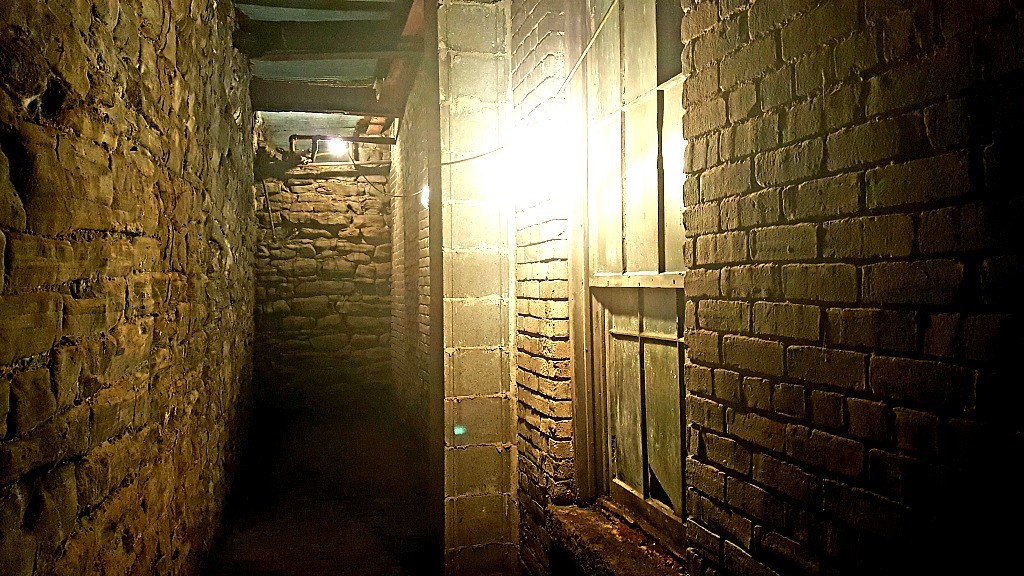 If you’d like to get a glimpse inside the long-forgotten storefront space beneath Wheeling Avenue, you’ll need to make special arrangements. Contact me via info@travelinspiredliving.com and I can pass along the contact person who can assist you.

Do you plan to make it a weekend and spend the night? Check out nearby Salt Fork State Park or read the reviews and find a deal on this popular hotel site.

Planning a trip to Cambridge? Check out these nearby attractions:

And don’t miss my Ohio bucket list which is full of things to do in Ohio.

Five Free Things to do in Skagway, Alaska
35 Things to do with Teens in New York City
The Ultimate Road Trip Resource

Disclosure: I was invited to attend this abbreviated tour by the Cambridge CVB. This post does contain affiliate links that help support this site.

How cool to visit history in such a way. The peeled wallpaper, the vintage look... it could def. have been very emotion stirring.

What an original tour!!! Thanks for sharing.

The recreated doctor's area is super neat! It looks so old timey! I would love to visit.

This is so cool! I guess I never knew there was so much history surrounding it! I would love to go!

This is fascinating. I love visiting historic places and learning so much about the culture!