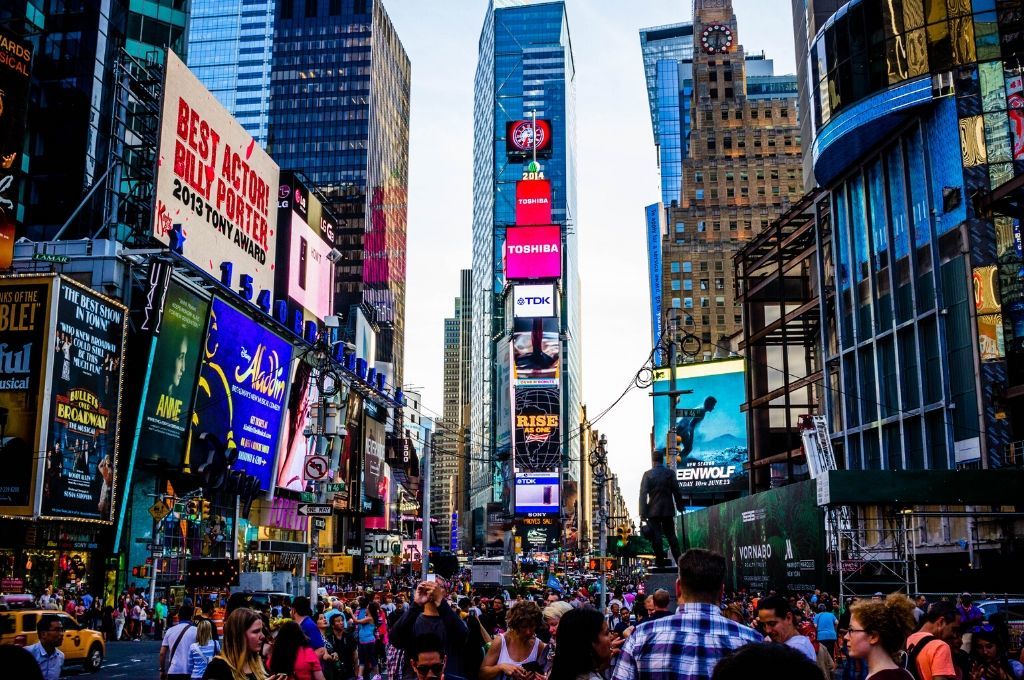 Larger than life flashing billboards, glaring neon lights, the top stores in the country and hundreds of consumers and tourists crowding the streets is a pretty accurate summation of what one can expect to find in Times Square.

While I was a bit reluctant to make the pilgrimage to the neon Mecca, my dear 16-year old daughter couldn’t wait to be right in the midst of all the chaos. So we planned a trip to New York City so my daughter could experience all the Big Apple had in store, including Times Square.

What to do in Times Square with Teens

Times Square has so many enticing attractions that it may be difficult to decide where to disperse your vacation budget. You could catch a Broadway show, visit Madame Tussaud’s Wax Museum, wander through the collection of Ripley’s Believe it or Not? Odditorium or play games at the huge Dave & Busters arcade. 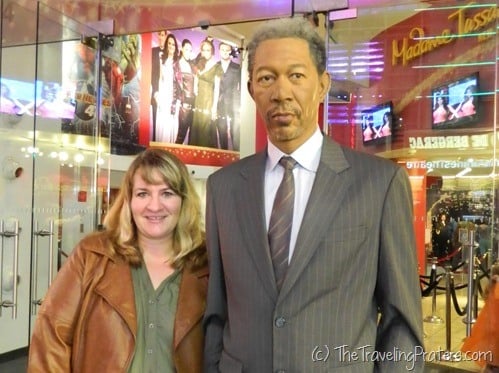 All of those options would be cool when visiting Times Square with teens, but we opted to walk through the streets people watching, window shopping and gawking at the store displays while we searched for the Naked Cowboy. Granted it was kind of rainy and more than a tad bit cold, but my daughter was convinced she would find him. We did not. But maybe that’s because we didn’t bother to begin our quest to find him until nearly midnight.

We did find a few other characters to pose with, like this grumpy costumed Batman who wasn’t happy with the couple dollars we tipped him. I’ve since learned that $5 is an acceptable tip so stock up on those five-dollar bills before your trip so you’re better prepared than I was. 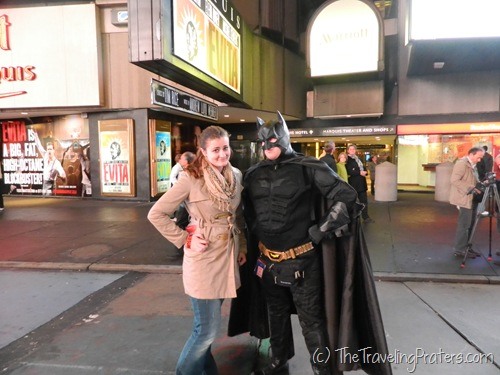 Or the cookie monster that latched on to my daughter and started singing her a song. In her words… “Creepy. Eww.” 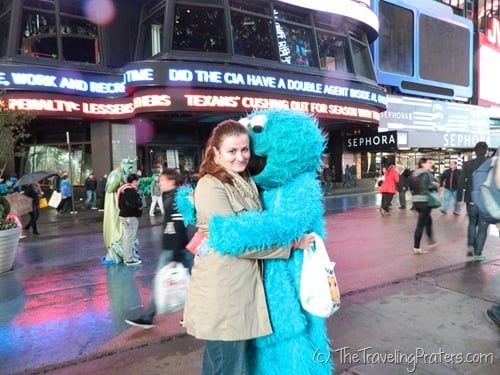 We didn’t take the time to watch Mary Poppins, but my daughter sure thought it would be fun to pretend that she was her…for a few minutes anyway. 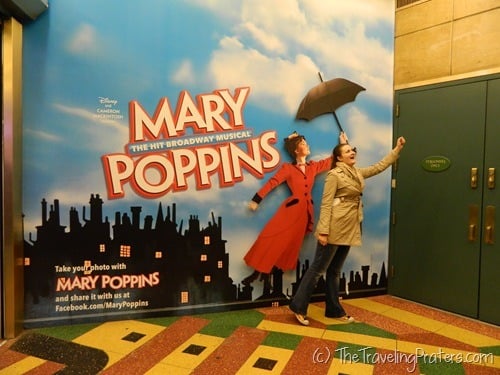 Here are a few more things to do when visiting Times Square:

1. Times Square is busy, busy, busy and it wouldn’t be too difficult to get separated from your child. Have a plan in place in advance, in case the unthinkable were to happen.

You could meet at a certain store, or at your hotel, but since it’s easy to get turned around in Times Square, I directed my daughter to stand at the nearest crosswalk, call me and tell me what intersection she was at and wait, in the event that we were separated. (I was equipped with a map and my Smartphone so I was sure I could find her).

2. If you’re staying overnight in the city, consider booking a hotel in the heart of Times Square.

Our hotel was only a few short blocks from Times Square and it was amazing, but next time around, it would be nice to stay smack in the thick of things.

3. Depending on the age of your child and where you live, you should plan to offer supervision.

I really would never turn my kids loose in Times Square. Not my daughter anyway. My boys are older and at 19 and going on 18, they’re another story. I can envision them complaining a bit if they weren’t allowed to explore on their own.

If your children are older and you do allow them to strike out on their own, you may want to have some clear boundaries in advance of where they can go and what time you expect them to meet you.

There are also elements in Times Square that are not family-friendly but there is so much going on that it’s easy to overlook the negative.

4. Don’t miss out on Times Square because you’ve already spent your travel budget elsewhere in NYC. As I’ve mentioned, there is plenty to see without spending money.

5. Make sure your teen has some spending money.

My daughter didn’t spend any money on our trip until we ventured into Times Square.

She’d been dying to pick up an “I Love New York” t-shirt and snagged one for under $10 from one of the many souvenir shops in Times Square.

6. Make sure you have your camera handy and a full memory card.

You will want to take LOTS of pictures of the things that you see.

7. Have fun with your teen and make memories.

My daughter and I had a blast. I may have felt funny striking a pose with  Morgan Freeman but hey, that’s what memories are made of. Have fun!

8. While nighttime is certainly optimal for the full “Times Square” effect, don’t miss an opportunity to visit during the day. It’s still pretty awe-inspiring. 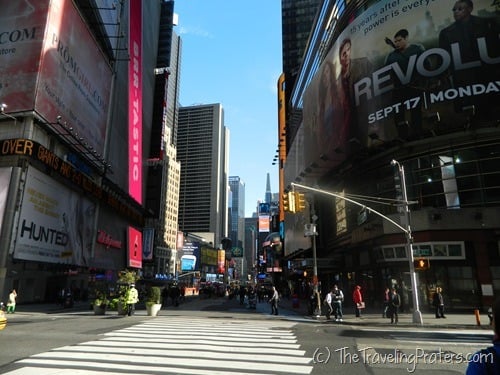 Have you been to Times Square with teens? What made your experience memorable?

Other posts about New York City: 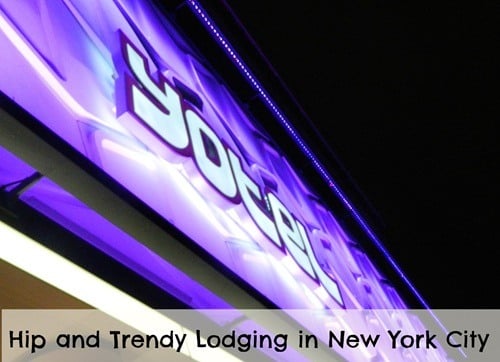 The YOTEL: Hip and Trendy Lodging in New York City 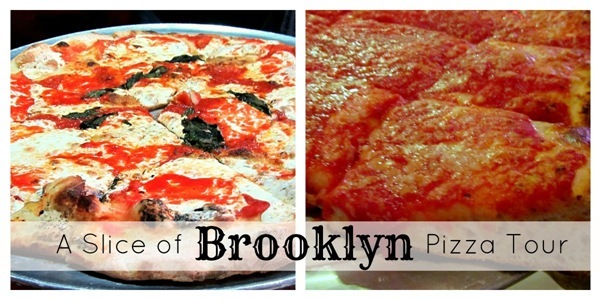 Forget about Manhattan with a Slice of Brooklyn Pizza Tour 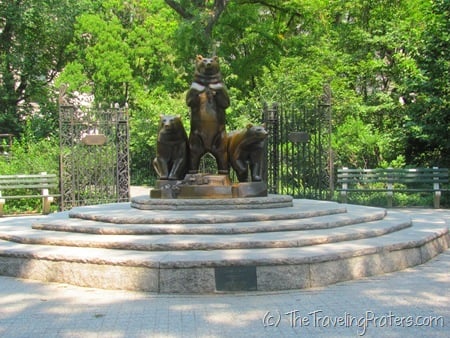 Why you Should Visit Central Park in New York City 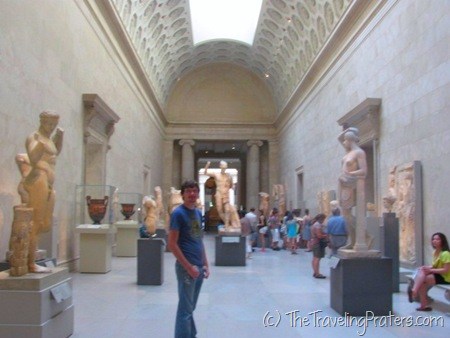 35 Things to do in NYC with Teens 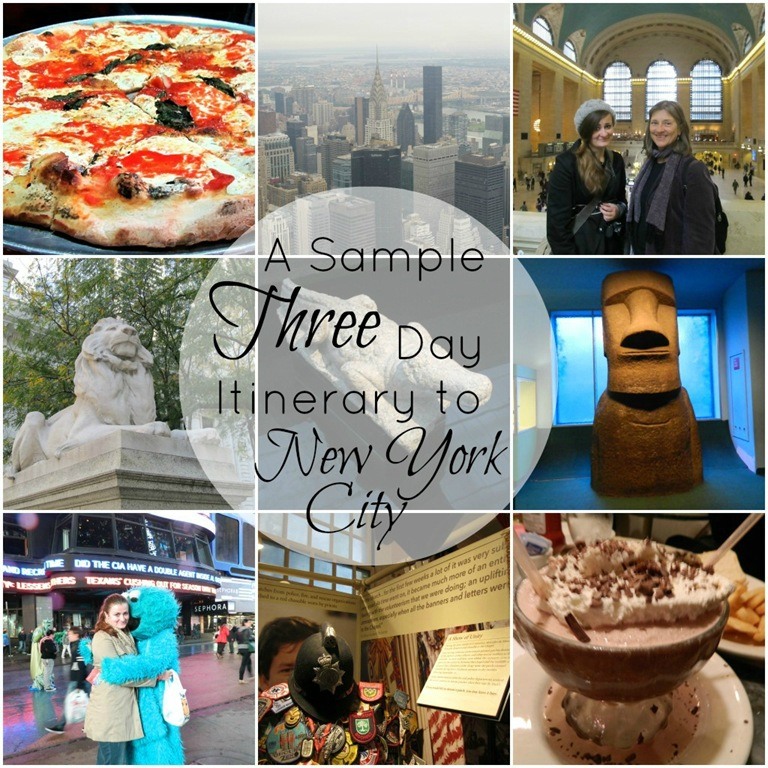 Thanks for the Toys'R'Us tip. I would not have expected all that inside. I can't wait to bring my kids here someday. New Year's Eve perhaps?

I've often thought that it would be fun to visit NYC and Times Square on New Year's Eve but I would NEVER be able to talk my husband into it. :(

Thanks for the tips -- I wouldn't let a teenager loose there either. I went when I was in my 20s and found it very overwhelming.

We did spend a bit of time in Times Square, but alas, we did not see the Naked Cowboy either. Looks like a fun time with a teenager.