Do you have a favorite Ohio attraction?  Have you ever given it much thought? I’m asked to provide recommendations all the time but as you can imagine, it’s hard to provide one attraction that will satisfy everyone. I asked some of my travel blogging friends to share their recommendations of what they consider some of the best historic attractions in Ohio. You can read about those below. 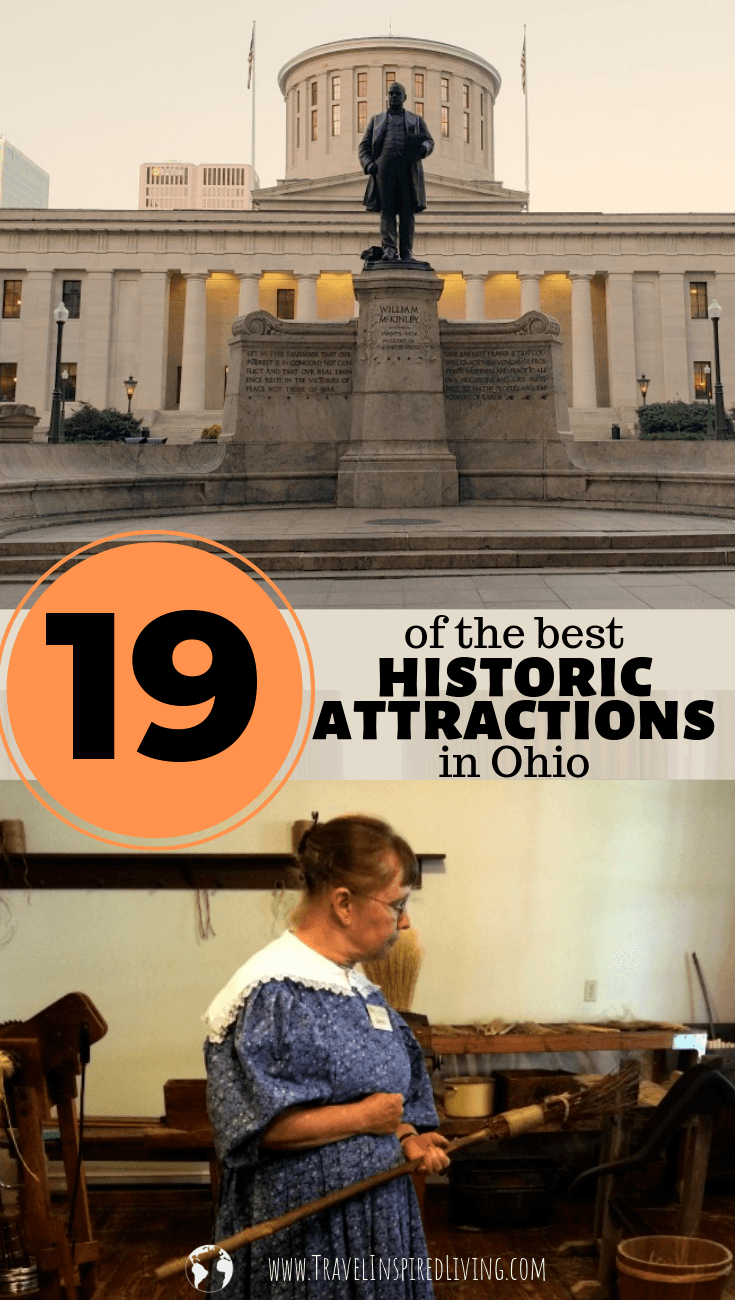 If you haven’t realized it, the thing about Ohio is that there are so many interesting things that have happened throughout the course of history that it is difficult to choose what your favorite Ohio attraction would be without putting some of the more historic attractions on the list.

LOOKING FOR MORE OHIO ATTRACTIONS?  – Check out our list of quirky things to see in Ohio or our picks for weekend getaways.

That is why I decided to provide you with a list of the greatest historic attractions in Ohio so that you can do your touring in Ohio based upon what type of attractions you are looking for! If you are ready to take a little adventure back in time, check out the great stops you could discover: 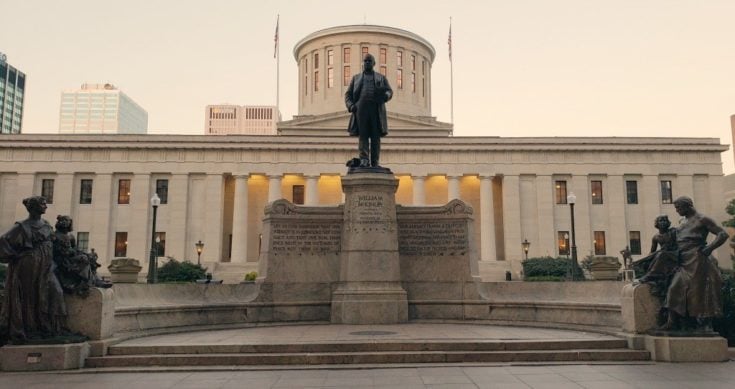 If you haven’t yet visited, you should definitely check out the Ohio Statehouse and it’s free official guided tours! The building was finished back in 1847 and has become well known for its unique rotunda. 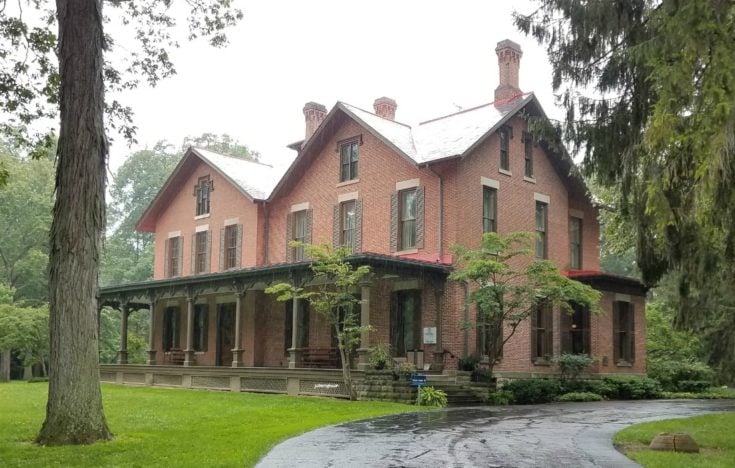 President Rutherford B Hayes Presidential Home is an attraction that is a must see. Beautifully decorated as it was when he and his wife Lucy lived there. Take a tour of his presidential library, also at the same location. 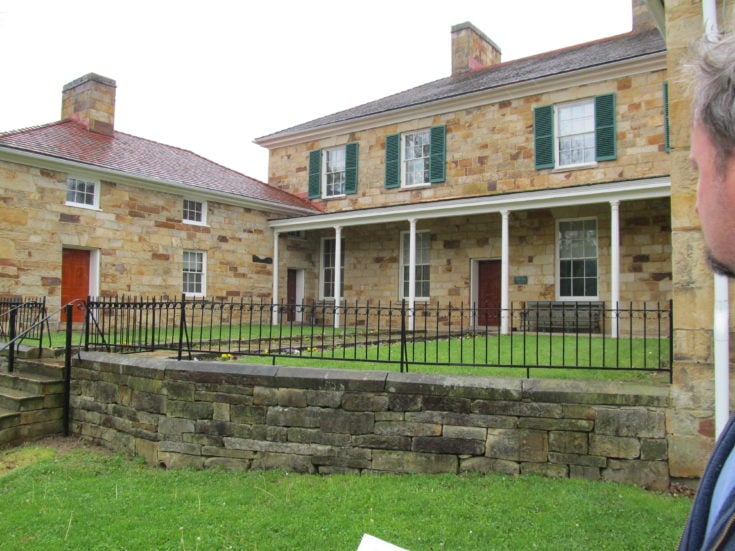 The Adena Mansion and Gardens in Chillicothe

Did you know that Chillicothe was Ohio’s first capital city? That’s right. It was. Now, obviously that honor has been bestowed elsewhere, however, the beautiful Adena Mansion and Gardens is located in Chillicothe and is the former home of Thomas Worthington, who was the 6th governor of Ohio and one of the first senators in the United States. 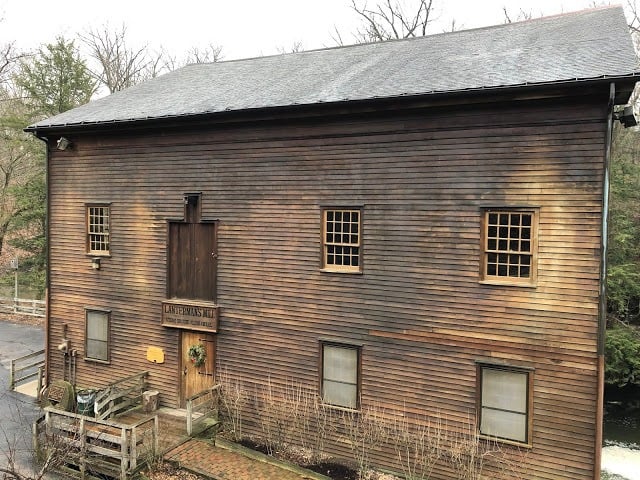 Historic Lanterman’s Mill in Youngstown, Ohio melds together a stunning landscape with a slice of history. Originally constructed in 1845-1846, the gristmill is the third to exist on the site and has been restored to once again grind corn, wheat and buckwheat into flours sold at the mill shop. Lanterman’s Mill is perched in a stunning gorge which provides a magnificent hiking opportunity as well. 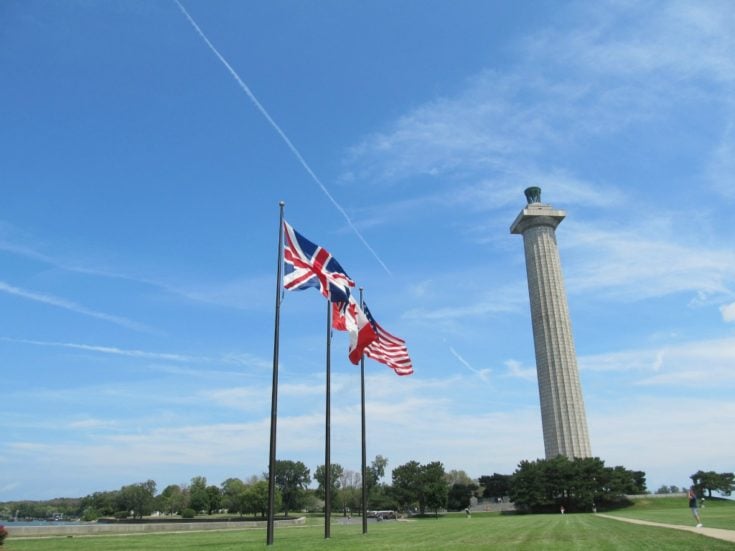 A good memorial is always a great learning experience and this memorial is an unforgettable one. Located in Put-In-Bay, Perry’s Victory and International Peace Memorial memorializes the famed Battle of Lake Erie and Commodore Oliver Perry's triumph over the British forces during the War of 1812. 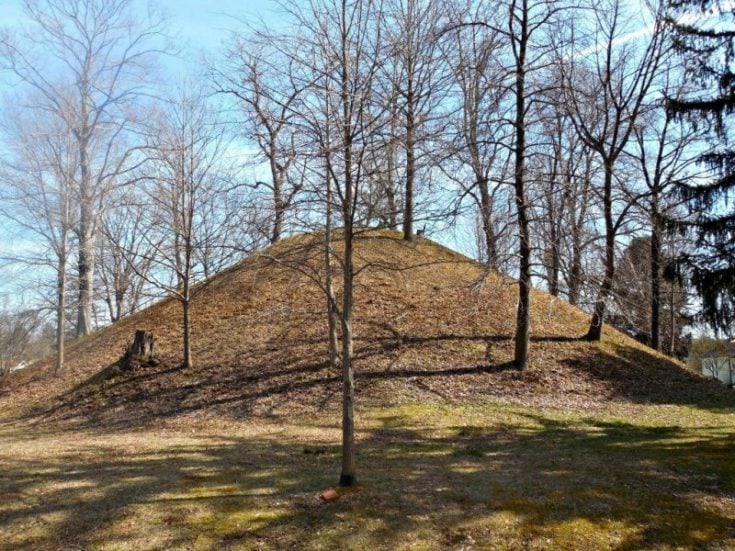 Though Mound Cemetery is just one of the historical attractions in Marietta, OH, it is a must see for history buffs. It contains two different types of Native American mounds: burial and ceremonial. I always thought that the mounds were only for burial, so learning about the ceremonial mounds was very interesting for me and will be for you too! 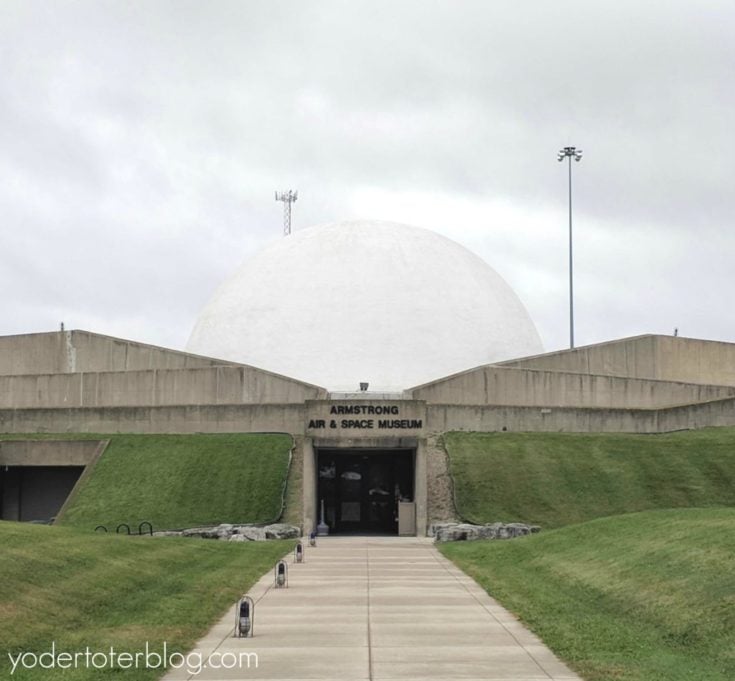 The Armstrong Air & Space Museum in Wapakoneta, Ohio chronicles the life of Neil Armstrong and other astronauts as they prepared for the Apollo 11 mission to the moon. A visit to the museum includes a 30-minute engaging film and 4 space simulators. 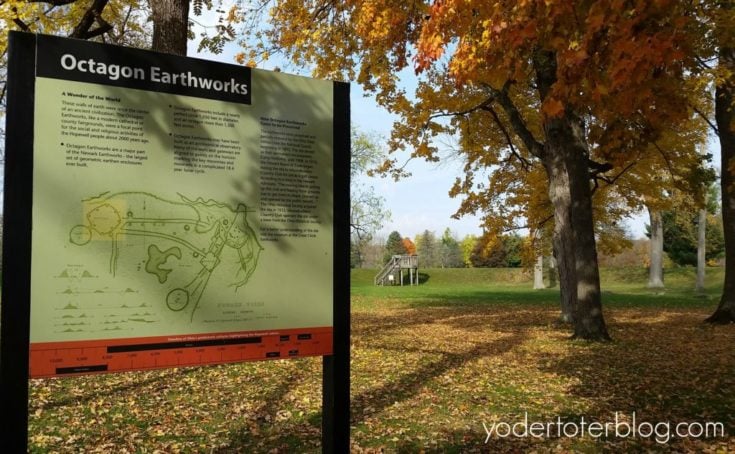 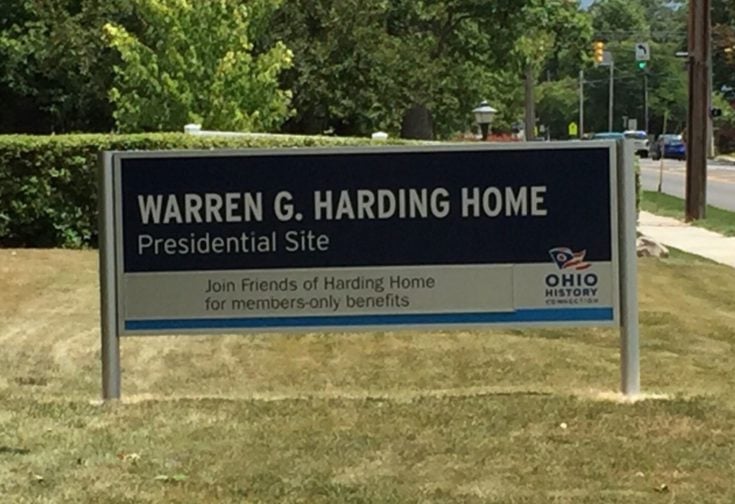 Warren Harding the 29th President is from Marion, Ohio. You can tour his home where President Harding carried on his “Front Porch” campaign. Learn about the Hardings and their lives before the Presidency in this historic treasure! 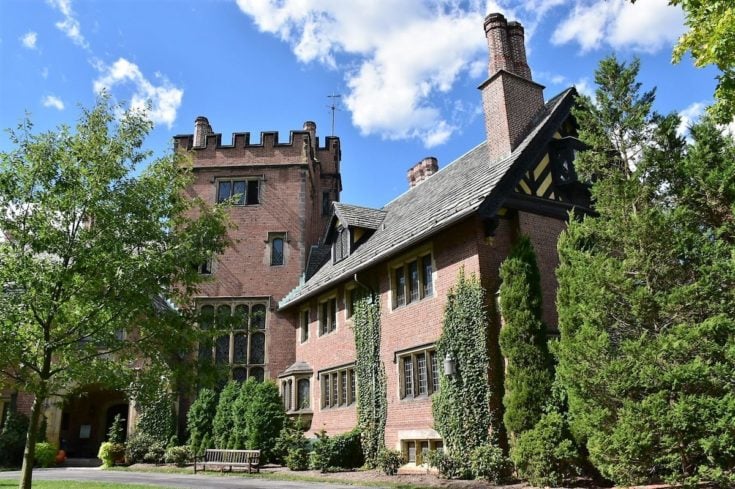 Situated in Akron, Stan Hywet Hall and Gardens is a Midwest historic treasure. Once home to the co-founder of Goodyear Tire and Rubber Company, the estate is not only designated a National Historic Landmark but also one of the largest homes in America open to the public. A trip to the home will take you on a journey through America's past while discovering architectural beauty and extravagance at its best. 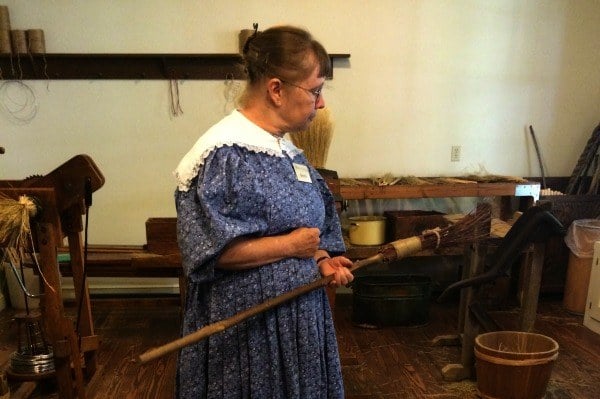 Experience life in an 18th century canal town when you visit Roscoe Village in Coshocton, Ohio. 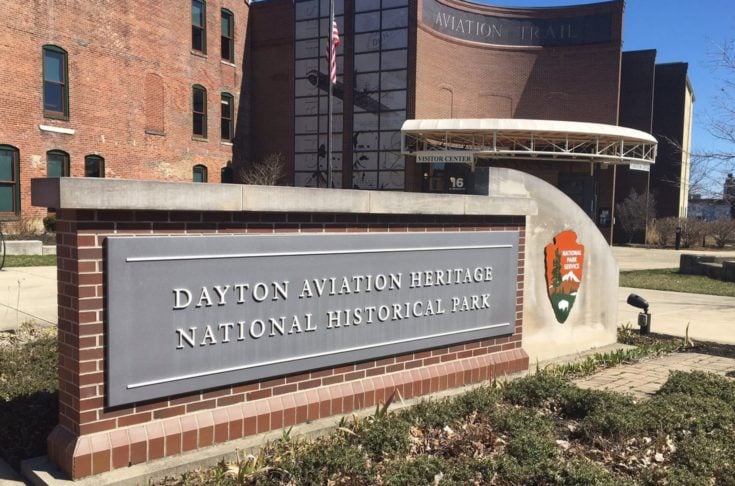 Are you an aviation fan? You are going to love the Dayton Aviation Heritage National Historic Park. Here you will see sites connected to the Wright Brothers and their flight experiments, including the original Wright Cycle Company Building which is where the Wright Brothers operated a bicycle shop. 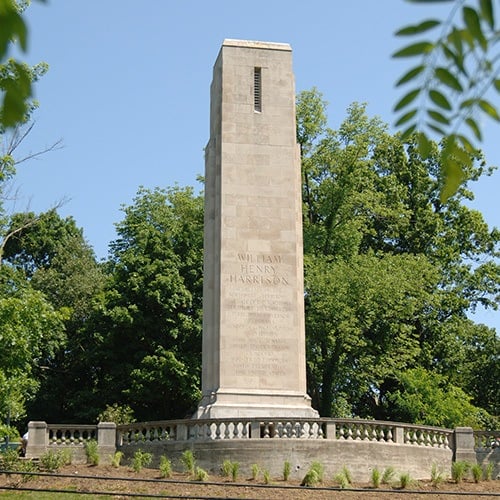 William Henry Harrison was the ninth President of the United States, and was the first president to have been born in Ohio. In North Bend, you can find his tomb and memorial. 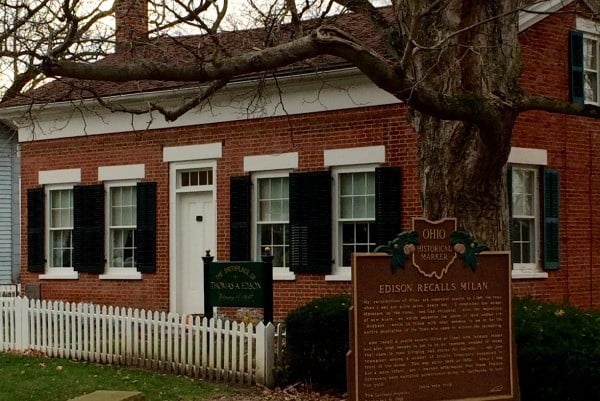 Yes, you read that right. In Milan, Ohio, you will find the birthplace and childhood home of Thomas Edison! The brick house was built by Thomas Edison’s father back in 1841 and still stands today! 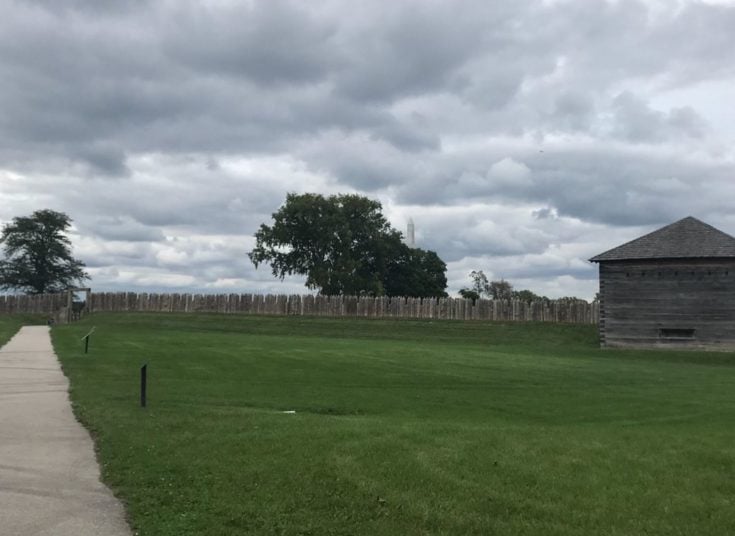 If war history intrigues you, you can head over to Perrysburg and visit Fort Meigs State Memorial to see a reconstructed version of Ohio's War of 1812 Battlefield in Perrysburg. Better yet, save your visit for Memorial Day because each year on this day, the staff and volunteers of Fort Meigs do a war reenactment and a wreath laying ceremony. 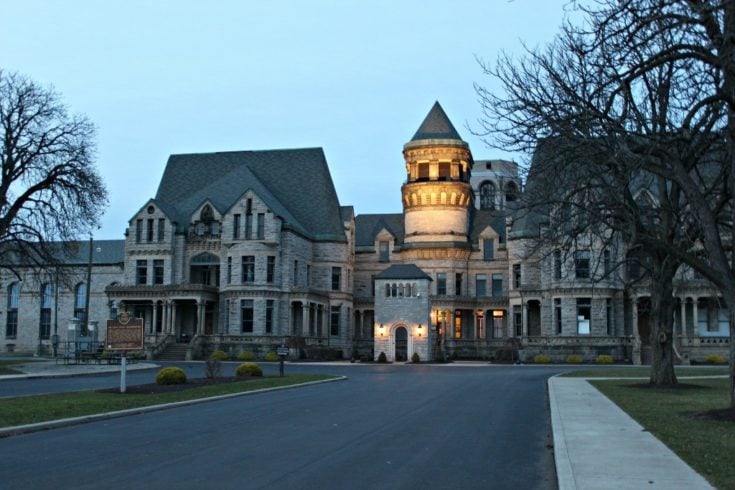 Operated by the Mansfield Reformatory Prison Society, the Ohio State Reformatory is the largest castle-like structure in Ohio and is listed on the National Register of Historic Places and as one of the “101 Places to See Before you Die” by the Travel Channel. 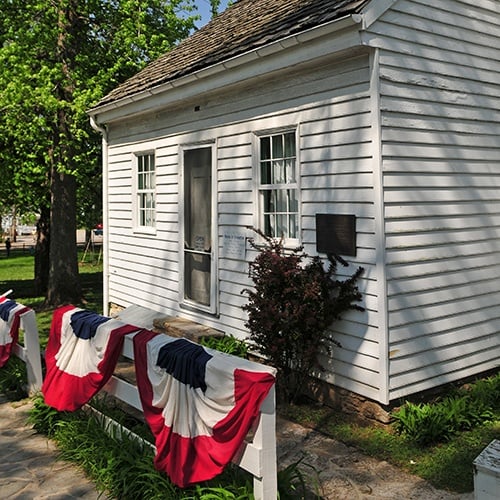 Another birthplace of one of the nation’s most famous historical figures, is located in Point Pleasant. Here you will find the fully restored birthplace of Ulysses S. Grant, who was, of course, the 18th U.S. President. 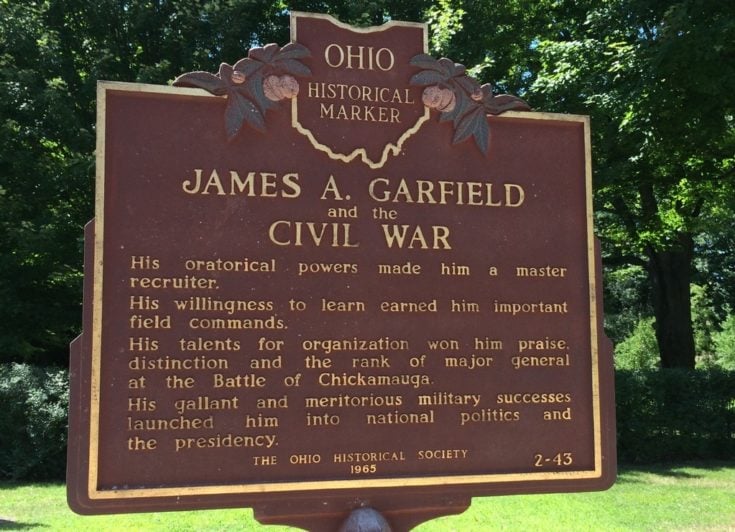 In case you didn’t know it, Ohio is the place of presidents! This historical attraction is in Mentor and is the actual former home of James A. Garfield, the 20th President of the United States. 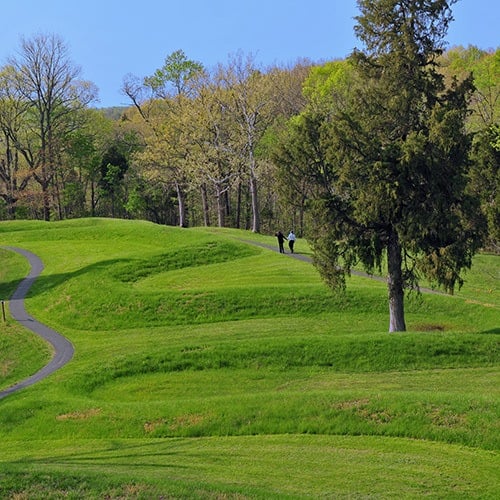 Peebles is the home of the largest and most uniquely shaped effigy mound in the world. The original purpose of this mound remains a mystery as there have been no artifacts ever found near it, but it is a very interesting place to visit!

Don’t forget to add the Ohio Statehouse for things to do in Columbus Ohio. The Statehouse is free to visit.

Have you visited any of these historic Ohio attractions? What would you add to this list?

The glacial grooves on Kelley Island is a must see as well.

Great! I really love historic places and attractions not just because they are beautiful and nice but also because of the stories with them. Thank you for sharing.

I hope you find some great spots to visit!